Friends, 2020 was… not great. But it was also the first full year of existence of the Progress Report, our full-time media project, and there’s a lot to be proud of. Our small but mighty independent news site broke huge news, told stories that other media organizations wouldn’t touch, and hosted fearless conversations on our podcast.

But before we get to the highlights we have one thing to ask. Can you become a monthly donor to the Progress Report and help us become financially sustainable?

Your donation ensures our continued existence as the aggressive, fact-based and proudly left-wing news organization that we are. With your support we can continue holding the rich and powerful to account and shining a light on the dark recesses of money and power in this province. 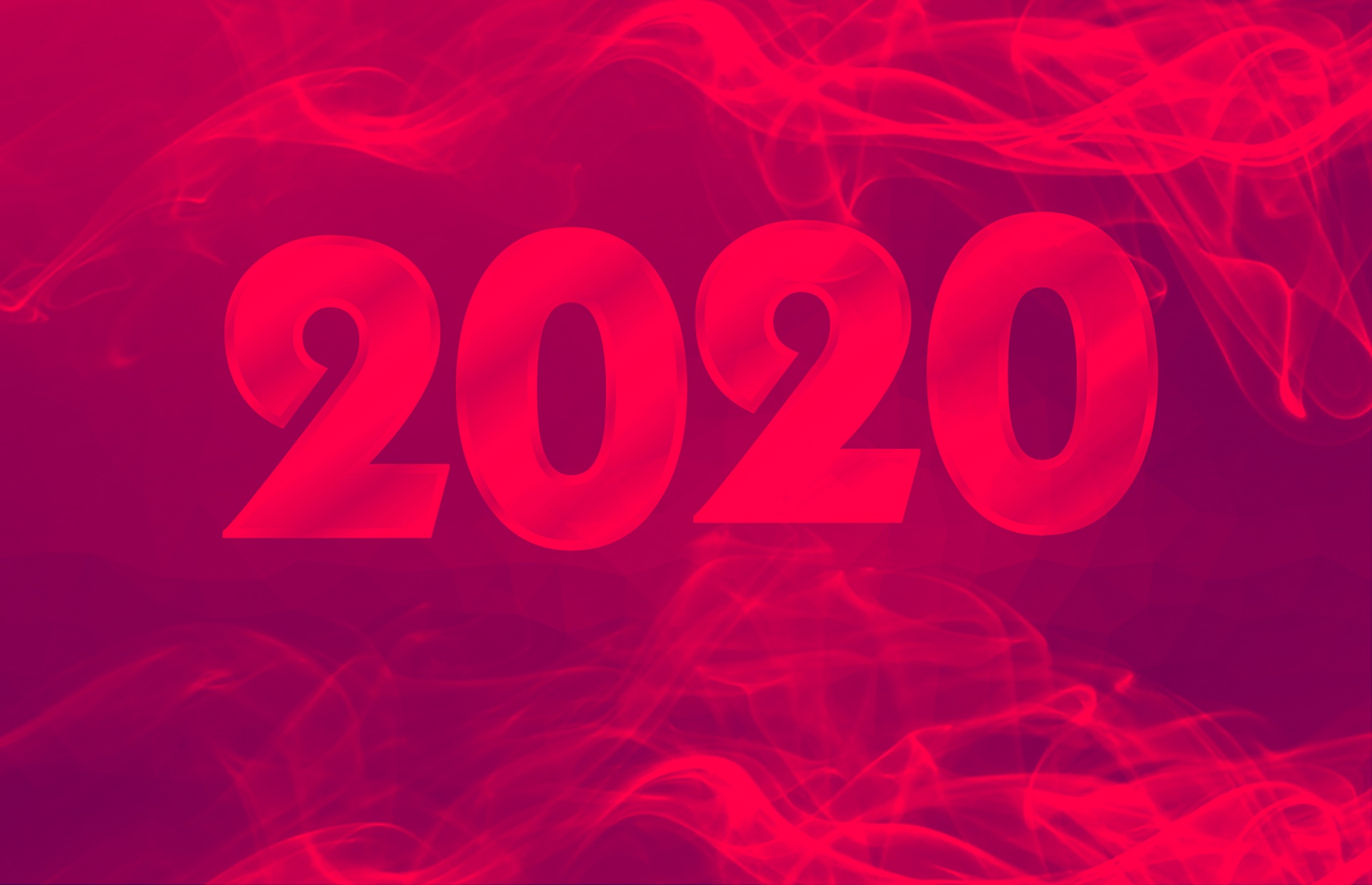 In January, we interviewed Murtaza Hussain of the Intercept about the great Esso coverup--how the oil giant knew climate change was going to be a catastrophe, but spent millions covering it up. Organizers from the then-nascent Free Transit Edmonton project gave us a preview of the campaign that would become a big issue in Edmonton’s municipal politics. And with it looking obvious that Albertans would be hitting the picket lines some time in the fall, Sam Gindin joined us on the podcast to tell us about what activists learned during the Days of Action during the pitched battle between labour and Mike Harris’ conservative government in Ontario in the 90s.

February saw us take the Kenney government to court, and win. They tried to keep us out of the 2020 budget lock-up and press conferences but were unsuccessful. The judge even awarded us $2000 (though that didn’t even cover the legal fees for this case). Oh yeah, and we also covered Jason Kenney’s joke of a budget that everyone knew was bogus the day it came out (COVID wasn’t really considered).

March we interviewed Tom Hesse from UCFW 401 about how front-line grocery workers were struggling with COVID-19’s first wave. The first wave--wow, seems so long ago. March is also when we broke down the big alterations the UCP were making to Albertans' pensions and interviewed Regan Boychuk from the Alberta Liabilities Disclosure Project about the public money AIMCO was putting at serious risk by pumping it into dodgy oil and gas ventures with huge and volatile liabilities.

This April our coverage of the bad bets by AIMCO in floundering oil and gas ventures went national. AIMCO was revealed to have blown over $4 billion in public money trading in ‘volatile derivatives’ and we interviewed pension expert Greg Meeker to explain just what exactly happened and how it all went down.

A huge COVID-19 outbreak struck the Cargill meat packing plant in High River, followed shortly by another at the JBS plant near Brooks. I actually went down to southern Alberta and we made sure those workers’ stories were told. Jeremy Appel covered the warnings from the union about JBS that were ignored by the government and we compiled a detailed timeline of the disaster at the Cargill plant.

By May the meat packing plant outbreaks were still raging while the UCP government ignored the concerns of workers and kissed up to the plant owners. We amplified the voices of workers from the plants and broke the stories that Cargill had locked union reps out of the the COVID-19 investigation and wasn’t keeping promises around shutdown pay. Marco Luciano from Migrante Alberta joined us on the podcast to talk about how Filipino workers had been unfairly blamed for the outbreak and to discuss the challenges faced by racialized front-line workers during the pandemic. On the oil and gas beat, Jeremy Appel investigated how an oil company got away with dumping its orphan wells on the public--and how even more companies were abusing the same system.

The murder of George Floyd by American police inspired world-wide action against racism and in June, we covered important local efforts in that fight. We used our platform to support Black Lives Matter Edmonton’s call for the SRO program--which places armed cops in schools--to be cancelled. We fully supported calls to take funding away from Alberta’s bloated, brutal, militarized police departments and put them into social programs and community support instead, and worked to spread the message online.

In July we amplified important analysis like Abdul Malik’s coverage of Camp Pekiwewin, a grassroots support project for people struggling with homelessness in Edmonton, and Norma Dunning’s retelling of Edmonton’s bleak and cruel historical relationship with Inuit people. And we shed light on Edmonton’s Nazi statues, monuments to SS officers who operated in Ukraine, after we reported that the Edmonton Police were investigating vandalism of one of those statues as a hate crime.

In August the Progress Report broke the news that Edmonton police were getting a half-million-dollar armoured vehicle that even city council didn’t know about. Jeremy Appel’s research for us revealed that AIMCO lent $45 million to a company that turned around and gave the money to shareholders--and is now saying it can’t pay back the loan. And we brought Norma Dunning onto the podcast to break down the events that led Edmonton’s football team to drop its racist name.

In September we had to fight to win back media access from the Edmonton Police Service after, following several critical articles from us, the police decided we weren’t real media. (Spoiler alert: they relented.) That critical coverage didn’t stop--we broke the story of how the SRO program had been used as a ‘holding place’ for bad cops. Climate journalist James Wilt investigated just what happened to all of Alberta’s royalty money. And Oumar Salifou joined us on the pod to talk about Is This Real?, a new program discussing Edmonton’s police brutality problem from the perspective of Black Edmontonians.

By October the UCP government’s anti-labour agenda had become so hostile that wildcat strikes broke out across the province, and we were the only organization that tried to chronicle and report on each and every one of them. And we investigated something on the opposite side of the spectrum that month too--the revelations that Alberta’s Wexit parties were becoming infested with actual, literal neo-Nazis. We were the only media organization to actually call up the relevant political parties and ask them about it.

In November the Progress Report was also the only outlet reporting on the booming business law firms with conservative connections are now doing under the UCP government. In lighter fare, Doug Johnson wrote a deep dive into the career of Mike Nickel, Edmonton city council’s cantankerous “I-told-you-so guy” who hopes to be mayor in 2021. (Let’s hope he isn’t.) Ryan Wright broke down the callous, anti-worker changes to labour law the UCP brought in under Bill 47. And we shared our platform to help the Lethbridge Overdose Prevention Society and Shades of Colour, each with a worthy project.

And now in December we continue to break stories and do original investigative journalism. We broke the news that the Alberta government quietly gave the NHL’s billionaire owners $4 million for a sponsorship and advertising arrangement that didn’t get them much. After trying for months to get through in one of the many Dr. Hinshaw COVID-19 press conferences we finally got through and were able to ask a question. This feature by Support Our Students Alberta is the result of that work, another wholly original piece.

And that’s just the highlights--there’s more content up on The Progress Report site, we get a podcast out to you nearly every week, Jim puts together an Alberta politics newsletter for you weekly, and we have breaking commentary and analysis on social media nearly every day. If you’re looking to support unabashedly left voices in Alberta, there’s good value putting your donation behind us.

I feel like we really came into our own in 2020, despite the pandemic and all of the trouble it caused and what it did to our donations. We’re doing all this on a shoe-string budget but it doesn’t have to be this way, become a Progress Report donor and in 2021 let’s break even more stories and continue to hold the rich and powerful to account.

Merry Christmas and Happy Holidays from Jim and I. May 2021 be a better year.