AIMCo loaned an oil company $45 million, let that company pay out millions to shareholders and now it can’t make the interest payments

An oil and gas company that’s received $45 million dollars in high-interest loans from the province’s pension fund manager has recently deferred its interest payment on these loans, despite being able to pay millions in dividends to its shareholders and executives after receiving the loan.

The Alberta Investment Management Corporation (AIMCo) made two loans worth a total of $45 million to Razor Energy before the oil and gas company announced it would pay dividends to shareholders — $30 million on Jan. 31, 2017, and $15 million on Jan. 15, 2018, both with an interest rate of 10 per cent.

The Alberta Heritage Savings Trust Fund, which AIMCo oversees, had a $7.2 million in loan facility and common share transaction with  Razor on Jan. 31, 2017, purchased $700,000 in equity on May 12, 2017, and put in another $3 million in loan facility and common shares on Jan. 15, 2018. The loans made by the Heritage Fund are rolled into the larger $45 million loan number that has been reported publicly.

In October 2018, Razor announced it would pay a cash dividend to shareholders. At that point, the Heritage Fund owned 14 per cent of the company, so they would have had to have consented to this dividend scheme. This dividend was cancelled in February 2020 and in that release the company said it would “prudently manage cash outflows and reallocate this capital to debt repayment”. However, on July 6, 2020. Razor announced that it wouldn’t be paying the interest on AIMCo’s loan and that instead the interest would be added to the principal.

It’s highly unusual for an investor to make a loan as big as AIMCo’s without some sort of stipulation that the recipient wouldn’t be able to pay dividends, says former pension fund manager Paul Walker.

“It’s remarkable that Razor would even be considered to be in a position to pay a dividend,” Walker said. “Why would AIMCo even consider investing in a company that would consider issuing a dividend when it’s in that kind of precarious financial position?”

Walker is the former pension fund manager for ATCO. While at ATCO, he oversaw $3.1 billion in pension plan assets – he is now the principal at Premia Mgmt, a family office advisor.

The company’s share price from when AIMCo initially loaned them money until the present shows a general decline in value with some fluctuation upwards around the time Razor announced the payout to shareholders.

According to their latest audited financial statements Razor paid out $5.7 million in dividends to shareholders in 2018 and 2019. Razor also spent $1.8 million on an aggressive share buyback program in 2018 and 2019. Both strategies saw money flow to shareholders instead of paying back their loans. The directors and senior executives of the company own 29 per cent of Razor Energy according to corporate documents.

The investments made by the Heritage Fund were a product of the previous NDP government’s Alberta Growth Mandate, which encouraged AIMCo to invest in companies that would create jobs and new infrastructure in Alberta, diversify the economy, support economic growth, connect Alberta companies to resource markets and develop subject matter expertise in the province. The mandate was cancelled in July 2020.

AIMCo used this mandate as a licence to double down on the oil and gas industry, with $269.4 million of $406.2 million, or 66 per cent, of its Alberta Growth Mandate investments flowing to companies and investment vehicles with interests in the industry, according to the Heritage Fund’s 2018-19 annual report.

He says AIMCo is “playing double jeopardy” by having the Heritage Fund invest in oil and gas, since the fund’s purpose is to diversify so the province’s eggs aren’t all in the oil and gas basket.

“If I was AIMCo, I’d be looking to solicit businesses that are completely different from what we have here, where the dominant industry is oil and gas,” Walker said. “These people don’t need handouts from AIMCo. They can access the public markets or they can go into their own piggy banks, frankly. The fact that money was transferring over to these entities with this kind of control power, in terms of access to capital, and this money came their way, is really unsettling.” 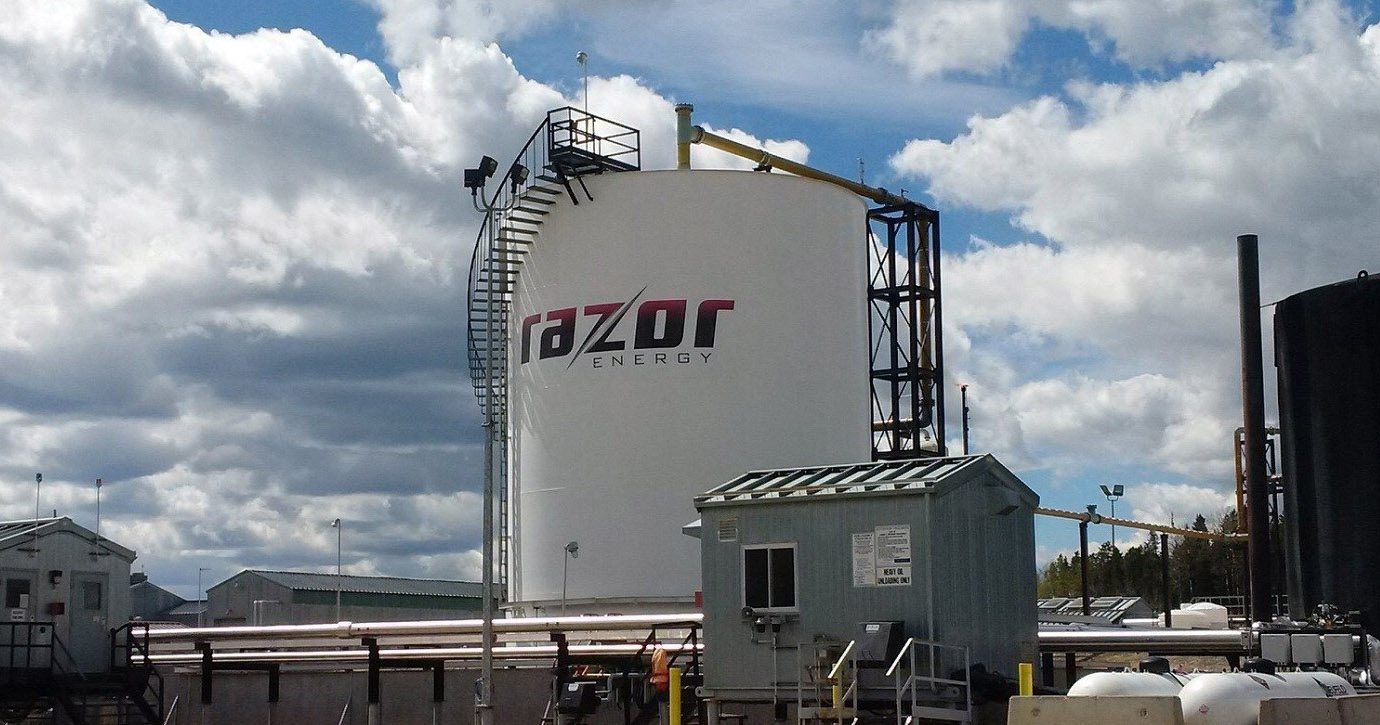 Razor’s environmental liabilities are high and the price tag for cleanup for all of their oil and gas wells comes to $255 million according to the Alberta Liabilities Disclosure Project. This doesn’t include pipelines or facilities.

Razor Energy paid $1.7 million to the Orphan Well Association in 2019. The company had zero well reclamation certifications in 2019 and according to data provided to the Progress Report they had 687 total inactive wells as of January 2020.

Regan Boychuk, a researcher with the ALDP, says AIMCo is more likely to get a return on its investment if Razor leaves its wells for the increasingly publicly-funded Orphan Well Association to clean up.

“They should be on the hook,” Boychuk says. “They should be eating bigger losses, because public officials should be enforcing every cent that remains to be spent on cleanup. Lord knows, every one of these failed companies has more than enough of a mess to clean up. Not a cent should go back to the creditors, but it doesn’t happen.”

In theory, energy companies have an obligation to clean up their environmental liabilities prior to paying off creditors, as per the Redwater Supreme Court decision, but Boychuk says this hasn’t happened because neither the AER nor the environment ministry have compelled any company to do so since the ruling.

“If we don’t use the powers that we have, then AIMCo is just another investor who’s benefitted from our laxity and just adds to the burden that taxpayers will face eventually,” he said. “We need to smarten up and start acting like there’s a very limited amount of money left to come out of these companies and a very large cleanup bill. Every dollar we let them put in their pockets is a dollar less we have for cleanup.”

In November 2019, the United Conservative government brought the Alberta Retired Teachers Fund under AIMCo’s control, so there’s going to be even more workers’ whose deferred wages are being gambled on a sundowning industry.

Boychuk says these investments serve to blur the interests of Alberta workers with the profits of oil and gas company executives, because the public’s future livelihood depends on the companies’ success. “It makes public officials and the public at large all the more reluctant to hold the industry accountable, because it might affect their profits, it might cause them to fail,” he said. “It makes no sense from the public’s perspective, it makes all the sense from the industry’s perspective and it gives you insight into whose interests determine public policy in Alberta.”