Locals stepped in when the UCP took Lethbridge's SCS away. But now police and the city are pressuring them to stop

Two months ago, Lethbridge citizens got together to figure out how respond to the UCP’s recent closure of the local supervised consumption site (SCS). The SCS had been the busiest consumption site in Canada (possibly North America) and provided comprehensive consumption services, as well as 16 other health care and outreach services. Locals stepped up to provide what had been taken away. But now the Lethbridge police and city administration are trying to shut that down.

Lethbridge was hit hard by the drug crisis. We don’t have the comprehensive services you’d find in Calgary or Edmonton. There are very few places for people who use drugs in Lethbridge to go, to use or to recover, and the crisis is playing out in our streets and public spaces.

Until it was shut by the UCP Lethbridge's SCS was literally a life-saver. During the 2.5 years that it operated, health care staff there responded to thousands of medical emergencies, and not once did a client die from overdose. Hundreds of thousands of instances of drug usage occured at the SCS—which means tens of thousands of instances of drug usage didn’t happen in alleyways, or downtown businesses, or out in public. The SCS ensured clients used clean, sterile needles, drastically lowering disease transmission.

Then the UCP, who for years had been signalling their hostility towards consumption sites, defunded the Lethbridge SCS, effectively shutting it down. So Lethbridge was back to where we were before March 2018: there’s still no significant number of treatment beds or recovery spaces and people still have nowhere to go to use drugs.

The absence of this service means people are dying, and that’s why former SCS workers and concerned community members formed the Lethbridge Overdose Prevention Society (LOPS): to provide what the UCP took away. And full disclosure, I have volunteered with this project.

On 25 September, LOPS set up a bright orange tent in Galt Gardens, a downtown park that seems to be the epicentre of the drug crisis in the city. We shared donations of food and clothing with locals in need, and several people who use drugs accessed the supervised consumption service. There were no overdoses and no deaths. 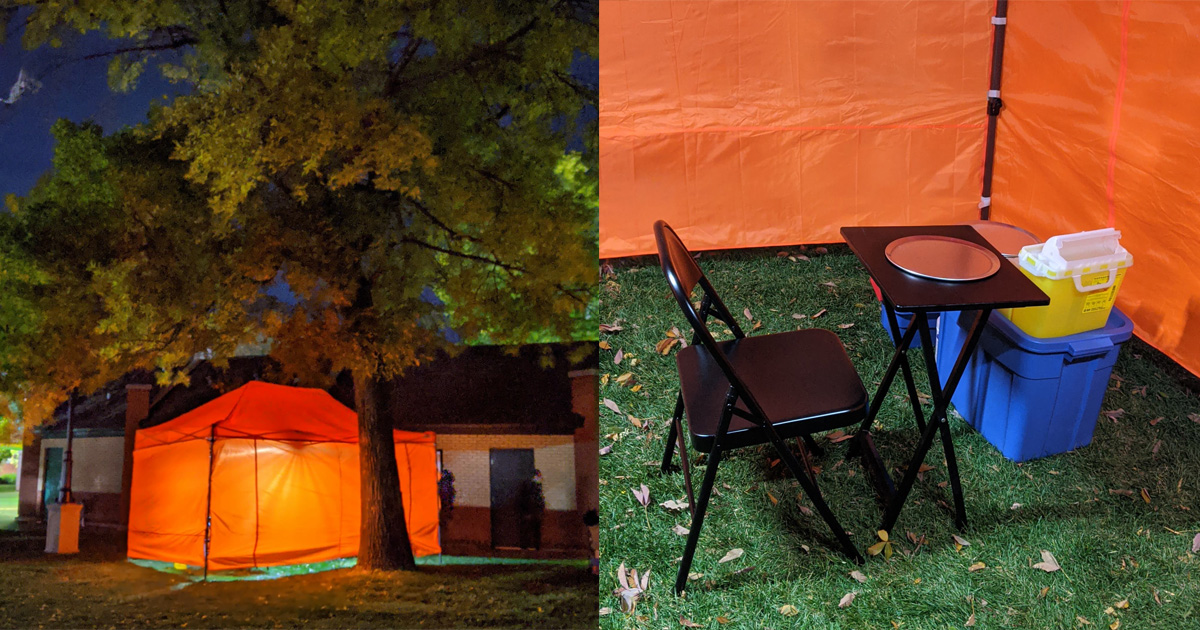 But almost immediately LOPS’ work was disrupted by police and by people opposed to harm reduction. The next night, our efforts were hampered by local cops—who threatened to arrest anyone who used in the tent—and local protestors—whose yelling and swearing discouraged people from visiting the tent, even to get food and warm clothing.

Every night we’ve had the tent up since then, the protestors have shown up to ridicule and rebuke volunteers, and to livestream it all to their dozens of viewers. We’ve never had a single instance of supervised consumption in our tent since then. Drug usage in Lethbridge continues to be unsupervised: it has returned to city parks, in alleyways, in loading bays, and on people’s front porches. 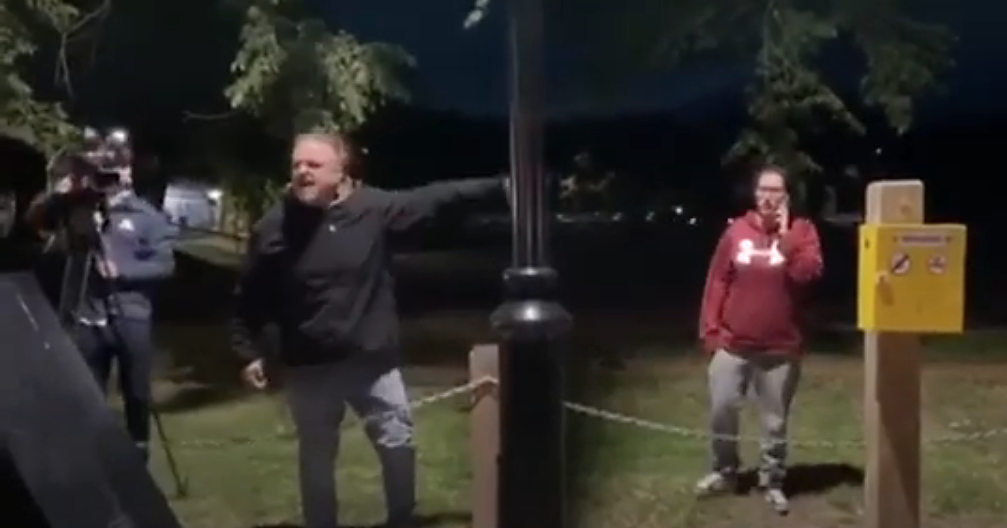 Screenshot of protestor screaming at LOPS volunteers from LOPS video posted to Youtube.

Several days a week, we’ve tried to do our work by setting up the tent or by heading out to do outreach in drug-use hotspots around the city. And nearly every time we’ve set up the tent, police or bylaw officers fine us. Each fine is several hundred dollars and they’ve been piling up. In a few weeks, we’ll be in court.

The Progress Report reached out to LPS and the office of Mayor Chris Spearman for comment; the LPS declined to respond. Mayor Spearman’s office replied that “city council is concerned about the impact this situation may have on the use of our parks and public safety. We want our citizens and families to feel safe using public parks. We also believe that our downtown parks should be maintained in a way that supports a healthy downtown and the businesses located there.”

“As City Council, we also recognize the importance of ensuring there is no political interference with enforcement officials and their ability to appropriately perform their duties. Enforcement actions have been taken to date and we are advised that they are continuing to monitor the LOPS situation and will take further action as warranted.”

LOPS plans to fight those tickets. We’re confident that legal precedent is on our side and that ultimately the city’s insistence to prosecute us will fail. And so we bide our time. And while we wait, we keep showing up several times each week for the marginalized in our city, trying to do our best with our meagre supplies to fill a massive gap between services and need.

Providing these services without the support of the provincial government was already a monumental task. Now, under pressure from the police and city administration, LOPS needs your help. Please make whatever donation you can today to the LOPS fundraiser. And if you’re in Lethbridge, contact your mayor and city council at [email protected] and [email protected] – let them know why Lethbridge needs a strong harm reduction support system.

Update: The LOPS is continuing outreach services but has temporarily stopped operating as an overdose prevention site as it transitions to a new, permanent location.

Kim Siever is an independent news writer in Lethbridge, focusing on politics and social issues. He’s also working on his second undergraduate degree as a political economy student at Athabasca University, and once ran in a municipal election and lost. You can follow his news writing at kimsiever.ca or search for his name on your favourite social media platform.