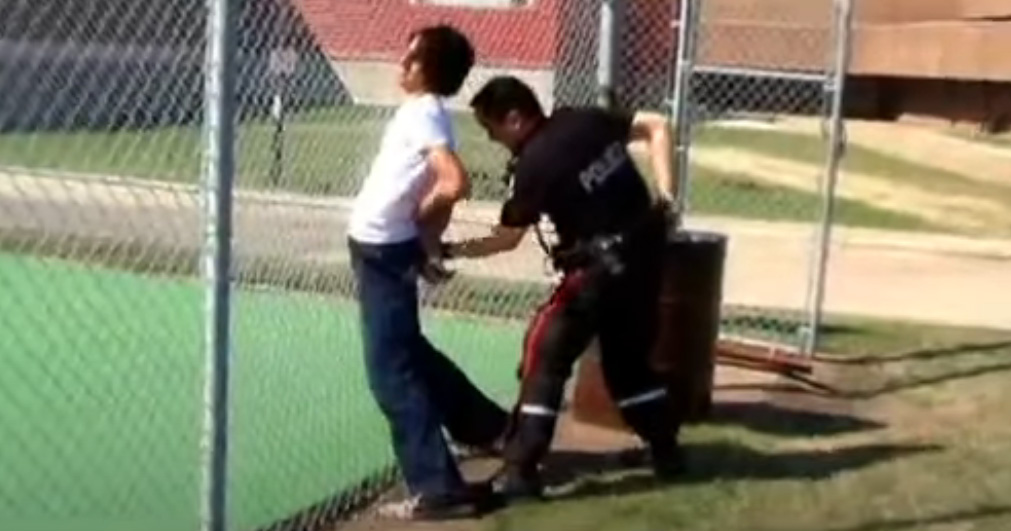 That funding is roughly the equivalent of hiring 16.5 teachers or 33 educational assistants, say school board trustees familiar with budgeting.

While school boards continue to fund police in schools, school budgets are under incredible strain. Severe funding cuts imposed by the provincial UCP government have led to hundreds of layoffs across the system. But the Edmonton Public School Board has chosen to prioritize spending more than a million dollars a year to hire SROs over hiring educational staff.

That may change at a meeting on June 23 where trustees will be debating suspending the SRO program. School board trustee Bridget Stirling is asking for an independent review of the program that will focus on the experiences of Black, Indigenous and other marginalized students. That motion will also investigate whether SROs with disciplinary records have been placed in schools, review all police activity in schools, and call for the suspension of the program until the review and the investigation are completed.

“I’m not a fan of the SRO program in general. I think it’s inappropriate for full-time police officers to be in schools. I know there are varying degrees of knowledge around the topic and not all trustees are ready to end the program, so I think the review process is important so we can understand how it affects students. This review is very similar to what’s been done in other cities like Toronto or Waterloo,” says Stirling.

Following a review the Toronto District School Board suspended their SRO program in 2017. The school board, which has nearly 250,000 students, saw suspensions drop 24 per cent and expulsions drop 53 per cent the following school year.

“We’re spending over a million dollars a year for a program with no public accountability with no data, with no research. And it has actually expanded into junior highs with no review,” says Bashir Mohamed, a writer and researcher on anti-black racism in Canada who has done extensive research on SROs.

“It seems dangerous that we’re putting so much money towards armed policing, arresting and entrapping kids. That money could fund actual classroom resources. We already know how teachers and education assistants help students but when it comes to the research on school resource officers all we do actually know is that they introduce students at an early age to the criminal justice system.”

Mohamed is also concerned about recent media statements by the Edmonton Police Service that seek to downplay how much active policing is happening in schools.

“If they’ve been victimized in a crime, or if they have a mental health concern, or they’re suicidal or an addictions concern or they’ve been hurt in a crime of some sort. It’s being able to go to the SRO and counting on the SRO for a professional and respectful and dignified response to their concern,” said Em Chan, acting staff sergeant of the EPS’ school resource officer program to the Edmonton Journal.

Mohamed disagrees. “If you look at how the program is publicly portrayed it’s framed around community building and building relationships with students but that’s clearly a cover to sanitize what they actually do in schools, which is active policing. If we want relationship building with students we would hire someone who was unarmed, who was trained in how to do that.”

Black Lives Matter Edmonton is also calling for the elimination of the School Resource Officer Program. They’re currently asking supporters and the public to email their school board trustee and ask them to eliminate the program.

The open letter from BLM Edmonton argues that “School Resource Officers do not contribute to an inclusive, and or safe learning environment in schools. The SRO Program criminalizes and disproportionately targets Black, Indigenous and otherwise marginalized students who access schools within the Edmonton Public and Catholic School Board districts.” BLM Edmonton is calling for the money presently spent on school police to be put instead into programs to assist marginalized students.