“It demonstrates a connection between political activism, donations to key players, and rewards in terms of legal service billings,” says Nigel Bankes, the natural resource law chair in the faculty of law at the university of Calgary. 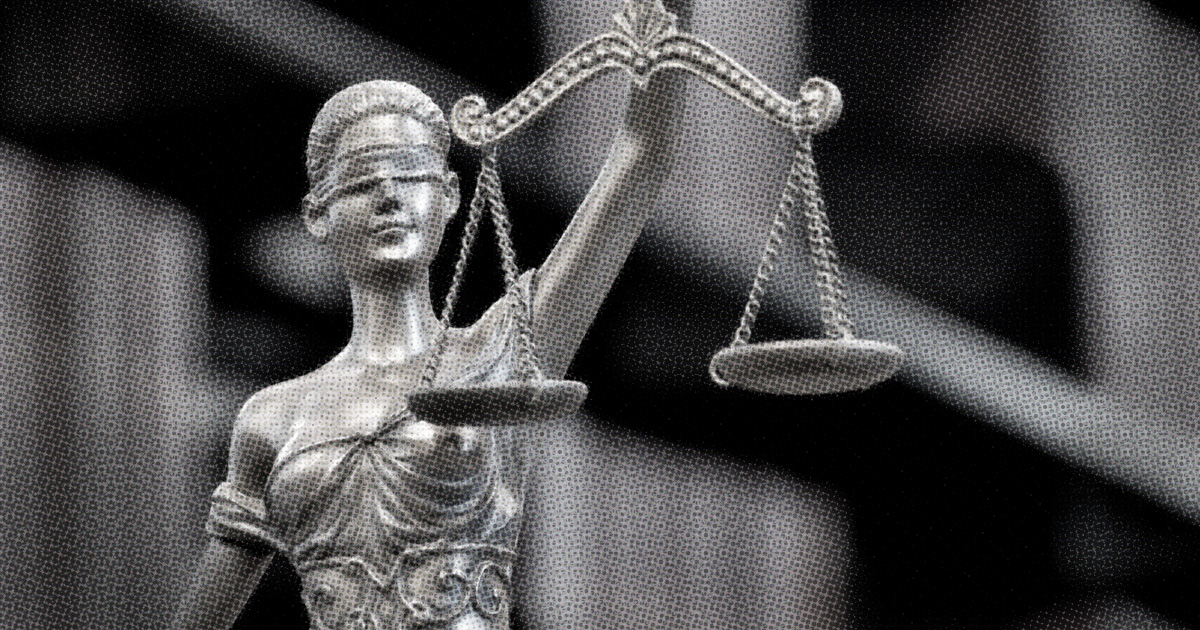 Neuman Thompson, a boutique Edmonton based law firm specializing in union avoidance and employer side labour law, has seen its government of Alberta billings increase from an average of around $33,000 a year from 2016 to 2019 under the Alberta NDP to more than $529,000 in 2019-2020 under the UCP, an increase of 1500 per cent. In just the first six months of 2020 Neuman Thompson picked up $770,000 worth of sole-source contracts with the Alberta government, the juiciest being a $700,000 sole-source contract to represent the Government of Alberta against the Alberta Medical Association in the ongoing dispute over the government’s attempt to reduce compensation for doctors..

All figures in this story come from the Government of Alberta’s sole-source contract database or the ‘blue book’, an online record of government expenditures.

Dwayne Chomyn is a partner at Neuman Thompson and also the UCP constituency association president for Edmonton South West, Kaycee Madu’s riding. Chomyn donated $1700 to the UCP in 2019, $500 to the pro-Kenney PAC Shaping Alberta’s Future in 2019 and in 2017 donated $1000 to Jason Kenney’s UCP leadership campaign.

Dwayne Chomyn offered up several no-comments when asked about these facts but when asked if he believes his legal practice is an extension of his politics he said, “no, I’m a professional.”

“When we’re sending out significant amounts of legal billings out to the private sector we want to ensure we’re getting good value for money,”  says Lorian Hardcastle, a law professor at the University of Calgary.

Neuman Thompson partners Anna Maria Moscardelli, Hugh McPhail and Raylene Palichuk have all donated to the Progressive Conservative party in the past. Associate lawyer Danica McLellan is also an active campaigner and volunteer with the UCP and her bio describes her as being “involved in politics at all levels of government.”

McLennan Ross is a full service law firm with offices with offices in Edmonton, Calgary and Yellowknife that also does a lot of employer-side labour law (representing management in disputes between managers and workers.) This firm has seen its Government of Alberta billings increase from an average of $2.82 million a year between 2016 to 2019 under the Alberta NDP to $4.29 million a year in 2019-2020 under the UCP, an increase of 52 per cent. McLennan Ross has also billed the government of Alberta $2.1 million in the first quarter of 2020.

Steven Dollansky, who has been called both Jason Kenney’s lawyer and the UCP’s lawyer in media reports, is a partner at McLennan Ross. Dollansky was part of the legal team hired by the government of Alberta to fight the federal government’s carbon tax. This team consisted of two lawyers from McLennan Ross, two lawyers from Gall Legge Grant and Zwack, with a government lawyer from the Ministry of Justice to boot. However it was Peter Gall, a Vancouver-based lawyer from the firm Gall Legge Grant and Zwack, that gave the oral arguments for Alberta at the Supreme Court of Canada proceedings on this case.

Dollansky, who was called to the bar in 2013, has 25 reported decisions in CanLii, the most commonly used publicly searchable legal database, that list him as counsel. Many of these are decisions in the same case (like pre-trial motions) and the majority of his reported decisions involve property assessment cases involving the city of Edmonton, run of the mill corporate matters or labour and employment cases.

When we reached out to Dollansky for comment, he hung up. Our follow-up email was not answered.

“His record shows no expertise in any of the matters relevant to the litigation,” says Hardcastle.

While Dollansky does mention in his McLennan Ross bio that he has acted for First Nations in applications raising jurisdictional questions that engage the division of powers there are no decisions in the CanLii database on those matters with his name attached.

“Law firms have this great phrase, ‘rainmaker.’ The idea is that they may not be much good at the practice of law but they’re incredibly well connected and they bring in business to the law firm and then other people actually do the work,” says Bankes.

“Someone who is incredibly well connected politically would fit that characterization of a rainmaker.”

“Seems to me to be incredibly unusual that you would put money in trust. That’s just bizarre. I can’t imagine what the explanation for that is,” says Bankes.

“It’s not suspicious on McLennan Ross’ part because they’re just holding the money as trustee pending further direction from somebody else. But why is he the beneficiary of the trust? Very bizarre.”

The offices of Devinder Toor and the Justice Minister declined to answer our questions regarding the mysterious $15,000.

Teresa Haykowksy, a McLennan Ross partner, was appointed to the Human Rights Commission in August 2019 when a wave of patronage appointments were made by the UCP. Samantha Kernahan, a former partner at McLennan Ross was the lawyer for Ethical Oil in 2012 when they submitted a 143-page letter of complaint to the Canada Revenue Agency regarding the charitable status of the Tides Canada Foundation. She was appointed to the board at Macewan University in August 2019. Thomas Ross, a partner at McLennan Ross, was a founding director of the Ethical Oil Institute alongside Ezra Levant.

Dentons is a massive law firm with offices all over the world. Doug Schweitzer, the Minister of Jobs, Economy and Innovation and formerly the Justice Minister, was a partner at Dentons before becoming an MLA.

The Allan Inquiry is the independent public inquiry headed by forensic accountant Steve Allan that is allegedly looking into “anti-Alberta energy campaigns.” It’s built on a conspiracy theory popularized by Premier Jason Kenney which claims that foreign-funded environmentalists have been campaigning against and lying about various Canadian resource projects for nefarious, self-interested reasons. This public inquiry has cost the public $3.5 million and it hired Dentons as their law firm with a sole source contract worth $905,000 in 2019. Allan’s son is a partner at Dentons.

The inquiry has missed its deadline twice and been embroiled in multiple controversies. The attorney of record for Commissioner Allan in legal proceedings brought forward by Ecojustice is David Wachowich from the firm Rose LLP.

According to a report from ethics commissioner Marguerite Trussler and confirmed by inquiry spokesperson Alan Boras, David Mann, a bankruptcy lawyer with Dentons, is counsel for the inquiry.

“Hiring a bankruptcy lawyer to advise on public inquiry issues is likely not a wise expenditure of public money. Similarly, hiring Dollansky at McLennan Ross when he has no background in constitutional law to do the greenhouse gas reference cases doesn’t make any sense.”

“The inquiry is engaging the services of administrative law experts as well,” said Alan Boras, a spokesperson for the Allan inquiry.

After Stephen Harper resigned from parliament he started up a strategic affiliation with Dentons. David Hancock, who was the Progressive Conservative premier of Alberta after Alison Redford resigned, also joined Dentons in 2015. And the connections between Dentons and the UCP government also come to light in various appointments. Doris Bonora, a partner at Dentons (and the wife of far-right Sun columnist Lorne Gunter) was appointed to the Human Rights Commission in the August 2019 patronage wave. Thomas O’Leary, another partner at Dentons was appointed to the board of governors of Mount Royal University in December 2019. In October 2019, back when Schweitzer was Justice Minister, he appointed a Dentons partner to a judgeship.

“We know the connections between law firms and political parties, it goes back a very long way, deeply entrenched. Lots of politicians are lawyers and they’re deeply connected into the profession. Lawyers know governments need legal advice and are therefore potential clients. And perhaps the best way to get them as clients is not just on the basis of superb legal work but on the basis of connections,” says Bankes.

“The government always points to the private sector being more efficient, we hear that over and over in healthcare, but I’m not persuaded that spending several hundred dollars an hour for a private lawyer versus having people work on this issue in the Ministry of Justice, that they can claim the private sector is more cost effective,” says Hardcastle.

A decision is expected by the Supreme Court on the federal carbon tax in the spring or summer of next year. The Alberta Medical Association lawsuit is still in its early stages. The government of Alberta is also fighting federal bill C-69 in court.

This type of fearless independent journalism needs the help of readers like you. Become a monthly donor and help us keep the Progress Report going.