The Alberta government released its latest fiscal update — and it contained one nugget that shows just how screwed we are. In 2020 the government of Alberta expects to raise more money from tuition from college and university students ($1.35 billion) than it will raise from oil and gas royalties ($1.2 billion).

Non-renewable resource revenues have plummeted, with oilsands royalties dropping from a projected $3.2 billion to a mere $686 million (in total, Alberta will receive $3.9 billion less from resource revenue this year than expected.)

To the casual reader looking at a huge deficit it may appear that Alberta’s budget has suddenly collapsed, but the hole in the province’s finances has been there all along. Oilsands royalties are dismally low by design, facilitating the theft and privatization of massive resource wealth and incentivizing the development of marginal projects that in turn flood the market with non-upgraded diluted bitumen or dilbit.

While consecutive governments have told us this arrangement is necessary to keep “the economy” afloat, low royalties have functioned to suppress oil prices through excessive supply—and diminish financial returns for the resources that Albertans “own.” The government’s own data shows how this played out in 2019, when 1.1 billion barrels of oil were extracted from the oilsands.

All of this has happened while the biggest oilsands companies continue to be very profitable, Canadian Natural Resources Limited, the largest oil company in Canada by production, gave more than $500 million to shareholders through its dividend just in the second quarter of 2020. Suncor, the second largest oil company by production in Canada, distributed $320 million to shareholders in just the second quarter of this year.

In total, the top 30 oilsands projects in 2019 reported $17.8 billion in net revenues, after all costs were deducted. Yet those projects only paid out $4.6 billion in royalties, or just over one-quarter of net revenues. While these earnings are also subject to provincial and federal corporate income taxes, royalty payments are deductible for income tax purposes.

Royalties are different from income or corporate taxes: they are the amount charged by the government (in this case a province awarded colonial title to stolen land in 1930) for a company to dig up and permanently liquidate a non-renewable resource like oil, gas or coal. Once it's gone, it's gone forever. And royalty rates in Alberta are charged differently for each kind of resource: conventional oil, natural gas and by-products, and oilsands.

Oilsands royalties are calculated on a project-by-project basis (rather than company-wide) in a fairly complex way, varying based on several factors including the price of oil and whether the project has reached payout, meaning its total revenues have exceed costs. And this complexity greatly benefits oilsands corporations.

The exception to that rule for post-payout projects is if a project declares a loss, or close to it, in which case a gross royalty rate is applied. For instance, Suncor’s original base mine is technically in “post-payout” but reported a loss of $2 billion in 2019—meaning royalties were calculated on its gross revenue (resulting in $171 million in royalties, of $5 billion in gross revenue). 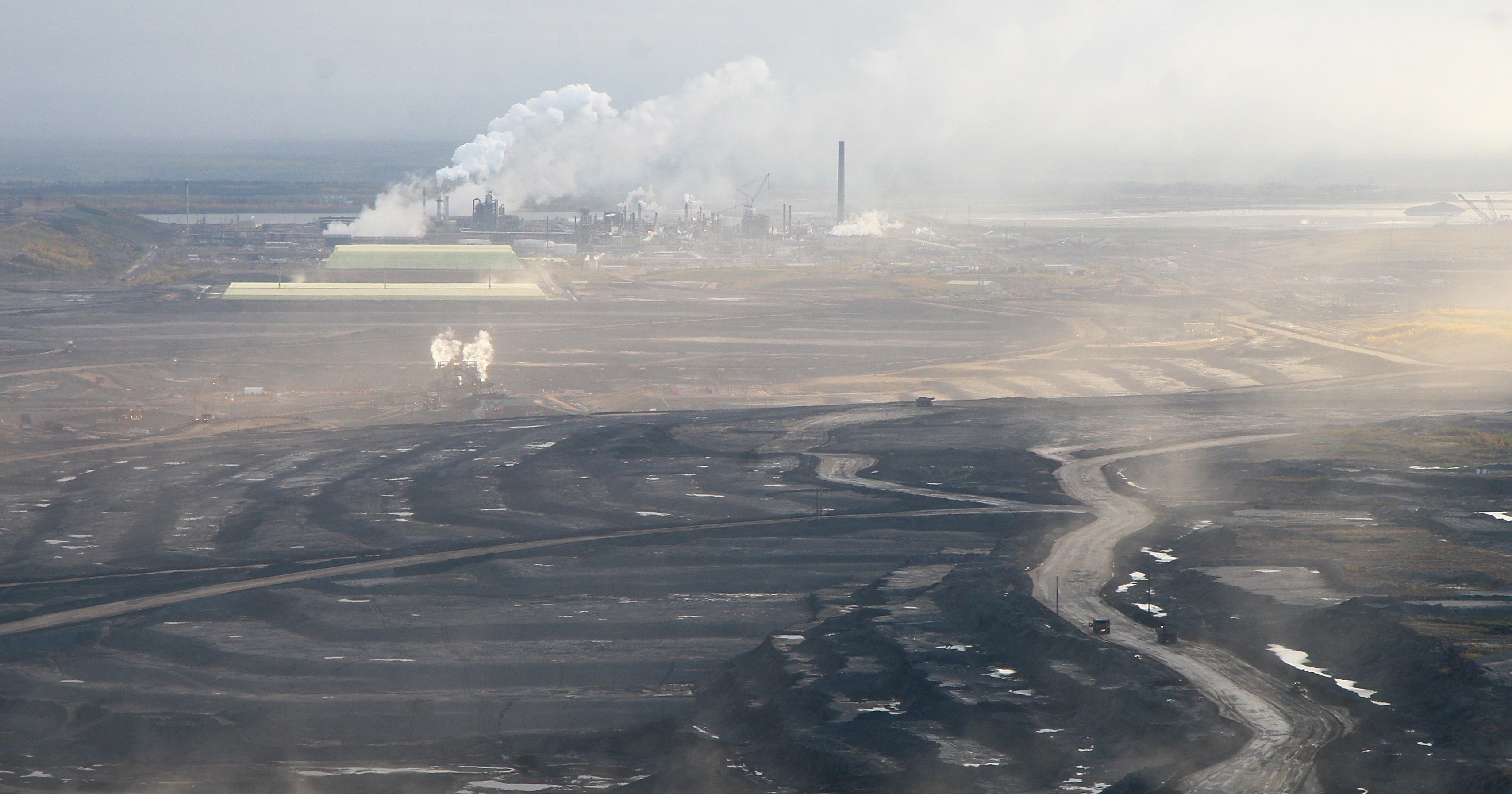 The Syncrude mine and processing plant. Photo by David Dodge.

The one cost that pre-payout projects deduct before royalties are calculated is diluent: the extremely expensive substances used to transport raw bitumen (upgraded or refined bitumen doesn’t require diluent and fetches a better return due to its higher quality.)

In other words, the failure by many oilsands producers to invest in upgraders or refineries means they have to pay more to ship their product to refineries, with the amount paid then deducted from the amount they are charged.

For example, ConocoPhillips’ Surmont in-situ project paid $2.5 billion for diluent in 2019, closely followed by the $2.4 billion spent by Cenovus’ Christina Lake project. Those amounts were subtracted from project revenues before royalty calculations were applied.

Meanwhile, projects in post-payout get to deduct all operating and capital costs for a project before royalties are calculated, and often receive a “return allowance” as well that guarantees them a rate of return. The system is designed to maximize returns for companies.

Of course, in reality such a royalty rate would very likely result in lower production, but given we’re dealing with a non-renewable resource in the middle of a global oil glut, that wouldn’t necessarily be a problem. The bitumen isn’t going anywhere.

It also wouldn’t subsidize new projects by ensuring they pay a lower rate for many years. Investment is a risk. The public should be getting the highest return possible — always.

Unfortunately, the 2016 review of royalties conducted by the former NDP government effectively kept things as they were, despite big promises to ensure “a full and fair return” for Albertans.

As with before, the top royalty rates (9 per cent of gross and 40 per cent of net) will only kick in if oil hits $120/barrel or more, which is unlikely at this point. The U.S. Energy Information Administration is forecasting $46/barrel oil ($60/barrel Canadian) in 2021.

The reality of the situation is that Alberta should be planning a managed phase-down of the oilsands in an increasingly carbon-constrained world, not maintaining a royalty framework that incentivizes ever-growing production of high-polluting resources that result in next to nothing for the supposed owners.

Fossil fuel companies are writing off oilsands leases as “stranded assets,” while financiers are refusing to fund new oilsands projects.

Organizers calling for a Green New Deal—along with free transit and other policies that would radically reduce oil consumption—have showed what a just transition looks like.

These demands can be accompanied by a radical reimagining of royalties as a way to moderate extraction and ensure the remaining wealth from the dying industry benefits the working class, particularly Indigenous communities most impacted by extraction and land theft.

The existing royalty framework was literally designed by industry. It has served them remarkably well, and government after government has played along. That’s why the United Conservative Party recently introduced legislation that prevents the royalty formula from being changed for a full decade.

But legislation can be changed. If bitumen is to be extracted from Northern Alberta, it should clearly and irrefutably benefit the public through significantly higher financial returns.