Timeline: What we know about the Cargill outbreak

The Cargill Foods meat packing plant in High River, Alta. employs 2,000 people and is responsible for processing 4,500 heads of cattle per day, more than one-third Canada’s total. It is home to the largest COVID-19 outbreak in Alberta. Here’s what we know.

March 23 - Cargill informs United Food and Commercial Workers Local 401, the union that represents the workers at the plant, of measures it plans to take to make the plant safer.

April 3 - Screening and temperature testing at the Cargill High River plant begins. Any employee with cold and flu symptoms, contact with people with COVID-19 or has recently travelled internationally is pulled aside and their temperature is taken.

April 6 - First confirmed case of COVID-19 at the Cargill High River plant. At this point the union requests PPE for all employees, signage, financial assistance for workers who are self-isolating, restricting traffic flow throughout the plant. The union also asks if work will cease at the plant and if not, why?

April 12 - 250 Filipino residents co-sign a letter addressed to High River Mayor Craig Snodgrass calling for the High River Cargill plant to be closed for at least two weeks. "We the workers and our families are worried and scared for the possibility that we might bring the virus with us at home," the letter reads.

April 13 - UFCW 401 confirms that 38 workers are sick with COVID-19 and calls for a two-week shutdown of operations. Cargill says it’s adopting measures to limit the outbreak, including temperature testing, enhanced sanitation procedures and prohibiting outside visitors.

April 14 - Cargill temporarily lays off half its workforce, reducing its beef production to 1,500 heads, a decrease of two-thirds .

April 15 - Alberta Occupational Health and Safety does a “virtual plant inspection” via Facetime of Cargill, finding the workplace to be safe “as far as it is reasonably practical for the employer to do so.”

April 16 - The leader of the official opposition, Rachel Notley, echoes UFCW’s calls for the plant to shut down for two weeks, which Livingstone-Fort Macleod MLA Roger Reid, whose riding includes Cargill, dismisses as “misinformation and fear-mongering,” while Minister of Agriculture and Forestry Devin Dreeshen accused Notley of “recklessly advocating against the AHS advice and protocols that have made meat processing plants in Alberta, safe (sic) worksites.”

April 18 - Cargill holds a telephone town hall with workers. UFCW Local 401, which represents the plant’s employees, is not invited to participate, but representatives from the government, Alberta Health Services and management were present and took questions.

Minister of Agriculture and Forestry Devin Dreeshen says he’s confident the plant has taken all the necessary precautions to reduce risks to employees. 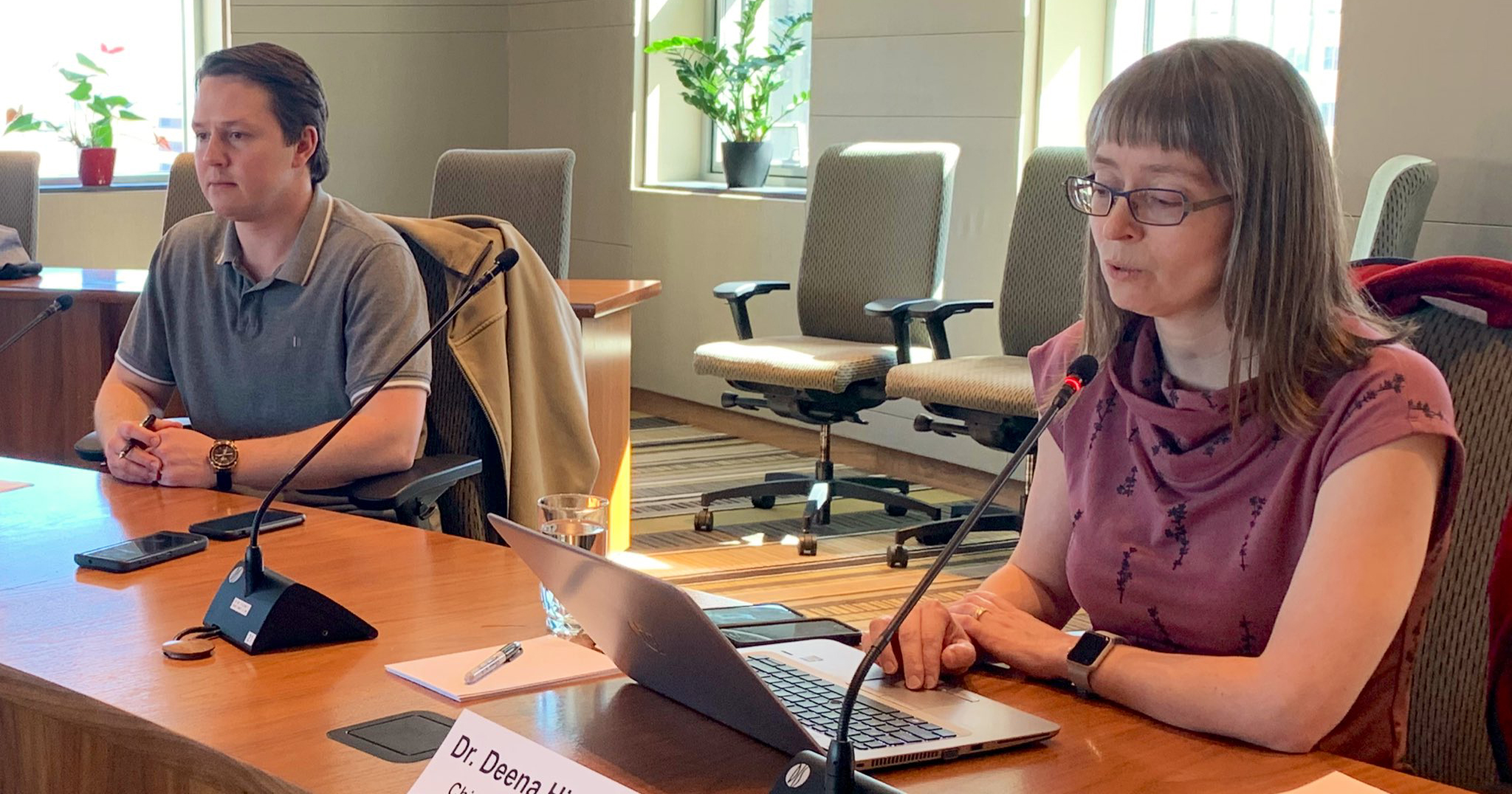 April 19 - UFCW Local 401 holds its own telephone town hall with its employees across the province with 4,000 attendees, which was scheduled before Cargill scheduled theirs. The union says more than 75 per cent of workers expressed dissatisfaction with the way their employers and government are handling the crisis and 85 per cent agreed there were days when they feared going into work.

April 20 - Cargill concedes the need to temporarily shut down the plant after one worker dies of COVID and 484 cases are confirmed in High River, 360 of which are tied directly to the plant. “It’s about time,” says UFCW Local 401 president Thomas Hesse. It’s unclear whether all employees will be paid while operations are suspended.

It’s later revealed that the worker who died was a woman in her 60s who commuted daily to High River from Calgary and passed away a matter of days after calling in sick. .

April 21 - Prime Minister Justin Trudeau says beef prices could increase as a result of the plant’s closure constricting supply. Alberta Federation of Labour president Gil McGown calls the worker’s death a “workplace fatality” that warrants a full inquiry by OHS, in addition to a criminal investigation.

April 22 - Alberta chief medical officer Deena Hinshaw says there are 440 COVID-19 cases of workers at the Cargill plant, with an additional 120 in the High River community.

As of writing, the Cargill facility is the largest single source of COVID cases in Alberta.

In a press conference Premier Kenney offered up the important context that only two out of 200 meat processing facilities in Alberta are currently in the middle of a COVID-19 outbreak.

The two meat processing plants with COVID-19 outbreaks represent 75 per cent of beef production in Canada and employ 4,500 workers.

“I’d like to see this as a reflection of our success in containing the spread [of COVID-19] And we’ve acted quickly when there has been outbreaks,” said Kenney.

The first confirmed case of a worker at the Cargill plant having COVID-19 was April 6. The letter from Cargill workers and their families begging for the plant to be shut down was made public to the media on April 12. The plant wasn’t shut down until April 20.

And in regards to the JBS Food Canada plant, the other meat processing plant with a COVID-19 outbreak, the situation there could get even worse than Cargill.

On April 21, Cargill wrote an open letter that is published on the Facebook page of the High River Times.

It describes the conditions that they have put in place on paying their workers who are not working due to the plant being shut down. While it sounds nice, the devil is in the details on pay for workers.

If you didn’t show up to work prior to the shutdown in the meat processing plant at the centre of the largest COVID-19 outbreak and you were taken off the schedule you might very well not get paid.

The union is encouraging its workers to apply for CERB in the meantime.

“The effect of that is putting the burden on the federal government for a decision that Cargill made, but we’re continuing to push and demand that Cargill pay its employees full compensation for the time they’re not able to work due to this,” says UFCW spokesperson Michael Hughes.