The Edmonton Police are trying to silence us, it won’t work

The Progress Report's coverage of policing issues in Edmonton must be a problem with Chief Dale McFee and the Edmonton Police Service (EPS), because over the last month, they have attempted to silence us by cutting off our media access and credentials.

I asked Sally Haney, the chair of broadcast and journalism at Mount Royal University of Calgary—and a former prof of mine when I studied journalism there—if she’d heard of anything like this.

“The fact that this revocation came directly after a particularly contentious Q and A between the chief and you leaves us wondering where that comes from. Do we have a police chief sick and tired of being asked very difficult and pressing questions?”

“It’s really disturbing when investigative journalism is cut off at its knees,” said Haney.

The revocation of our media access started on February 24, when we were denied access to a press conference with Chief McFee on Zoom where he broke the news that EPS officers had shot and killed two people, one of them an uninvolved bystander in their home.

Just a week earlier, I had this somewhat tendentious exchange with Chief McFee about the EPS’ unwillingness to enforce the law when it came to the convoy. 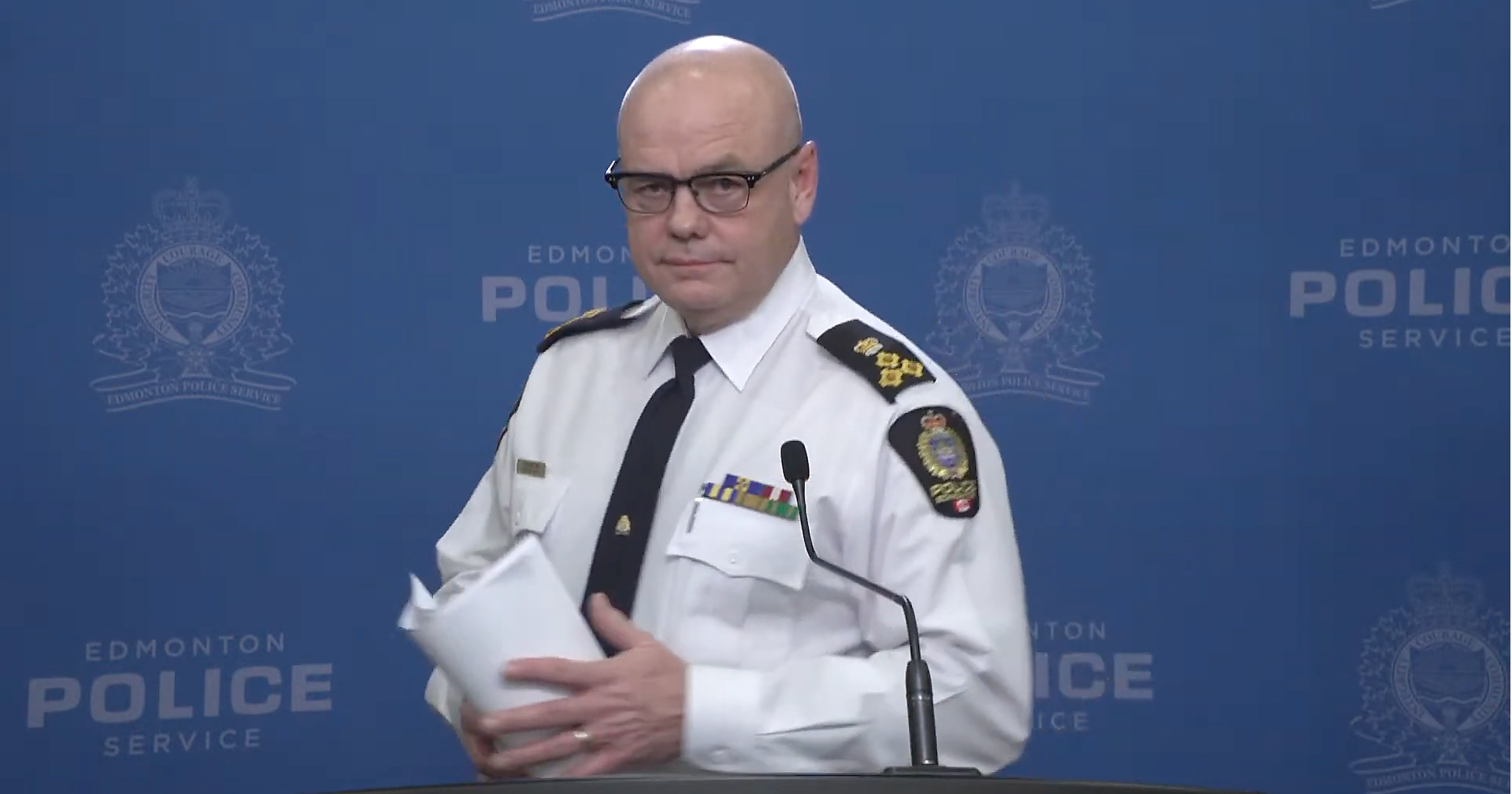 After we were kicked out of the press conference on Feb. 24 we followed up with EPS media relations to understand why. Thirteen days later I received an email from EPS head of legal services Geoff Crowe informing us that our media accreditation had been revoked and that we could apply to have it reinstated. Crowe told us that the EPS would “not entertain your requests for information, documents or statements and you and the Progress Report will be taken off of our media list.” We were also informed that we would not be allowed to attend press conferences.

But we had already been through this process a year and a half ago, The Progress Report had to fight to get that accreditation in the first place. Our "application" is posted publicly on our website. I had even had a sit-down meeting with Chief McFee and the then chair of the Edmonton Police Commission to hash it out. The point person for this matter, back in 2020, was Geoff Crowe.

I asked Crowe why our accreditation was revoked at an Edmonton Police Commission meeting on March 17 with the help of Mack Male (from the local news outlet Taproot) and the city councillor for my area, Anne Stevenson, who serves on the commission.

Crowe refused to answer and told me that since my credentials were under review, inquiring about this in public “was a completely inappropriate forum for that.”

“There’s not a definite and finite list of that,” said Crowe. “So there’s not a set out process, that’s what I’m hearing,” said Stevenson.

If the Edmonton Police Service can just ice out journalists arbitrarily, we’ve got a problem.

We know it’s inconvenient for the force that we reported on the Edmonton Police’s secret plane they never told the public about (and are getting another one of soon, for $4.3 million.)

It might be tremendously embarrassing that we reported on Edmonton’s police chief attending a UCP fundraiser where UCP MLAs dressed up in T-Rex costumes and raced on a horse track, but he did.

When we reported on the fact that according to a peer reviewed study 76 per cent of frontline officers never carry Naloxone despite frequent drug poisoning deaths in EPS holding cells, the force even put out a whole page on their website rebutting us. Now that they’re not answering our questions, we’ll never know about the method EPS is supposedly developing to track Naloxone use by officers and how effective the force has been at supplying all frontline officers with Naloxone.

We don’t just reprint EPS media releases—we do deep dives like this examination of all of the cops with police brutality and misconduct cases that ended up as school resource officers or the fact that Edmonton cops are the highest paid cops in Alberta.

There’s woefully little oversight of Edmonton’s police force. The local media often treats it with total deference. That’s why we believe that our work on this file is important, and we’re not going to take our eyes off the EPS just because they’re making things difficult for us.

If you think the work we do holding the police accountable is important consider becoming a monthly donor, even a small donation every month helps out a lot.

We have retained legal counsel and are considering our options before moving forward.