Edmonton cops are the highest paid cops in Alberta

When Edmonton city council decided late last year to give the Edmonton Police Service a $1 million budget increase, rather than the $11 million it was asking for, the president of the Edmonton Police Association Michael Elliott called it a “sad and disappointing day,” alerting his social media followers to the councilors who voted for the motion.

But while it might have made the newly-promoted Elliott sad, he and his members are doing just fine when it comes to money. Edmonton police are the highest-paid cops in Alberta. 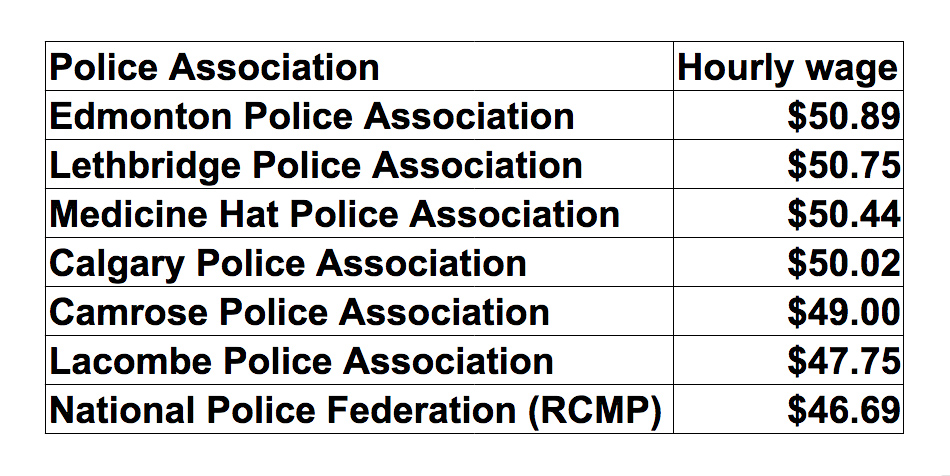 Police in Edmonton also make more than their counterparts in Montreal ($47.99 an hour), Ottawa (49.81 an hour) and Vancouver ($45.50 an hour). Last year the government of Canada signed its first collective agreement with the National Police Federation representing 20,000 RCMP officers and a comparable RCMP officer makes $46.69 an hour.

During 2021’s budget deliberations Chief Dale McFee told city council that wages account for 80 per cent of the police budget ($385 million in 2022). Civilian staff of the Edmonton Police Service represented by Civic Service Union 52 took zeroes in negotiations with the city of Edmonton in 2019 and 2020, but the officers, represented by the Edmonton Police Association, did not. They saw their wages go up by 1.5 per cent in each of those years.

Police officers with the Edmonton Police Association have done better than any other group when negotiating collective agreements with the city of Edmonton between 2014 and 2020. And the police chief isn’t involved there—negotiations with the EPA are entirely on the city government. 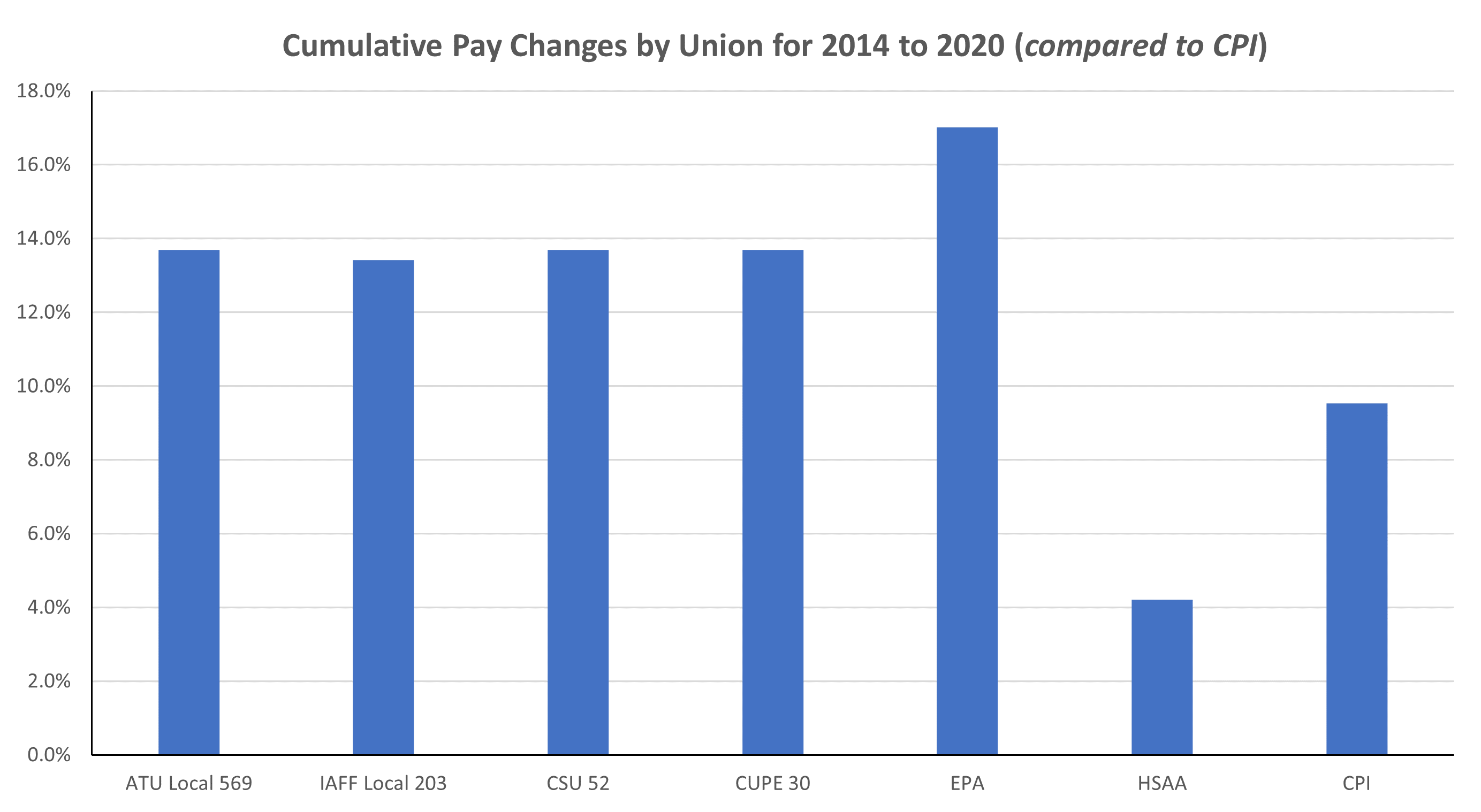 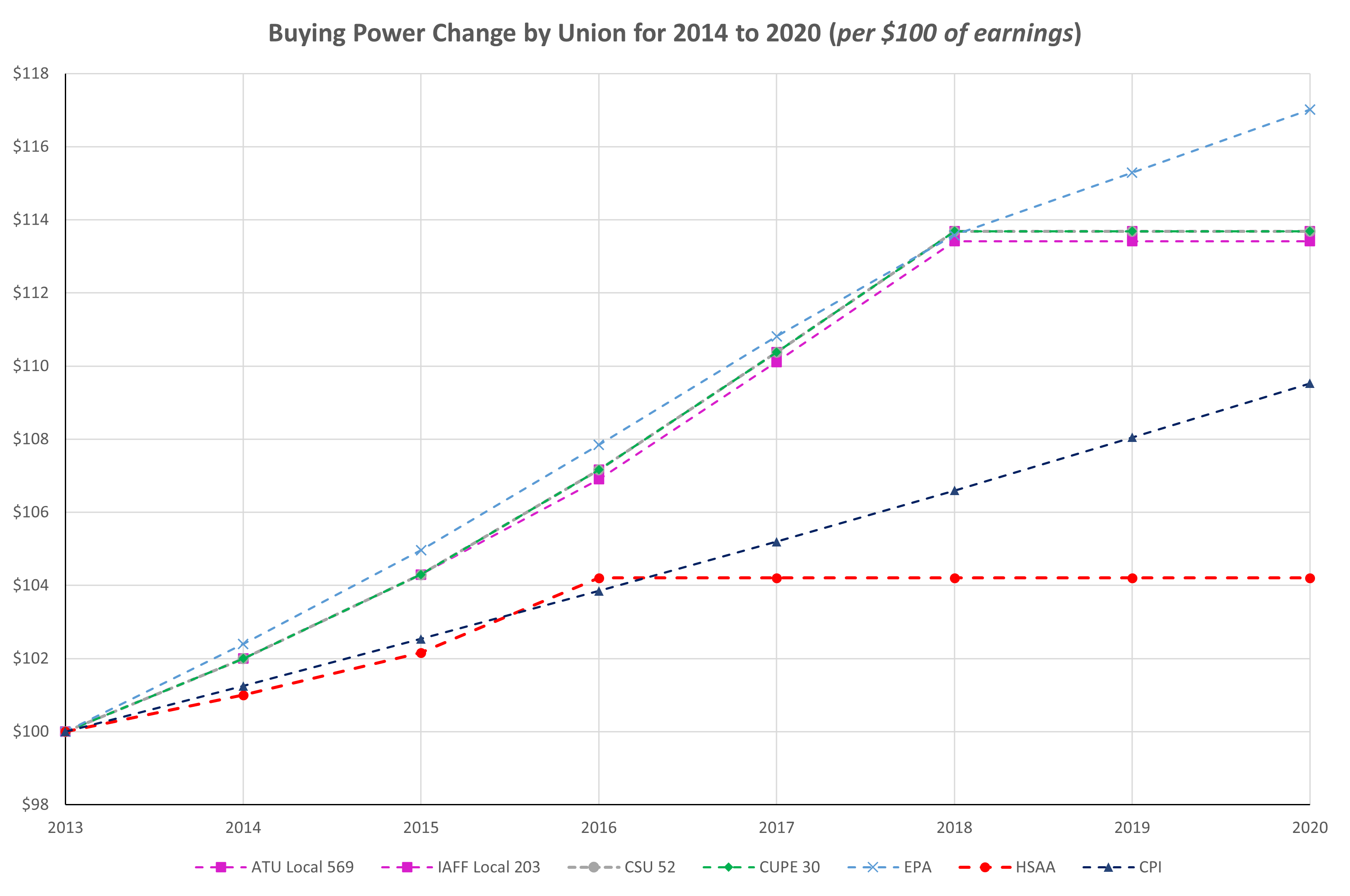 When you compare the wage increases that cops have won in Edmonton over time compared to firefighters, transit operators, city workers and paramedics you can see just how well they’ve done.

“Policing as a function was created by rich and powerful people to protect themselves and their property from everyone else. To keep police loyal they get better wage increases and they are held to lower levels of accountability for their behavior. It’s a pretty straight ahead dynamic,” says Bob Barnetson, a labour studies professor at the University of Athabasca.

So why does Edmonton have the highest paid cops in Alberta?

“That would be a question to ask former mayor and alleged progessive Don Iveson,” says Barnetson.

Iveson was mayor of Edmonton from 2013 to 2021. Under Iveson’s encouragement city council introduced a new funding formula for the police that guaranteed funding increases year after year. Iveson actually said out loud that this guaranteed money “removes much of the ‘politics’ from the police budget.” He even bragged about bringing this guaranteed funding formula for police in. And it was under Iveson’s watch that Edmonton police got wage increases while transit operators, city workers and firefighters got zeroes.

So the next time you see Michael Elliott (yearly salary $140,265) post a stock photo of a revolver or a context free bloody crime scene remember what his job is: he’s doing narrative work to get the most money for his members in collective bargaining. And in cynical terms—ignoring the toxic effect of constantly dumping crime scare posts on the public—he’s doing quite well.

“Arguably paramedics have more dangerous jobs, both mentally and physically, than cops do. And they work harder, just based on call volume, and their wages have been stagnant. So what arguments are police associations making at the negotiating table that are unavailable to the paramedics?” asks Barnetson.

The Edmonton Police Association is currently bargaining with the city of Edmonton. Michael Elliott did not respond to our interview requests. 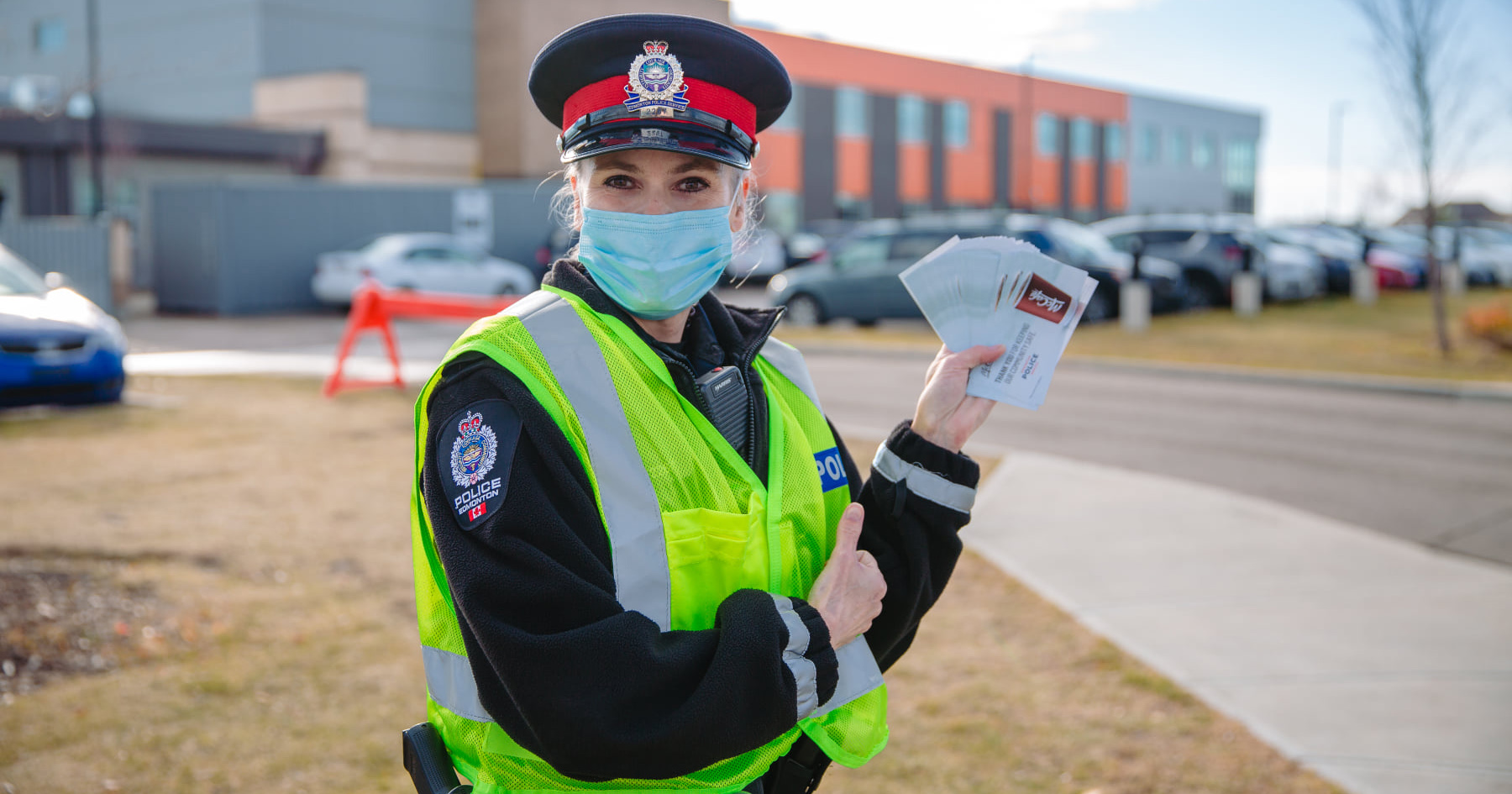