On August 14, 2020 Edmonton Police Chief Dale McFee attended the first annual United Conservative Party Derby, a political fundraiser where MLAs dress up in T-Rex costumes and race each other on a horse track outside of Lacombe. This partisan activity is troubling, says one researcher and activist from Edmonton, but consistent with the chief’s record as “a conservative through and through.”

“Policing and keeping the community safe is supposed to be absent from politics. But we know that’s not how the system operates. We know that a lot of the decisions that are made are political and ultimately it’s the community that suffers. If the police chief can’t delineate where the line is, that's a problem,” said Rob Houle, a research fellow at the Yellowhead Institute. Houle was a member of the Community Safety Wellbeing Task Force, which was created by city council last year after the murder of George Floyd by Minneapolis police and made several recommendations to city council to improve policing in Edmonton.

The fundraiser was attended by 19 UCP MLAs including Premier Jason Kenney as well as now-former Minister of Agriculture Devin Dreeshen, Minister of Finance Travis Toews, then-Minister of Health Tyler Shandro, and Minister of Education Adriana LaGrange. McFee attended the event, held at The Track on 2 Horse Racing & Event Centre in Lacombe County, with his friend Vince Morelli, who confirmed McFee’s attendance in a phone conversation with the Progress Report.

“I don’t think [McFee] knew it was a fundraiser,” said Morelli, who said McFee had been a friend of his years.

The event was advertised as The First Annual UCP Derby with Jason Kenney.

While Morelli said that Chief McFee was there as a guest of his later in the conversation Morelli stated that Chief McFee had his own tickets. An EPS spokesperson confirmed that McFee attended the event but that he and his wife attended as guests and “did not financially contribute to the UCP fundraiser.”

In a Facebook post dated August 15, 2020 Morelli says: “Took Holly to the UCP Derby at the Facetrack on #2, by Lacombe. Had a greaternoon, watched some MLA’s race in T-Rex costume…. Fantastic.

Had the pleasure of sitting with former Red Deer RCMP Superintendent, Brian Simpson and his wife Jeanette, and the current Chief of Police for Edmonton, Dale McFee, and his wife Leanne.Great people, fantastic entertainment!” 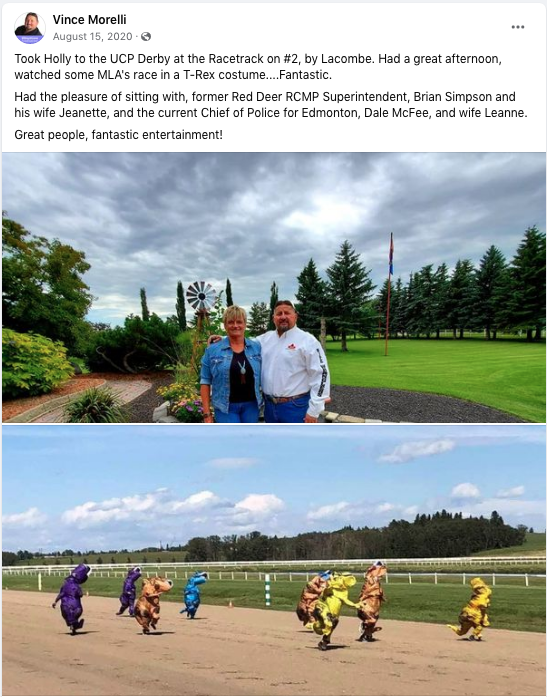 Morelli has donated more than $8,000 to the UCP since 2019 and is the president of Safetracks GPS, a company that sells ankle tracking bracelets. Neither McFee nor his wife show up in the Elections Alberta contributor database but donations under $250 to a political party do not require disclosure of a name. Tickets to the event ranged in cost from $100 for a simple ticket to $3000 for a Ralph Klein VIP suite.

“I don’t remember hearing Rod Knecht or anyone going to these fundraisers or political events. But that speaks to who Dale is. He leans on that, having been in government in Saskatchewan he probably got a taste of that scene,” said Houle.

Prior to becoming the chief of police for the EPS, McFee was the deputy minister of corrections and policing in Saskatchewan for six years.

Chief McFee is a frequent guest of the UCP government, speaking at press conferences and attending meetings on the future of policing with Justice Minister Kaycee Madu and with Premier Kenney about mental health support for first responders. McFee recently scored a direct $600,000 grant from the provincial government in order to expand the EPS’ HELP team, which partners with social and government agencies that provide support and services to unhoused people. 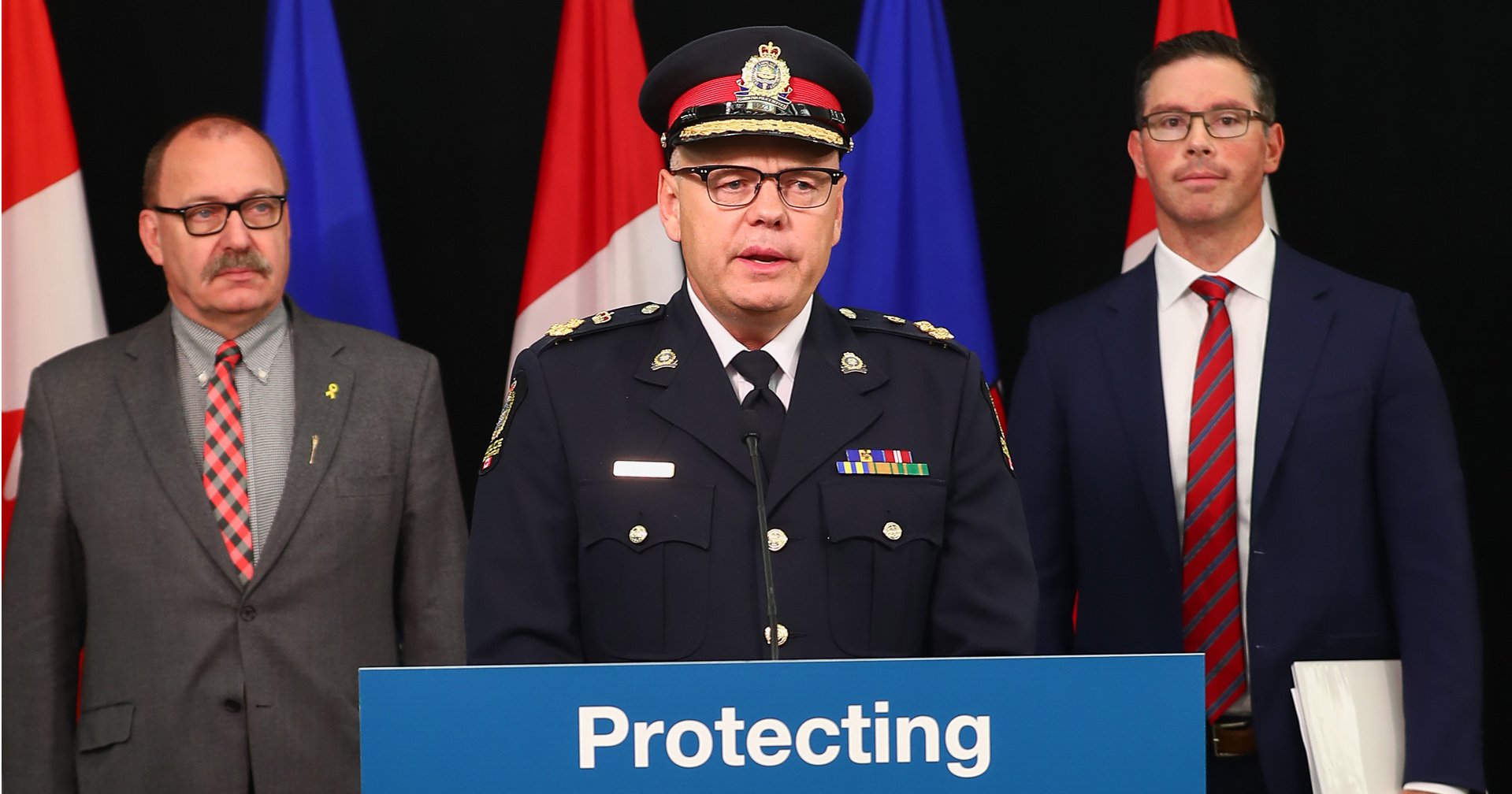 “Chief McFee going to a UCP fundraiser is definitely problematic from a transparency perspective and when you look at the relationship between marginalized communities and this UCP government and the direction they’re heading,” said Houle.