Who watches the watchmen?

In a governing party that says things like ‘weed causes Communism’ and ‘Jason Kenney was sent to us by God,’ you really have to take it to the next level to stand out, and one cabinet minister really does go harder than anyone else—Minister of Justice Kaycee Madu.

If you’ve been following the excellent work my colleague Duncan and our friend Oumar Salifou have been doing on this file, you’ll know already that the Alberta Serious Incident Response Team (ASIRT), the watchdog body that’s meant to investigate serious wrongdoing by police, is in a hell of a state. And I want to give a shout out to a couple of other journalists working this beat, Janice Johnston with the CBC and Jonny Wakefield with (ugh) Postmedia: there aren’t many reporters in this province at all who really cover the police in any critical way, but Janice and Jonny are doing solid work.

Minister Kaycee Madu doesn’t believe there’s a problem at ASIRT. In the Legislature on Wednesday, Madu assured everyone that ASIRT is doing just fine, thanks, and has all the resources it needs. And at a scrum that morning, an even weirder whopper: the director of ASIRT didn’t resign, says Madu.

You really have to wonder how long Minister Madu thought he’d get away with that second one considering that Susan Hughson’s resignation from ASIRT was a matter of public knowledge. It took reporters all of an hour or two to give Ms. Hughson a call to verify that yes, the Minister was lying, she did indeed quit, and her view of ASIRT on the way out was that it was falling apart at the seams.

The pointless lie about Ms. Hughson is the weird one, but not the big one. The big one is saying that everything at ASIRT is fine, when it absolutely isn’t.

Mr. Madu’s fantastically optimistic view of police oversight in Alberta just doesn’t relate to reality. ASIRT is underfunded and completely jammed up. Every week or two we hear another story about ASIRT declining to pursue charges against some brutal cop. And the few times ASIRT does go forward, things just hit another wall, because the Crown prosecutors are underfunded too. Great situation if you’re bad police and you want to get away with cracking some skulls. Not so great for the rest of us, who would really prefer that someone, anyone, please watch the watchmen. 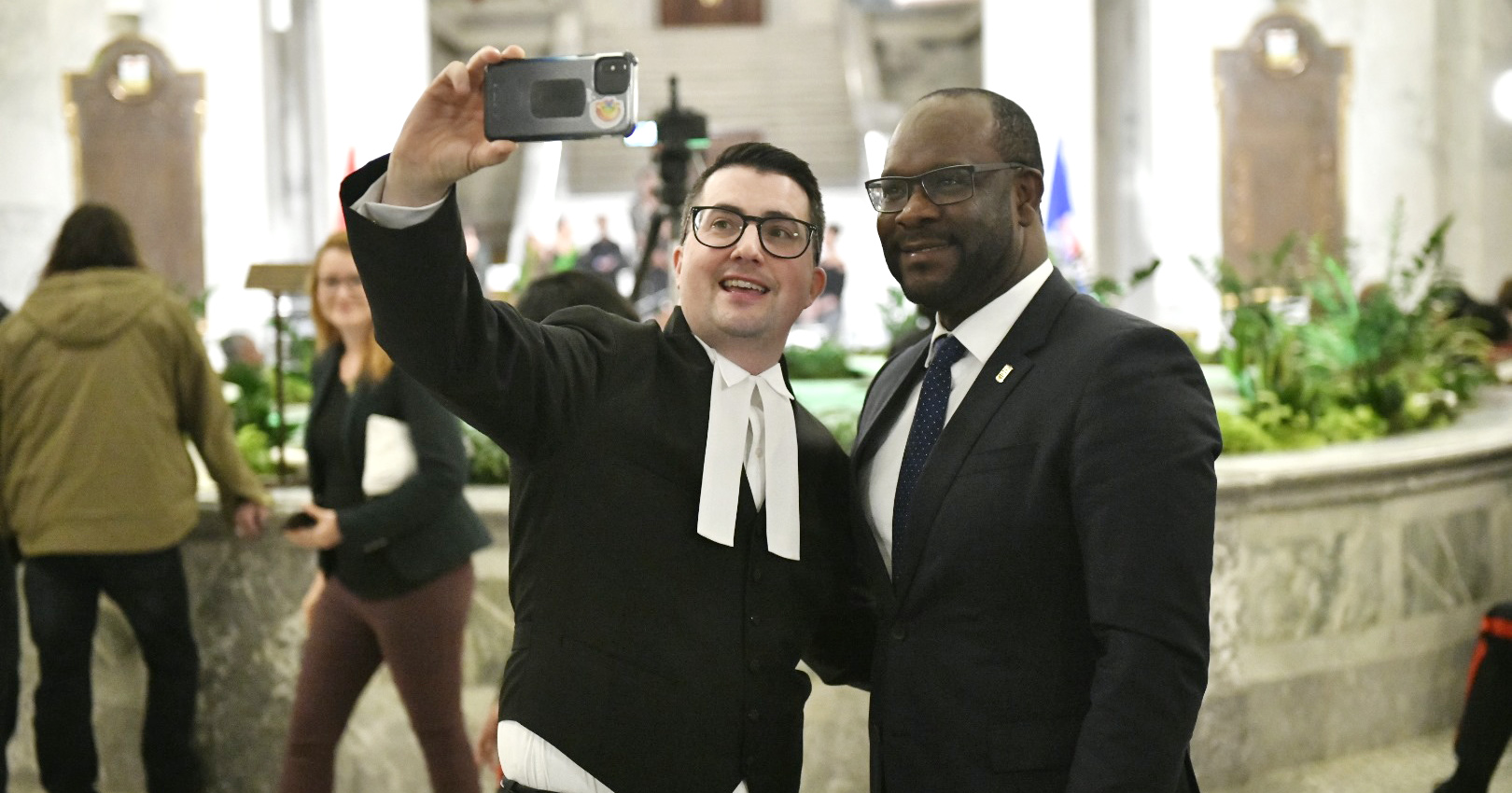 Nathan Cooper with Kaycee Madu in the rotunda at the Alberta legislature. Image via Legislative Assembly of Alberta.

Yeah, we’re going to ask you for money this month

I’m very bad at fundraising and uncomfortable asking for help. But if you do think that what we do at Progress Alberta is good for this province, and you’ve got a few dollary-doos left in the old swear jar, I hope you’ll consider helping us get this work out there by throwing in a bit on our donations page. If you’d like to pitch in but the website’s no good for you, shoot me an email. And while we will have to do the non-profit thing of sending you a handful of fundraising emails this month, I promise you that we’ll try to be clever and there will be at least one photo of Duncan’s adorable dog.