Before her resignation Hughson told media that ASIRT is struggling with an "unmanageable" workload and that the organization is shedding staff and falling further behind on files. The UCP government cut ASIRT’s budget by three per cent in 2019-2020, part of an estimated six per cent reduction in overall justice system spending. In late 2021 ASIRT is still closing out police brutality and misconduct investigations from 2018.

The leadership of ASIRT resigning from the organization also follows shortly on the heels of the Alberta Crown Prosecutor Service (ACPS) refusing to prosecute or withdrawing criminal charges in three separate cases against cops in the past two months. These are serious charges: sexual assault, assault for slapping a handcuffed man in the face (by an officer with a past conviction for assaulting people in-custody), and an attack by an EPS constable in 2019 that was described by the former police chief of West Vancouver as one of the worst incidents of excessive force by a police officer he has ever seen.

The reluctance of crown prosecutors to prosecute bad cops is not a new habit.

According to reporting by Postmedia between 2015 and 2020, 352 serious incidents were referred to the Alberta Serious Incident Response Team (ASIRT). Of those 352 incidents the police watchdog recommended a charge only 66 times. Of those 66 recommendations crown prosecutors took up the case only 25 times.

Of those 25 cases where the crown did take up the case against a police officer seven either pled guilty or got plea deals, six were acquitted, and four were found guilty of at least one charge. In four cases the charges were withdrawn or stayed, three are still before the courts and the final matter is the complex case of notorious former RCMP officer Aaron Sayler, who was charged with multiple crimes, multiple times.

“No crown prosecutor is giving preferential treatment to any police officer when they’re reviewing a file. And when cases involve a police officer and someone who is in a position of trust those cases have a higher level of public interest,” said Dallas Sopko, president of the Alberta Crown Attorneys Association, when contacted by the Progress Report.

Sopko also denied that cases involving police officers were being withdrawn due to pressure on the justice system, even though he has recently told the CBC that the province is facing a massive prosecutor shortage. He told the CBC that about 1,200 provincial court cases involving serious and violent crimes are at risk of being stayed because of a shortage of prosecutors.

"Despite the fact that there is a viable case, we're having to tell victims that we just don't have the time and resources to proceed with their cases," Sopko said in a CBC in a story published on Nov. 21.

Tom Engel, a defense lawyer in Edmonton and chair of Alberta’s Criminal Trial Lawyers’ Association’s policing committee, disputes the suggestion that the crown is reluctant to pursue charges against police officers.

“I think Alberta’s crown prosecutors are inconsistent and there’s just too many cases where they make perverse decisions not to prosecute that beg for an explanation. I think there is a double standard and that some prosecutors are reluctant to prosecute police officers,” Engel told the Progress Report.

“Until they become transparent about how these decisions are made the public isn’t going to buy it that there isn’t a double standard at play here.”

In British Columbia when crown prosecutors refuse to charge a police officer after a finding against a cop by the Independent Investigations Office (B.C.’s equivalent to ASIRT) the crown prosecutors issue what is called a “Clear Statement.” Here’s an example of one.

“In order to maintain confidence in the integrity of the criminal justice system, the [B.C. Crown Prosecutor Service] will issue a Clear Statement explaining the reasons for not approving charges where the potential effect of the officer’s conduct could negatively impact public confidence in the administration of justice,” is a quote from a recent Clear Statement.

In Alberta these types of “Clear Statements” simply do not exist. When crown prosecutors refuse to prosecute cops no explanation is given.

But ASIRT also faces structural problems beyond just underfunding and a high caseload. While the organization is ostensibly led by civilians every single investigator in ASIRT is either a cop or a cop seconded to the organization. This potential bias shows up in their findings all the time. The organization recently closed an investigation between an incident with a citizen and a Calgary Police Service officer that occurred in December 2018 in the arrest processing unit. There was a struggle where an officer pushed the suspect against a wall, in a location that was out of view of a surveillance camera, and allegedly held him against the wall for roughly 20 seconds.

The citizen then collapsed to the floor and landed on his face. While the police tried to get the citizen back into custody immediately after his initial hospital visit it was discovered that the citizen sustained injuries that were serious enough that they led to a nine-day hospital stay. ASIRT admitted it was highly suspicious that the officer restrained the suspect at a location along the wall without camera coverage but still did not charge the cop.

In another recently closed investigation incident a citizen suffered a brain bleed after an encounter with two Calgary Police Service Officers in a holding cell in July 2019. ASIRT said the "13 strikes to the head area of a person on the ground would seem likely to interfere seriously with comfort or health." No charges were laid and any consequences that the police officers might face would come from an internal Professional Standards investigation. 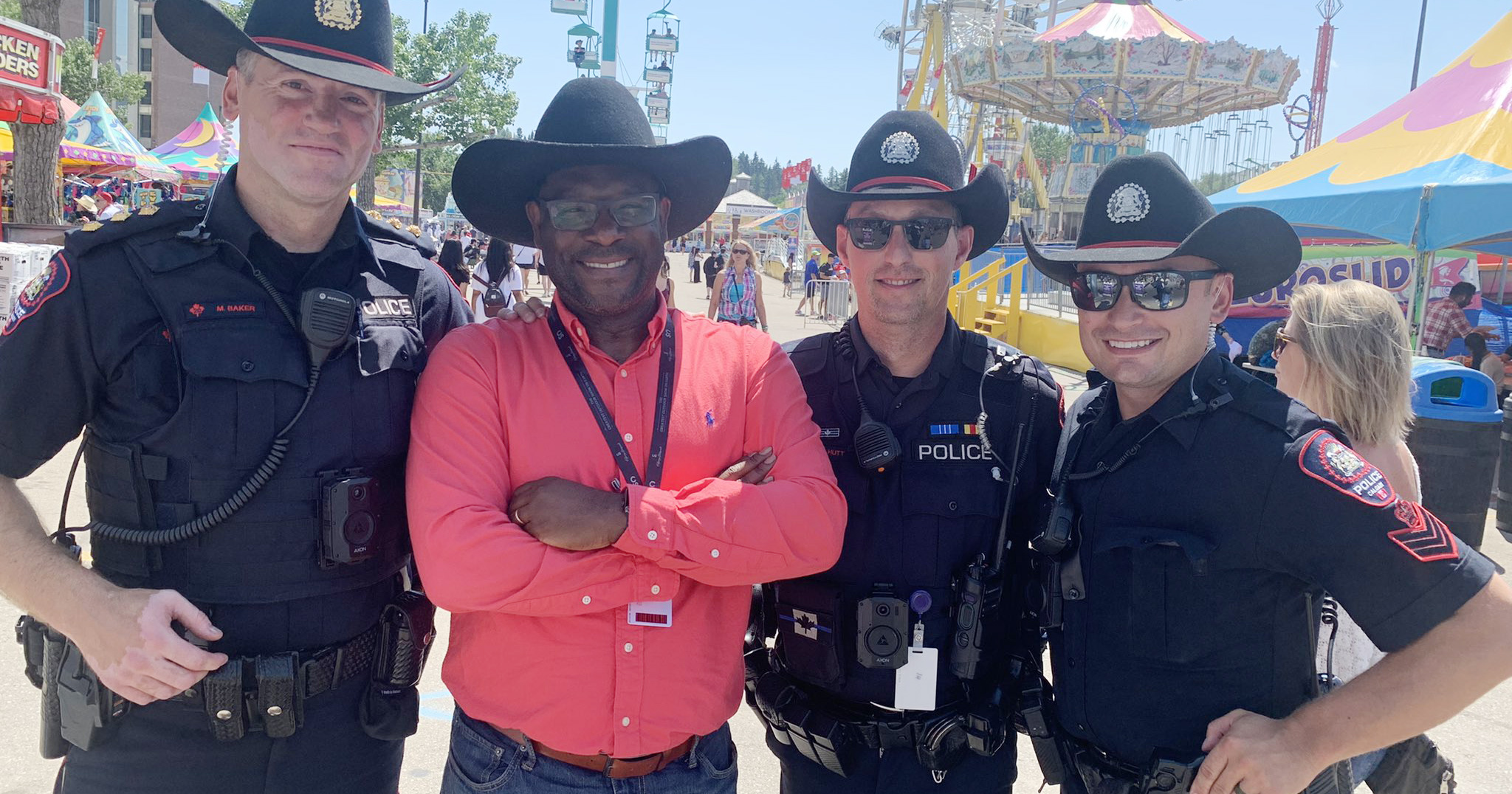 Those internal investigations are regulated by the Police Act, the legislation under which police accountability falls. This law has been heavily criticized as outdated and full of loopholes and has been under review since 2018 (when the Alberta NDP were in government). In June 2020 the justice minister at the time, Doug Schweitzer, vowed to speed up the modernization of the Police Act. In August of 2021 justice minister Kaycee Madu told 660 News that the government was focused on common-sense measures to improve policing.

“As part of those measures, the Government of Alberta is currently conducting a full-scale reform of the Police Act to modernize policing in this province—police are already regulated under this act—and will address things like establishing a credible complaints process throughout the entire province, officer educational requirements, and civilian oversight.”

Alberta Justice did not respond to our inquiries.