The contentious ‘thin blue line’ symbol has attracted more attention recently as it has been spotted at various police and police union headquarters—and even on on-duty cops—in recent months. But what you might not know is that the Edmonton Police Service claims to have actually banned it already.

“You can’t wear the thin blue line patch while on duty. We did that several years ago,” said Dale McFee, Edmonton’s chief of police, at a press conference on June 17, 2021.

This was a surprise to many so the Progress Report followed up with EPS for clarification.

“There are very specific dress and deportment guidelines as to what can be worn on the EPS uniform. Any new additions must be approved by the Corp Sergeant Major in conjunction with [the] Chief’s Committee,” EPS’s corporate communications department told us

“The thin blue line symbol is not approved for use on the on-duty EPS uniform.”

The question to McFee had been prompted by the actions of the Edmonton Police Association, the group that represents Edmonton Police Service members in collective bargaining. They were spotted flying the thin blue flag at their headquarters on the anniversary of the murder of George Floyd by Minneapolis Police.

Several Calgary Police officers were also photographed while wearing thin blue line patches while on duty on March 10. The Lethbridge Police even have a thin blue line flag on display in their headquarters. 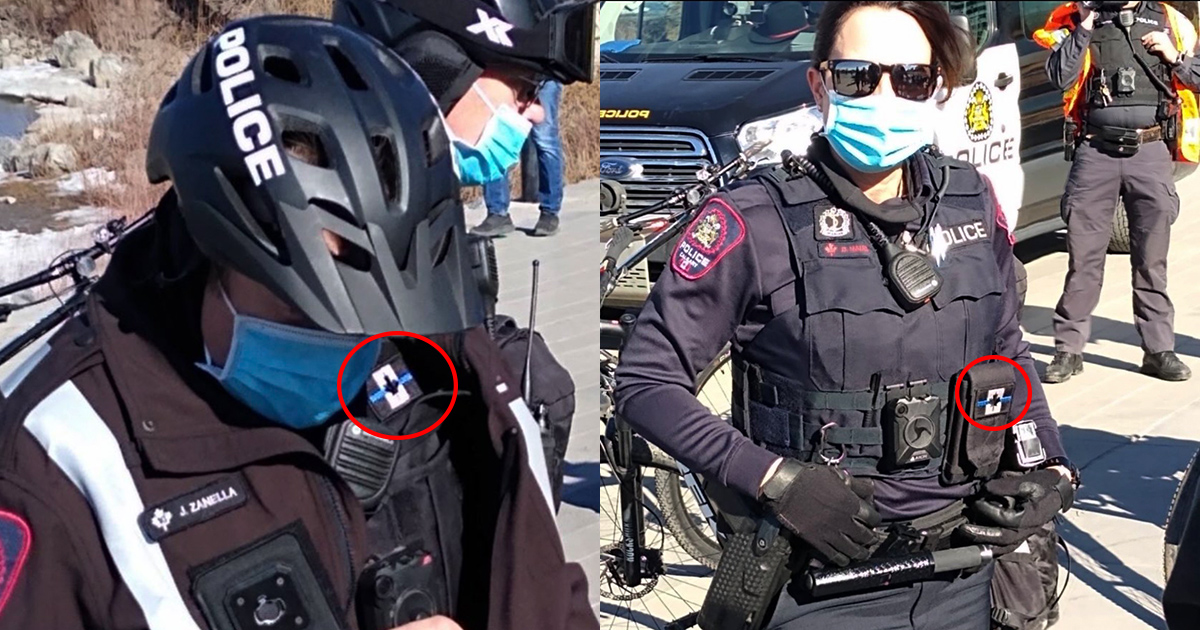 It’s not a habit that puts them in good company. The thin blue line flag was proudly flown by Proud Boys in Calgary at a Black Lives Matter (BLM) rally on August 29, 2020. The Proud Boys were counter-protesting the BLM rally and wound up being protected by a line of police officers. Just a few months later, the Proud Boys were officially designated a terrorist group by the federal government. 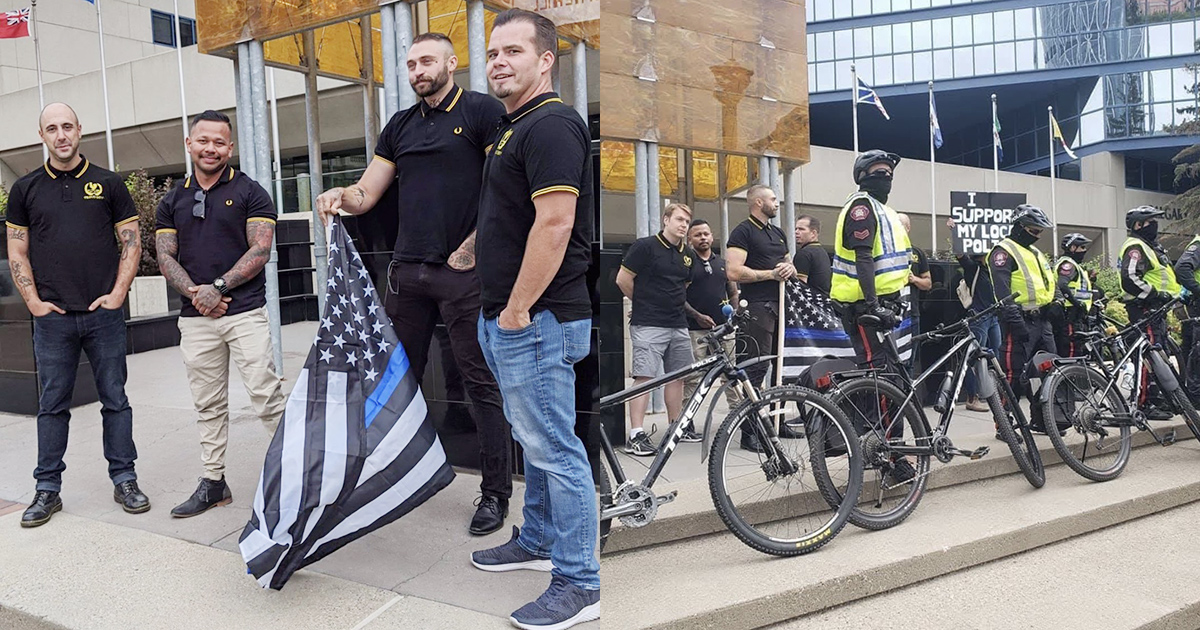 Proponents of the flag claim that it represents solidarity with the police. But solidarity in the face of what?

“The “solidarity” is at the expense of accountability for police brutality. While marginalized communities work towards liberation, police continue to act as an extension of the state that inflicts violence against Black and Indigenous communities,” argued writers from Black Lives Matter Edmonton here on the Report.

But according to Chief McFee, the Edmonton Police Service no longer allows this toxic iconography. Should you see an EPS officer wearing the thin blue line while on duty, please try to get their name and badge number. You can send a photo in confidence to us at [email protected].