You can’t be anti-racist if you don’t know where the racism is happening and nearly every single institution and government in Alberta just doesn’t collect data on Black people. Thankfully the Edmonton Public School Board and Norquest College have both announced that they will start collecting race based data.

If this province’s governments and institutions are serious about addressing anti-Black racism, they need to follow suit. 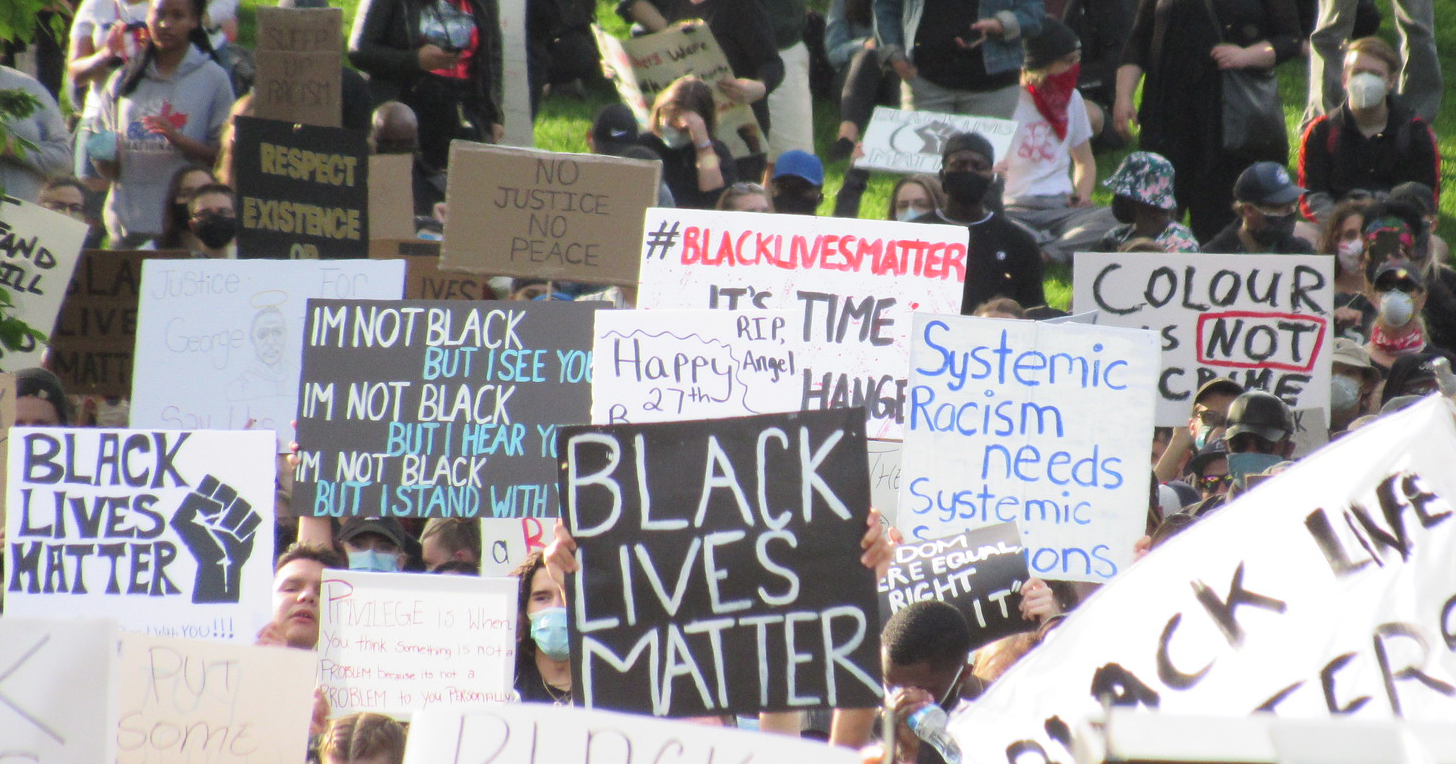 The common rejoinder from those who don’t want to change the system is that they ‘don’t see colour.’ And of course they don’t – because they refuse to look. But that’s not innocence, it’s willful ignorance. If we want to start addressing systemic racism we have to know what’s actually happening to Black people. The reality is that here in Alberta important institutions like our governments, our healthcare system and the vast majority of our education system simply don’t attempt to find out.

“In almost every other aspect of our world data is pretty important, and we also have a general understanding that race does affect people’s lives – definitely in education. This has been talked about over and over again,” says Yodit Tesfamicael, an organizer with Students4Change and Black Women United.

Norquest College is an interesting test case. It’s a relatively large and diverse community college with 20,000 students located in downtown Edmonton. Just read their website and marketing materials: “57% of our students are born outside of Canada, 115 languages spoken on campus.” It’s quite often the first point of contact for newcomers to Edmonton who are looking into higher education.

But until they were forced into action by a group of students, alumni and Black organizers called Students4Change, Norquest was not collecting race based data. Now, Norquest College is the only post-secondary institution in Alberta to collect this information. Tesfamicael is part of this group and what spurred her to get involved were negative experiences her cousin faced in the licensed practical nurse program.

“We wanted to look at the retention rate, attrition rates, the grades students were receiving, and that’s going to be important because what we do know is that Black students were not finishing the program in the length of time that is advertised,” says Tesfamicael. Programs that were advertised as two and a half years were taking students five.

Tesfamicael also supports this collection of data at the school board level and wants to see it spread across the province.

“The challenges you see at the higher education levels often are the result of challenges at the K-12 level. I’m a University of Alberta student in a masters program and one of the trends we’re seeing among the Black population is that we have a lot of Black international students. We don't have a lot of domestic Black students… what’s going on here?”

The Edmonton Public School Board recently voted to start collecting race based data as well. They will be the first school board in Alberta to do so. Board chair Trisha Estabrooks says that back in June at the height of the George Floyd protests the EPSB acknowledged that there was systemic racism in their schools. Collecting this data is a first step to action.

“If we acknowledge that there is racism and inequities what are we going to do about it? In order to do something about it we need to measure what those inequities are before we can move forward. And the community has been asking us for this. The reality of being a trustee is that you hear from parents, families, community organizations and students that this is something they want and so we’re listening,” said Estabrooks.

“Quite frankly we’d like to see other school divisions jump on this too.”

Desmond Cole is an author and activist and has written extensively about issues facing Black students in Canada’s schools, specifically around excessive discipline, streaming and other anti-Black racism they face.

“None of this data that is collected is going to surprise Black and Indigenous people. There is no mystery to be solved in collecting statistics. It’s to document what we already know and to use that to take action,” says Cole.

“The biases of the entire system are not going to be erased by collecting data. But we need to hold people and institutions accountable and the data helps us do that.”

Taking action to improve the lives of Black people is the important part. When organizations like the Edmonton Police Service start describing themselves as anti-racist (something we explore in our recently recorded podcast with Tesfamicael) the word loses its meaning.

“It’s funny. Now we’re seeing a lot of institutions say that they want to be anti-racist, that they consider themselves anti-racist, well this all goes back to performative politics. You can say whatever you want the most important piece is: are you actually making changes that improve the lives of Black people? That’s the bare minimum,” says Tesfamicael.