One very clear takeaway from the shocking leak earlier this month, which showed the American Supreme Court on the verge of tearing up Roe v. Wade, is that a lot of damage can be done if the wrong people are installed in a place’s judicial system.

It’s a thought that was front of mind for me when I read last week’s mind-boggling opinion from the Alberta Court of Appeal on a new piece of Canadian environmental law, the Impact Assessment Act. 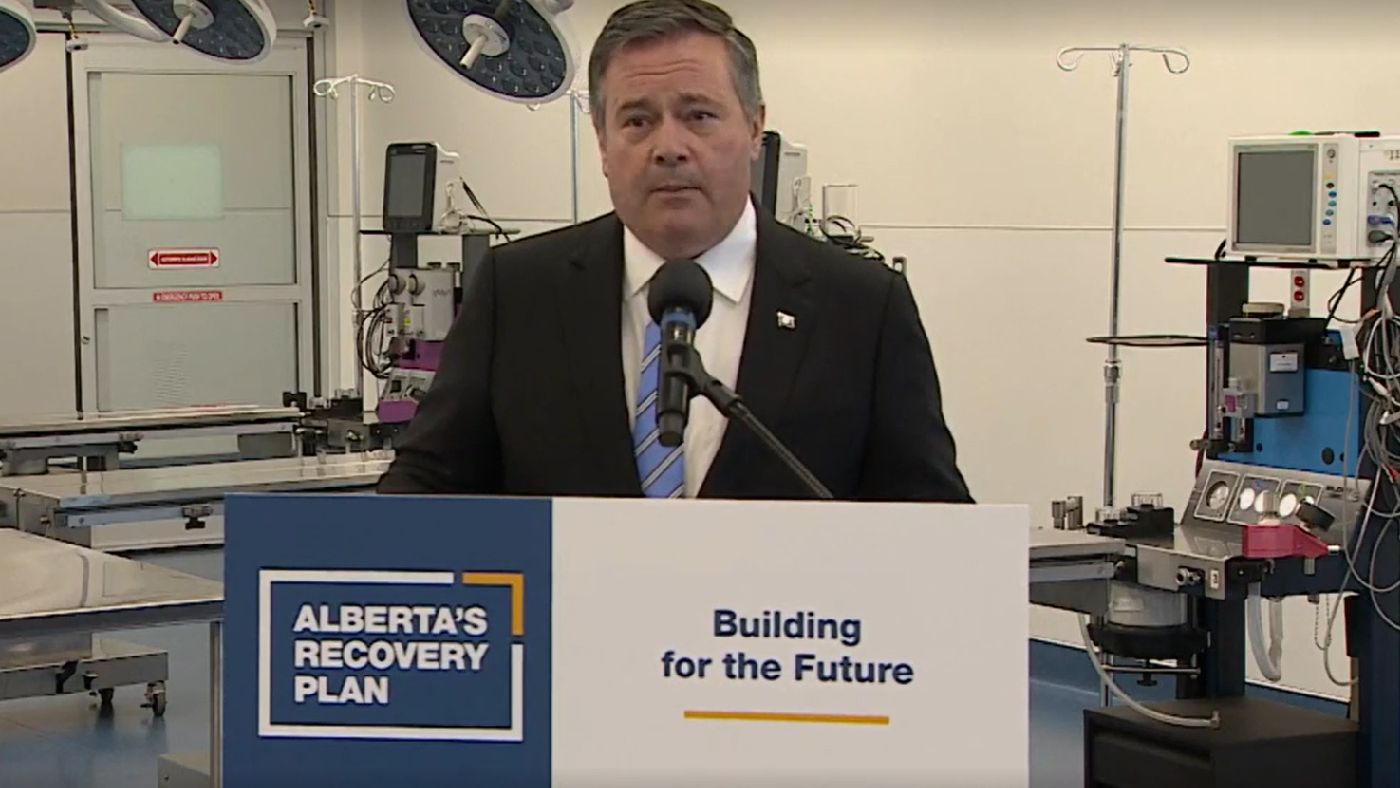 Kenney did a bit of a victory lap last week, though the federal Supreme Court is expected to overturn the ACA decision anyway. (From the Government of Alberta livestream.)

A little background: the Impact Assessment Act is the latest version of the rules for environmental assessments of very large projects that could cause environmental damage. It’s a federal law brought in by the Trudeau administration that takes over from the Canadian Environmental Assessment Act, which was a little tepid when it was introduced way back in 1995 and had been watered down even further by the Harper administration in 2012. Any attempt to strengthen environmental regulations gets industry lobbies howling, and the IAA had the figurative steam coming out their ears. The UCP melodramatically call it a “Trojan horse” meant to usurp provincial control over anything and everything.

The decision rendered by the Alberta court is some real spit-out-your-coffee level stuff. My eyes just got wider and wider as I read it. You can’t get eight pages into this thing before the justices are making ‘ethical oil’ arguments and start dropping veiled implications that foreigners are out to get our oil industry.

Only one judge dissented. Justice Sheila Greckol pushed back against the Alberta government line, protesting that "likening Canada to a foreign invading army deceptively breaching our protective walls only fuels suspicion and pits one level of government against each other."

A change in government looks pretty likely for 2023, but if you’ve got hopes that an NDP administration might wrest our judiciary away from the grasp of the oil lobby, I’m sad to have to tell you that Rachel Notley applauded the court’s decision last week just as loudly as Jason Kenney.

Legal experts expect the Alberta court decision will almost certainly be overruled by the federal Supreme Court in short order.

A big round number!

You’re reading the 300th issue of Progress Alberta’s weekly email digest. Now that’s a big number! We’ve been at this for nearly six years now, trying to fill a hole in Alberta’s media system and counterbalance greasy right-wing outlets like the Rebel, the Western Standard, and so-on. I hope that our work is useful to you.

It’s tough for us to stand up against the incredibly well-funded media operations of the right, and we’re entirely reliant on donations and subscriptions from readers like you. I will admit that the PA accounts are not looking too hot these days—everyone’s feeling the pinch lately and many folks have had to cut back on what they can donate to projects like this. If you think our work is valuable, and you’re in a position to be able to chip in, I hope you will consider supporting Progress Alberta with a small monthly donation.