COVID protests of a different tenor are happening daily in Alberta's big cities in opposition to the drastic rollback of COVID-prevention measures the UCP announced last Wednesday.

Noon rallies at the McDougall Centre in Calgary and the Legislature in Edmonton were drawing dozens last Friday, but that number has swelled to hundreds. Organizers intend to keep these rallies, and concurrent pressure campaigns like letter-writing to MLAs, going until at least the 16th, or when testing, contact tracing and isolation are reinstated. The Alberta NDP are meanwhile demanding the government commit to holding a public inquiry into how the pandemic has been handled, which does seem like a better use of that tool than what Steve Allan is presently putting it to. 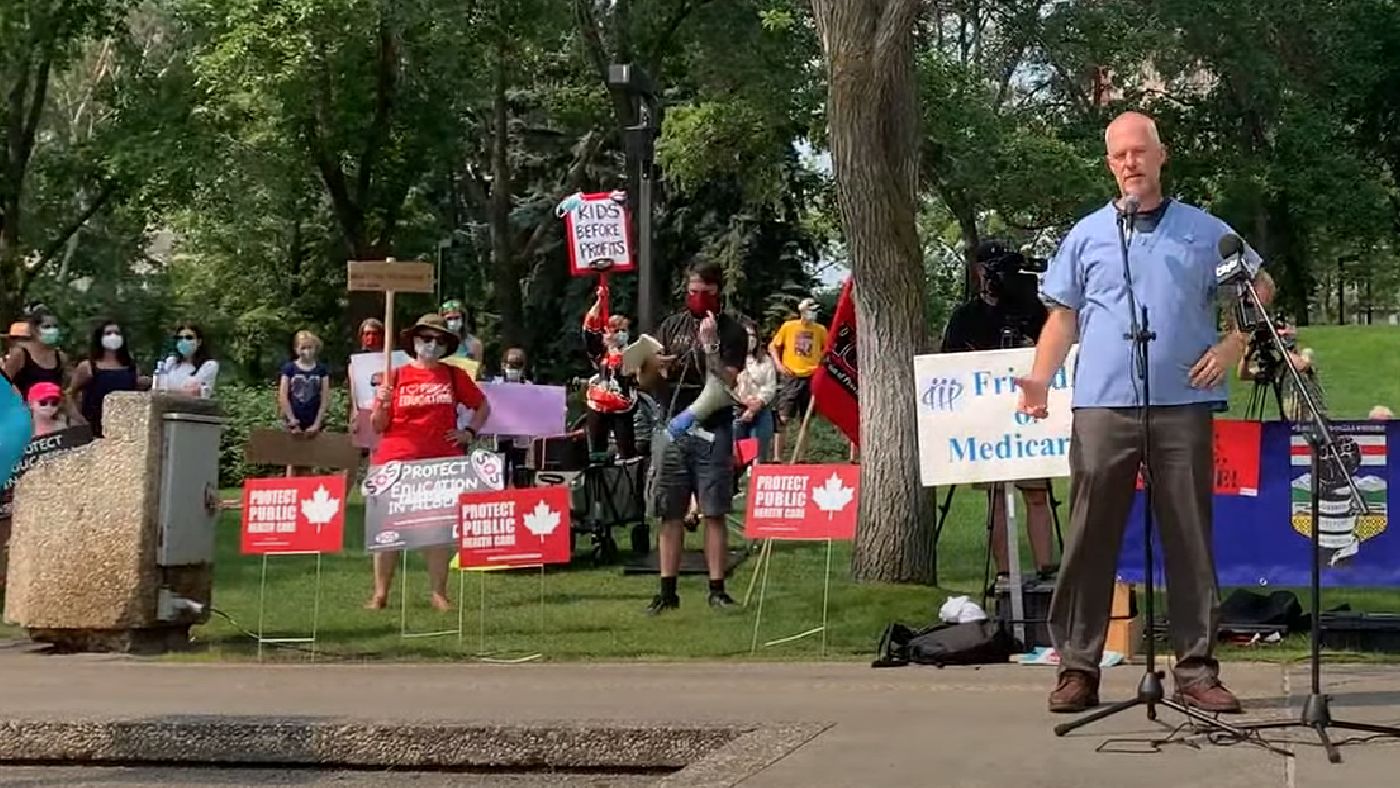 Dr. Hinshaw cited cold and flu season last week as the justification for ending testing and contact tracing in most settings, though that does compel me to wonder why we just can’t prevent cold and flu season again this year with masks, like we did last winter.

Should you oppose the UCP’s repeal of COVID-prevention measures, you can simply join one of these rallies at noon, or if you’re outside of the two big cities, join the letter-writing campaign or give your UCP MLA, should you have one, a call at their office. Support Our Students is assisting with some of the organizing work here and can point you in the right direction if you can’t make the rallies.