Political discourse in Alberta kicked off very tediously this week with the Premier trying to pick a fight about trucks. The question of whether Canada’s city-dwellers really need all those F-150s popped up in Passage, a left-wing online publication, last week, and Fox News in the United States picked it up as something to holler about for a few days. And so the Premier ended up hollering about it too.

It’s a safe bet that when Jason Kenney is pivoting to the culture war there’s something real he’d prefer you not be paying attention to. This week, it’s worrying COVID numbers in Alberta, especially out of Calgary. Late last Friday afternoon AHS reported that the R value (an estimate of how many other people each person with COVID infects, on average) was holding steady above 1 and the virus was making gains again. Monday and Tuesday’s data is continuing the trend. 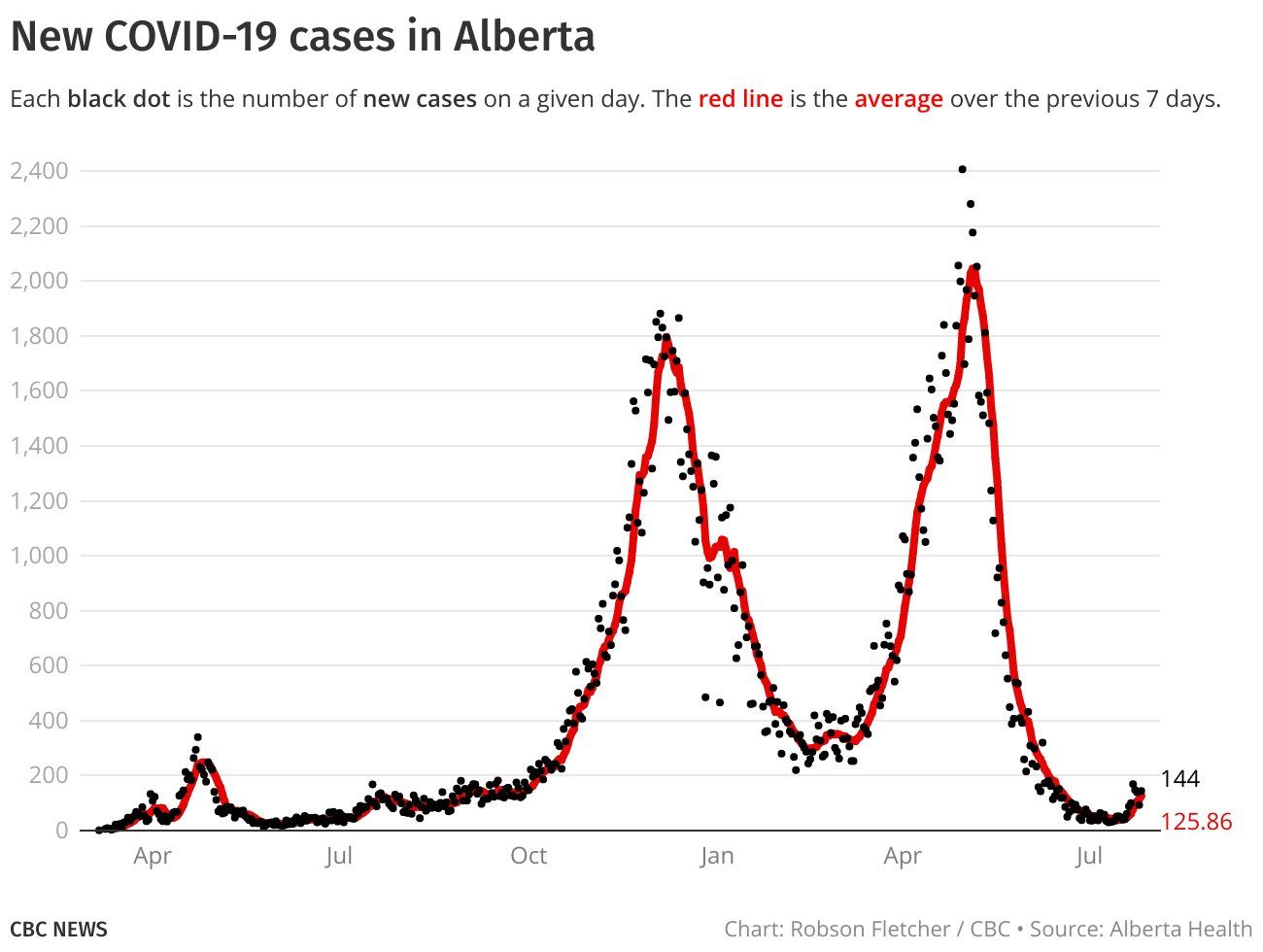 The good news is that with much of the population vaccinated, if there is a fourth wave, it at least won’t get so large that our hospitals are driven to full capacity, like they were during the last one. But that’s cold comfort to the people who do catch a virus that we really should have had under control by now, and I don’t think it will be very satisfying for those of us who are just sick and tired of this pandemic and Alberta’s failure to clean it up, either. As I’m writing this, only 54% of the population has been fully vaccinated. 46% of 4 million Albertans is an awful lot of people to be putting at risk.

For the Premier a fourth wave originating in Calgary would be extremely politically damaging. It was Jason Kenney, after all, who pushed for not just the Calgary Stampede but a relaxation of infection control protocols across the province. If COVID infections spike again this week, it’s Jason Kenney who will have to wear it, and rightfully so.

This is the online version of the Progress Report email newsletter. Don't depend on some social media or search engine algorithm to find this content in the future. Sign up to get the best left wing political newsletter in your inbox every week.