This post will be updated if and when more environmental organizations make their submissions to the Allan inquiry public.

The Allan Inquiry into so-called “anti-Alberta energy campaigns” is only a few days away from its July 30 deadline. Although whether Allan will submit his final report on time still remains to be seen but there is some progress to report. The inquiry has shared a draft version of its report with about 40 environmental groups and funders that were named in the report.

The Allan Inquiry sent this draft report to these groups due to procedural fairness reasons. If you’re going to name a group and say they were part of an “anti-Alberta energy campaign” in a quasi-judicial process like a public inquiry those named organizations must have an opportunity to review the evidence that was used to make that finding and also get an opportunity to make their own submissions. 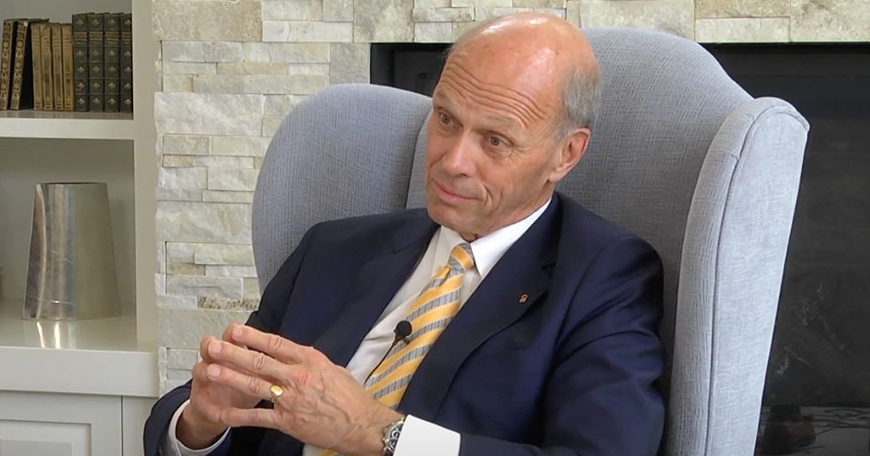 Some of these groups are making their submissions to the Allan inquiry public. This post will aggregate and excerpt these public submissions. They are displayed in alphabetical order.

350.org is an international climate justice organization with offices and organizers around the world. Their Canadian office is focused on pushing Canada to take real climate leadership by freezing oil sands development and keeping fossil fuels in the ground.

350 Canada responds to the Alberta Inquiry

“All of this is to make one thing clear: 350.org has never acted against Alberta or Albertans. We have acted in favour of climate science and a just transition that supports workers and communities. But, it’s also understandable that you may not have understood this as your report doesn’t include references to any peer-reviewed climate science or expert analysis of the impacts of acting in line with that science on Alberta, Canada and the world. That’s why in addition to this letter, we have uploaded a small sample of the information motivating 350.org’s work both in Alberta and across the world to the dataroom, and included in this letter. For your report to have any semblance of balance, we implore you to review these and include them in your analysis. Additionally, we would strongly suggest that you seek testimony from individuals with expertise in climate science and just transition policies as currently the absence of this from your report undermines the credibility of your findings.”

Dogwood is a B.C. based organization that bills itself as B.C.’s largest nonpartisan citizen action network. They have done campaigns over the years on stopping pipeline development, getting big money out of politics, and stopping coal exports from B.C. ports.

Dogwood’s response to the Alberta Inquiry

Excerpts from their submission.

“In forming his opinion that Dogwood and allies have participated in an “anti-Alberta energy campaign,” inquiry commissioner Steve Allan relied on a scattered collection of social media posts, media interviews and archived webpages going back over a decade. All of this is accessible by anyone using an Internet search engine. We stand by the contents today.”

“Allan also makes outright factual errors, some of which are the result of reliance on hearsay evidence. For example, he accuses us of organizing a letter-writing campaign against the Energy East pipeline based on someone’s Internet blog post. Reviewing the copy written by Dogwood staff shows this is simply incorrect.”

“Commissioner Allan’s errors, omissions and logical leaps could have been corrected through a simple phone call. At no point did Allan interview our staff or any other witnesses that we know of. There are no sworn affidavits related to Dogwood’s work or anything else that would be considered reliable evidence of the legal standard normally expected of a public inquiry.”

Ecojustice is a Canadian environmental non-governmental organization that, according to their website, “uses the power of the law to defend nature, combat climate change, and fight for a healthy environment for all.” Ecojustice is Canada’s largest environmental law charity.

Excerpt from their submission.

“The Commissioner’s conclusion that Ecojustice participated in an anti-Alberta energy campaign based on general information from Ecojustice’s website and without any communication with Ecojustice on this issue prior to June 18, 2021 is not supportable. The draft Report suggests that Ecojustice opposed Alberta oil and gas development “on a general basis” simply for the purpose of opposing such development. That is not accurate. Ecojustice’s mission is to represent clients using the courts and power of the law to defend nature, combat climate change, and fight for a healthy environment for all. All of Ecojustice’s work with respect to Alberta oil and gas development raised discrete and specific concerns about the lawfulness of an action or the potential environmental impacts of a development.”

Greenpeace is an international environmental non-governmental organization with offices around the world. The organization began in 1971 and has campaigned on a wide variety of environmental issues over its 50 year history including climate change, deforestation, commercial whaling and nuclear development.

Greenpeace Canada response to the draft report of Allan Inquiry

“[Allan] both implicitly and explicitly downplays the threat of climate change (the motivating factor for Greenpeace Canada in our work on responsible oil and gas development), accusing environmental groups of extremism, polarization and endorsing the need for further study before societies take action. Specifically, he cites Rosling in paragraph 535 to the effect that environmentalists are too alarmist with respect to climate change and then agrees with that statement. Rosling is cited as saying: “Climate change is way too important a global risk to be ignored or denied, and the vast majority of the world knows that. But it is also way too important to be left to sketchy worst-case scenarios and doomsday prophets. When you are called to action, sometimes the most useful action is to improve the data.” The Commissioner then agrees with this position in the following paragraph (536): “The concerns identified by Rosling are concerns that I share.” (paragraph 536).

These sorts of references and comments serve no purpose and are especially unfair and unbalanced when the Commissioner declines to refer to the many highly credible reports in his possession which speak to the seriousness of climate change. With respect, it is also unclear what expertise (or evidence) that the Commissioner draws on to say that these concerns are valid and he agrees with them. These references and comments ought to be omitted from the final report.

It is particularly troubling that the Commissioner accuses eNGOs of extremism and polarization (at paragraph 537) without bothering to cite a single report or finding by the United Nations' Intergovernmental Panel of Climate Change (IPCC).”

Greenpeace also has a blog post providing more context for their submission.

West Coast Environmental Law was formed in 1974 and is a non-profit group of environmental lawyers and strategists dedicated to safeguarding the environment through law. They're based in Vancouver and have worked with municipalities, NGOs, the private sector, as well as settler and First Nations governments to develop legal solutions to protect and sustain the environment.

West Coast Environmental Law submits that you have erred in determining that WCEL has participated in an “anti-Alberta energy campaign” as defined in the Terms of Reference. We further request that any reference to West Coast Environmental Law participating in an “anti-Alberta energy campaign” be removed from the Inquiry report along with the other amendments requested throughout these submissions.

West Coast Environmental Law also has a blog post on their submission, which summarizes their key points.

The Wilderness Committee is a B.C. based environmental non-governmental organization that was formed in 1980. It has offices in Ontario, Manitoba and B.C and they campaign on defending parks, preserving wilderness, protecting wildlife, safeguarding public resources and fighting climate change.

Our serious response to a silly inquiry

Excerpts from their submission.

“Our climate campaigns would not be focused on Alberta tar sands, British Columbia fracking operations or thermal coal exports from the United States if carbon pollution from the extraction, export and combustion of these fossil fuels were not causing global warming that imperils human civilization as we know it. Regardless of the jurisdiction in which they are produced, these products are destroying communities, disrupting livelihoods and killing people.”

“Notwithstanding the unreasonable time limitation that your Inquiry affords to environmental groups to respond to your false conclusions, these few examples prove your characterization of our campaigns as “anti-Alberta energy” is a deliberate misinterpretation of our important work in defence of wilderness, wildlife and the climate. Our climate campaigns are neither exclusively targeted at Alberta nor explicitly opposed to its energy. On the contrary, we are extremely supportive of many of Alberta’s energy resources including wind, solar and geothermal. It is the extraction and combustion of fossil fuels wherever it takes place that we oppose — a position that is grounded in the science of climate change.

Therefore, we reject your findings in their totality as the evidence you have gathered is incomplete, insufficient, and does not support your conclusion. We have always been and remain committed to maintaining a safe climate and that is the driving force behind our campaigns.”