After two years and $3.5 million, Steve Allan's inquiry finds... nothing?

A leaked draft of Steve Allan’s inquiry report on “anti-Alberta” environmental activism has everything you’d expect: climate change denial, weird conspiracy theories about activists plotting for a Marxist “one world government”, and plenty of sloppy, lazy inaccuracies. But then there’s something you wouldn’t expect. In the draft, about three quarters of which the Progress Report acquired last week, Commissioner Allan takes great pains to say, repeatedly, that despite all the inflammatory filler crammed into his report, he has no evidence that the environmental movement has done anything wrong at all. 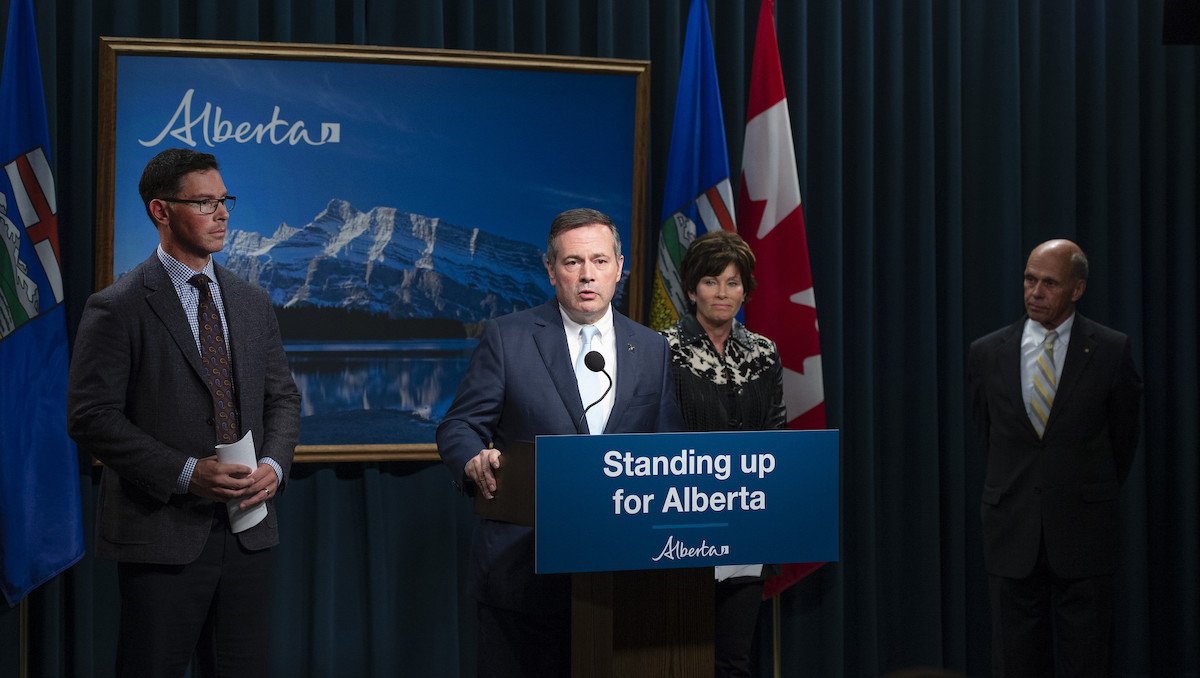 Allan, Kenney, Sonya Savage and Doug Schweitzer at the 2019 launch of the inquiry project. Photo provided by the Government of Alberta

“No misconduct,” “nothing improper,” nothing that should be “impugned in any way,” the commissioner repeats over and over again throughout the nearly 200 pages we reviewed. It makes you wonder what the point of giving the inquiry over $3.5 million in funding was at all.

If you need some clues about what the real intent of that project was, you could look at who the commissioner paid to help out. No one representing the loose aggregate of environmental non-profits and charities who are in the inquiry’s crosshairs was contracted to provide any paid work from their perspective. But Barry Cooper, founder of the climate denial propaganda group Friends of Science, was paid over $6000 to contribute a report. Back in 2008, Cooper was caught red-handed in a scheme to funnel funding through the University of Calgary to climate-change-denying political ads. Cooper’s submission portrays climate change as a hoax and argues that the whole business is a plot by shadowy international Marxists.

Tammy Nemeth, whose present employment is listed as an elementary homeschool teacher, was paid $28,000 by the commission for a report arguing very similar points—that climate change is a hoax, a “marketing tool” designed to overthrow capitalism (don’t threaten us with a good time, Tammy!) and that carbon dioxide is being unfairly demonized, because it’s just food for plants, don’tcha know.

Another $50,000 went to Energy In Depth, an astroturf organization funded by the Independent Petroleum Association of America, whose bread and butter seems to be trolling and smearing journalists and researchers who dare speak ill of fossil fuel extraction. And then of course I have to mention Vivian Krause, who the inquiry contracted out for about $40,000, although she says they stiffed her.

The draft we reviewed is a remarkable thing. The bizarre theories of Cooper, Nemeth, Krause and co. are all over it, and for nearly 200 pages the environmental movement is repeatedly smeared—so much so that I’d expect lawsuits when Allan finally releases this thing—and yet when it comes to making a conclusion, and announcing what the inquiry has found, all he has to announce is nothing. No evidence of misconduct, no evidence of wrongdoing, nothing to impugn. I sincerely hope this draft is what Allan releases, if he ever releases anything; times are tough, and people could use a laugh.

Your support makes our work possible

It’s been a while since I’ve included a fundraising pitch in the newsletter, so I hope you’ll indulge this one. Progress Alberta, the non-profit that produces the Progress Report, is a scrappy little non-profit that only gets by with the support of readers and listeners like you. And right now we’ve only got a few months of gas left in the tank.

If you’re one of the lucky few who made it out of the hellish last year with a few extra loonies left, and you value the work we’re doing—like the Progress Report podcast, the journalism and analysis we commission from activists across the province, our media criticism and this newsletter—please consider helping us keep going by throwing what you can in the hat. Any little bit helps.

This is the online version of the Progress Report email newsletter. Don't depend on some social media or search engine algorithm to find this content in the future. Sign up to get the best left wing political newsletter in your inbox every week.