Exclusive: Allan inquiry finds nothing ‘improper’ and no ‘misconduct’ by Tar Sands Campaign

Steve Allan's inquiry into "anti-Alberta energy campaigns" is poised to find that nothing done by climate activists, or the donors who funded them, "is in any way improper or constitutes conduct that should be in any way impugned," according to sections of the draft report obtained by the Progress Report. 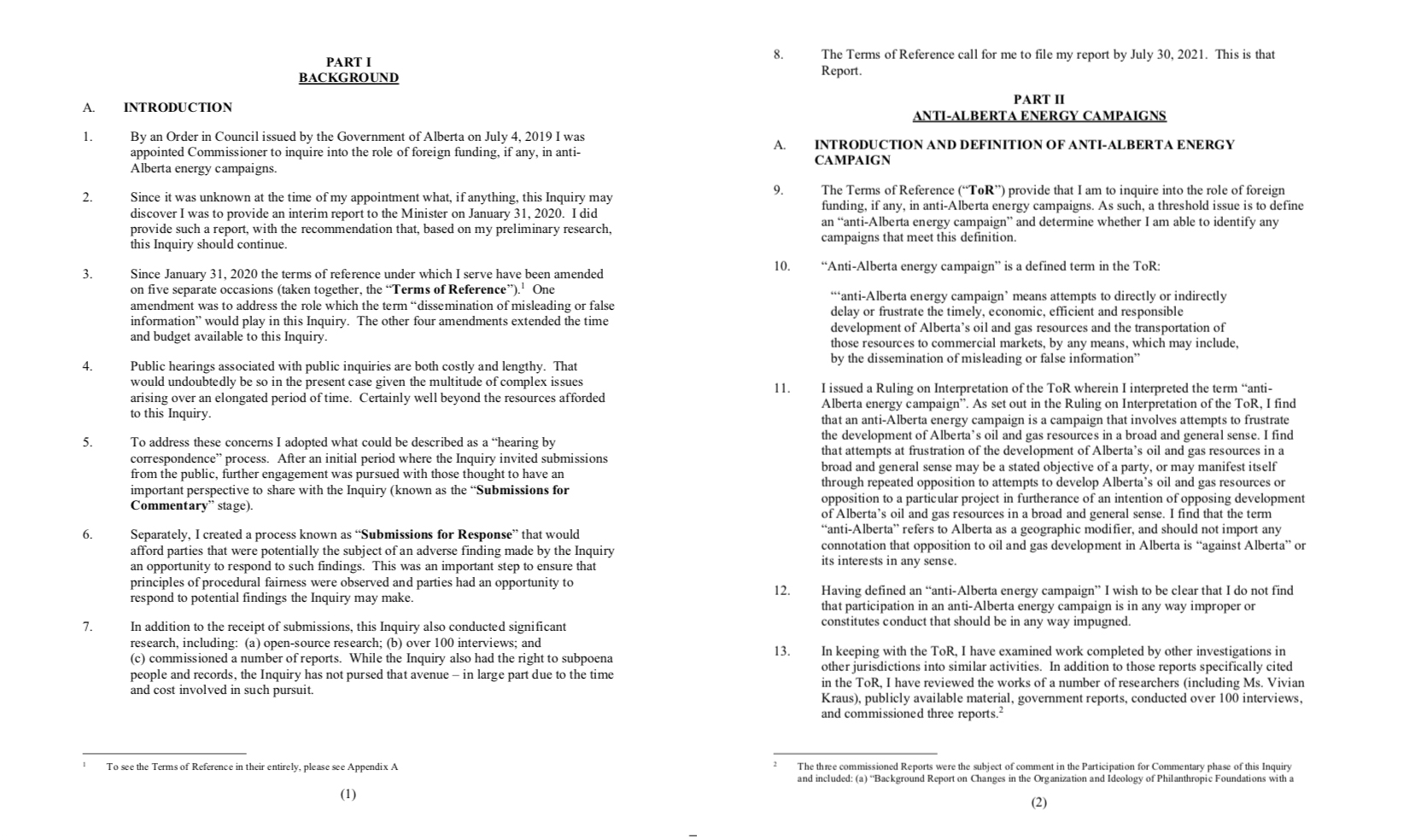 Allan makes statements of this nature clearing climate, anti-oil sands and anti-pipeline activists and their funders of any wrongdoing six times throughout the sections of draft that the Progress Report has obtained. These statements by Allan directly contradict the depiction of climate activists as economic saboteurs that Premier Jason Kenney, who ordered the inquiry project, has aggressively promoted since arriving in provincial politics in 2017.

The $3.5-million-dollar inquiry started out as a popular part of Kenney’s 2019 campaign stump speech, but has since devolved into a massive political liability.

The inquiry, described by critics as "Facebook-era McCarthyism" and a "witch hunt", was presented by the UCP administration as a project to root out "anti-Alberta" campaigns and an alleged network of shadowy foreign backers. At the press conference which formally launched the inquiry, with commissioner Steve Allan standing next to him, Premier Kenney spoke about “foreign meddling” and how climate activists were out “to defame our industry and landlock our resources.”

“We think there is probably a fair bit of mischief going on here and we are going to push back against it. We are going to use every legal tool at our means to do so,” Kenney told the Manhattan Institute, a capitalist think tank in New York, during an interview shortly after the launch. 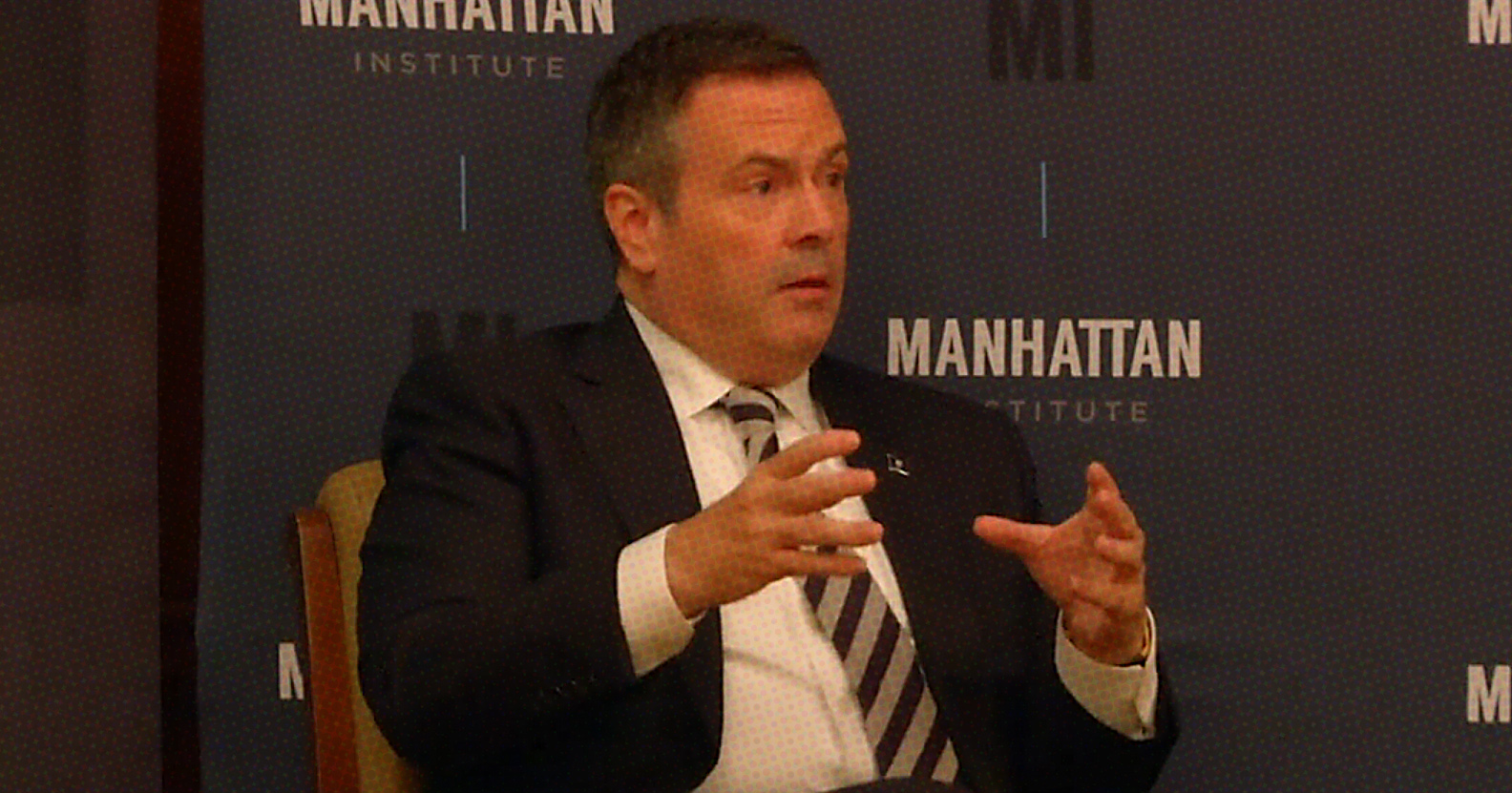 Environmental non-profit groups and the foundations named in the report have finally had a chance to review portions of Allan’s report and respond with their own submissions. Greenpeace and the British-Columbia-based environmental non-profit Dogwood have noted that the draft is littered with basic factual errors and filled with climate denial talking-points that "misrepresent climate science and the severity of the climate crisis."

Despite Allan's repeated affirmations that the report clears activists of any wrongdoing, many statements and negative implications in the sections the Progress Report has reviewed appear likely to provoke legal action from mentioned parties if the report stays in its current form.

That assumes, of course, that the report is complete for its due date of July 30. Given that the commissioner has already blown deadlines on this project four times, the public may not be seeing it for quite a while.

Some of the most inflammatory claims by the Premier are ignored by the report entirely, including his claim that the Russian government was involved in "anti-Alberta" activities.

“Last year a US Congressional panel, the House Energy Committee if I’m not mistaken concluded that there was compelling evidence of Russian government activity supporting social media content militating against pipelines and oil and gas development in North America. The money is not just coming from the United States,” Kenney told the Manhattan Institute in the interview linked above.

Russian involvement in these alleged “anti-Alberta energy campaigns” is entirely absent from the draft report, even though the inquiry’s terms of reference explicitly instructed the commissioner to examine the work of two reports from the United States on Russian influence in US elections and domestic energy markets.

The report in its present state would appear to be a tremendous embarrassment to Jason Kenney and the UCP administration. Not only do sections of the draft meander into Agenda 21 conspiracy theorizing and climate denial but it also makes questionable assertions that the environmental movement “has its roots in the ‘one world government’ philosophy” or that it is “socialist” or based on “Malthusian theory.” But the report itself concludes that Kenney's assertions about an improper, worldwide "anti-Alberta" conspiracy are simply untrue.

It appears that Jason Kenney has spent $3.5 million in public funds—and absolutely torched what little credibility his administration may have had—simply to have someone tell him that he is wrong.