Dr. Hinshaw won’t save us. Only workers can

Today, Alberta’s unionized healthcare workers began wildcat strikes across the province in response to UCP austerity, layoffs and privatization. This is alongside Alberta’s active COVID-19 cases going from a trickle to a flood. The likelihood of our hospitals being overwhelmed grows every day. Alberta remains mostly open, with Jason Kenney promoting “personal responsibility” in lieu of a coherent state response to the crisis. The worst-case scenario outlined months ago is rapidly approaching, case numbers are increasing, and the supports propping up the system are being systematically destroyed.

Alberta’s workers, through their wildcat today, have come to a conclusion that many in the province are still unwilling to face – we can only save ourselves in this crisis together. No one else is going to save us.

Case in point: At the centre of the slow-motion disaster is the tireless, calm, but ultimately complicit Dr. Deena Hinshaw, who has become the public face of Alberta’s COVID-19 response. In Ontario, Doug Ford has opted to make the daily pandemic update about himself, but Jason Kenney made the savvy political move in mostly putting the soft spoken and eminently more empathetic Hinshaw before the TV cameras on a regular basis. 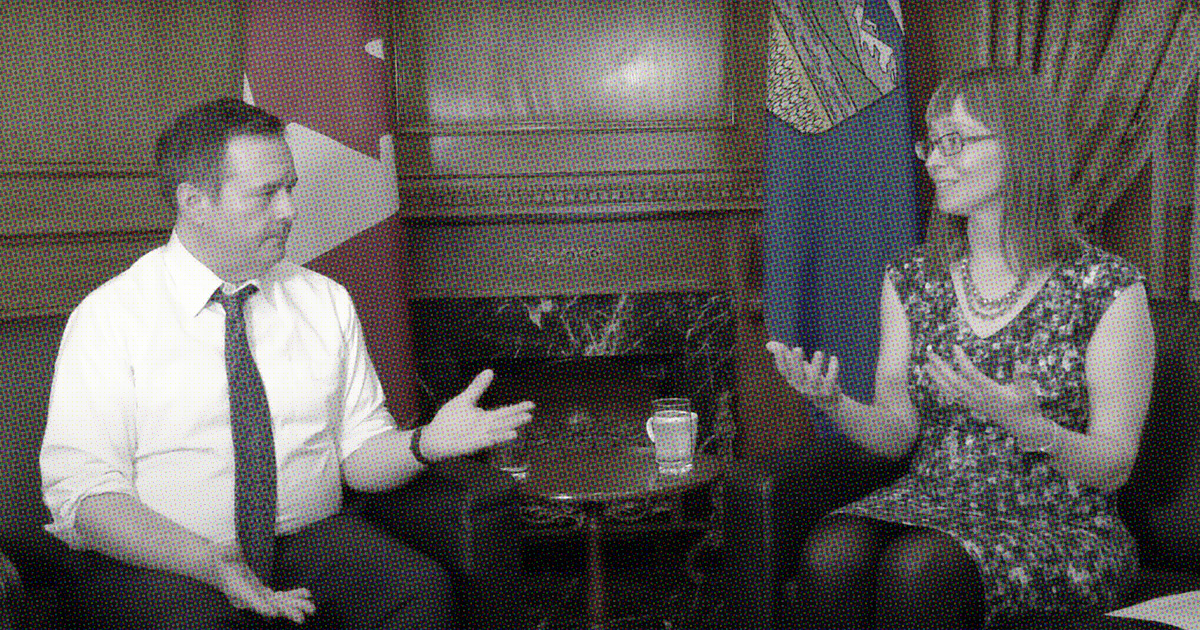 Enjoying a perception as a steady counterpoint to Jason Kenney, her regular updates on the pandemic have become a fixture of many people’s lives. When the pandemic began, she was Alberta’s newly crowned meme queen, drawing praise for steady leadership on social media and even in academic analysis, while being accoladed from both liberal and right wing circles for her steady guidance of Albertans throughout the ongoing crisis. Maybe we could chalk up Hinshaw’s quasi-folk hero status as the result of some sort of para-social relationship in the era of social distancing. But she has become an avatar people project their hopes and dreams for a managed COVID-19 response in Alberta on.

The soft-spoken Hinshaw has given updates on policy such as Alberta not closing businesses to limit the spread, offered platitudes for parents who feel stressed about the disaster that was school re-opening, and attempted to explain away the easing of restrictions on seniors homes, while reminding the province of a monetary bonus to private-for-profit homes in lieu of building long term care beds. Hinshaw has given Albertans many updates that they’ve taken in stride, without realizing that she is a figurehead running interference for one of the most uncaring governments in North America

In fact, Hinshaw’s role in furthering the UCP agenda is nothing short of a public relations coup. She is a gentle vehicle through which the UCP communicates disastrous and dangerous policy.

With hindsight, there were always red flags. Before the second wave Alberta showed up, Hinshaw mishandled the meatpacking plant outbreaks in southern Alberta, which became one of North America’s largest. She helped perpetuate a racist line against Filipino workers to justify the government’s inadequate reaction. And to concerns about school reopening, she again responded with the government’s ‘it’s up to you, not us’ positioning, encouraging parents to “weigh risks” instead of advocating for substantive policy.

The cult of Hinshaw has no merit. It never did. She is simply Alberta’s hall monitor, urging people to stay inside. Alongside Jason Kenney, she urges everyone to exercise “personal responsibility”  while neglecting to advocate for an effective, state-led response. The ongoing wildcat is proof of her inadequacy, and her complicity in the UCP actions that have led to this point.

Perhaps those calls to rename Edmonton’s Corona Station to Hinshaw Station were premature.

People who see Hinshaw as a sympathetic figure “challenging power from the inside” will point to things like the UCP blocking her testimony to the Select Special Public Health Act Review Committee. But even if it was the case, why have sympathy for people who we claim, fairly or not, present some sort of resistance within reactionary administrations, despite their obvious complicity in the administrations’ callous governance? Regret is a currency powerful people trade in so they don’t have to be accountable for their actions. To even entertain the idea that Hinshaw is the only principled, moral person in the room is a dangerous fantasy that obscures our own understanding of power, who wields it, and the harm power commits.

Besides, there are far more sympathetic figures on picket lines in towns near you, right now.

The discourse around Hinshaw also belies a deeper and more gendered point – one that speaks to how we’re socialized to respond to women and matriarchal figures over men, something the UCP seems to keenly understand. Hinshaw’s stature as a high profile, female doctor has lent her a particular cachet with women in academia and other “professional” industries dominated by men.

It’s easy to excuse Hinshaw’s position as a case study of how women are hamstrung in political and scientific fields. But to use Hinshaw as a shorthand for women struggling in highly professionalized circles is to deny the ways the UCP response to this pandemic - and Hinshaw’s role in it - has disproportionately harmed the most vulnerable and marginalized at the bottom of society's ladder. This includes Indigenous people, women, people of color, the poor, disenfranchised, unhoused and precarious. Hinshaw’s gentle nature and stature as a high profile woman is an extraordinarily effective tool for the UCP in obscuring greater harm.

We tend to see Hinshaw as a doctor first and a political actor second, but that’s obviously not the case. Her term goes until 2024, and she is compensated handsomely. Until that term expires, her livelihood rests on her collaboration with whatever government pays her salary, and nothing she has done up until this point suggests she has any inclination to change that relationship. She has the luxury of job security many public servants right now do not. Hinshaw, regardless of whatever personal politics we project onto her, and whoever appointed her, is a high profile bureaucrat acting on behalf of an administration that doesn’t give a fuck about human beings.

Dr. Deena Hinshaw, specifically, is the spokesperson for a line parroted by indifferent and cruel governments the world over in the era of COVID-19: The total abdication of state responsibility. Jason Kenney has not hesitated to emphasize our “personal responsibility” in this pandemic. And yeah, Kenney is right, things like wearing masks do categorically save lives. But there’s a reason he speaks only of our responsibilities: because he and the Alberta government are shirking theirs.

What the wildcats that began today prove is that there’s solidarity, there’s workers, there’s the collective good, and on the other end of that, there is individual power and its spokespeople (like Hinshaw) that wants to manage risk for corporations and keep public unrest at manageable levels. This is the relationship between governments and people in the pandemic all over the world. Even Jacinda Ardern’s vaunted Labour government in New Zealand has left many behind in its pandemic response.

While Alberta workers have been organizing and fighting back, Dr. Hinshaw has been saying all the wrong things in the face of advice from other medical experts, including denying that we are in the middle of a second wave. She has, since this pandemic began, helped run cover for an administration that, at the time of writing, is complicit in hundreds of deaths, a number that is going to rapidly increase as a result of both its inaction, and policies that further a rabid neoliberal agenda at the expense of the healthcare infrastructure that already exists.

A large contingent of the workers on strike today are women, immigrants, people of color, and precarious. Many of them are facing layoffs through outsourcing. They don’t have the comfort or time to wait for a savior that will never arrive. Let their example be the lead for the rest of us.

We must square with a simple fact about our periodic table dress wearing, soft spoken, empathetic “doctor mom.” There are no superheroes in crisis. We’re so desperate for someone to save us because in this moment of alienation, crisis, and fear, the alternative seems insurmountable and difficult to face, but we must face it – Deena Hinshaw won’t save us. She was never going to. Alberta workers are going to save themselves.

Abdul Malik is a writer and filmmaker who works in and around Edmonton's labour movement. You can follow him on Twitter @socialistraptor and find his personal essays at abdulymalik.com. Abdul is launching @offcourtpod January 3, 2021 on the Harbinger Media Network.