I understand the love for Dr. Deena Hinshaw but her "mistakes happen" approach to the unnecessary meatpacking COVID-19 cases and deaths in Southern Alberta is shameful and requires serious reflection.

The Cargill and JBS plants have more cases than all of Edmonton. This in itself is a major scandal and demands more responsibility from Hinshaw. It disturbs me that she speaks as if this is a learning lesson while - at the same time - minimizing her direct role in causing this tragedy.

I understand that some may find this unfair because they see her role as non-political and objective. Edmonton Journal columnist David Staples goes as far to say, “Medical officers of health like Hinshaw see the pandemic through a non-partisan lens, their only concern [is] to protect public health.”

But this is bullshit. On April 12, the community was begging for the plants to be closed. On April 18, she participated in a call where officials - including her - told workers the plant was safe. Her role is political and contributed to this disaster.

To be clear, Cargill and JBS and politicians like Minister of Agriculture Devin Dreeshen deserve blame but so does Dr. Hinshaw. Remember, Occupational Health and Safety inspectors certified the site as safe without even visiting. Instead, they reviewed video filmed by management. It’s disturbing how little this province valued workers lives and the inability to properly inspect these worksites and keep these workers safe falls on Hinshaw.

And Instead of admitting to this failure and mentioning the history of toxic management and exploitation at meat packing plants in Alberta she blames the workers. She doubles down by saying that the outbreak was due to shared living conditions and carpooling.

26 per cent  of all COVID-19 cases in Alberta are in meatpacking plants and continuing care facilities. Work sites overwhelmingly staffed by low-income racialized people. This disparity is no accident and is a direct result of the incompetence from the government.

All Albertans need to care about this mismanagement. I personally care about this because my dad worked at the Brooks plant. The conditions for him were precarious but he did it out of the necessity to support a young family. It’s clear that the meatpacking companies, government, and Dr Hinshaw do not value lives like his.

So what needs to happen? Minister of Agriculture Dreeshen needs to resign. His callous care for these workers is shameful. For Dr. Hinshaw? I’m not sure. She is the top medical official in Alberta and these officials have shown that they are not immune from racist biases. I hope she sincerely reflects on her role and use of racist tropes. This is not simply a mistake to be learned, it’s a tragedy that needs reconciliation. 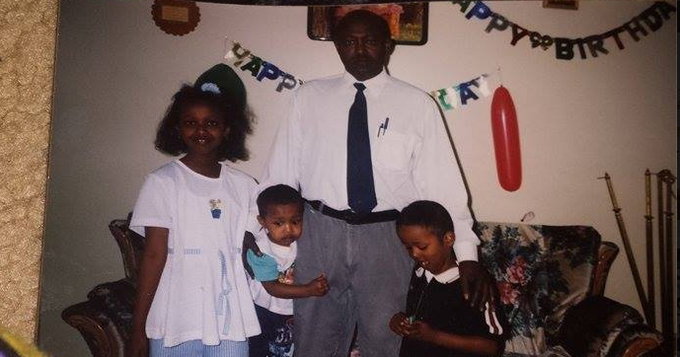 I’ve thought a lot about how this tragedy is covered and I realized how difficult it would be to get this take published in any mainstream paper in Alberta as an Op-Ed. This is mostly due to our overwhelmingly white media and their inability to overcome that bias. This is best seen in the Staples article linked above.

This story deserves more work and I hope we hear from the Filipino workers who were subject to Dr. Hinshaw’s racist assumptions. These workers deserve justice which is why I am donating the $80 I earned to Migrante Alberta.