Haruun Ali, the Edmonton resident who filed the complaint, isn’t satisfied with that. He’s appealing to the Edmonton Police Commission. And now he’s taking a step further: asking for the entire commission to be recused because the chair of the police commission wrote an op-ed defending the chief of police’s convoy response.

“The idea of police services investigating themselves is outdated. It raises questions about process, objectivity, fairness and legitimacy,”  said Temitope Oriola, a criminology professor at the University of Alberta.

“I am not familiar with any case where an entire oversight agency recused itself from a complaint. Recusal of one or two commissioners is not unheard of but that of an entire commission would be considered extraordinary.”

Oriola raised concerns about McDougall’s op-ed after it was released back in February and his criticism hasn’t softened since then.

“McDougall's op-ed in defence of the EPS response to the convoy protest was irresponsible,” Oriola argued.

McDougall's article was “the moral equivalent of a judge writing in support of a plaintiff or defendant in a case before their court… McDougall either does not understand the role of a police oversight agency or does not think the EPS requires any oversight.” 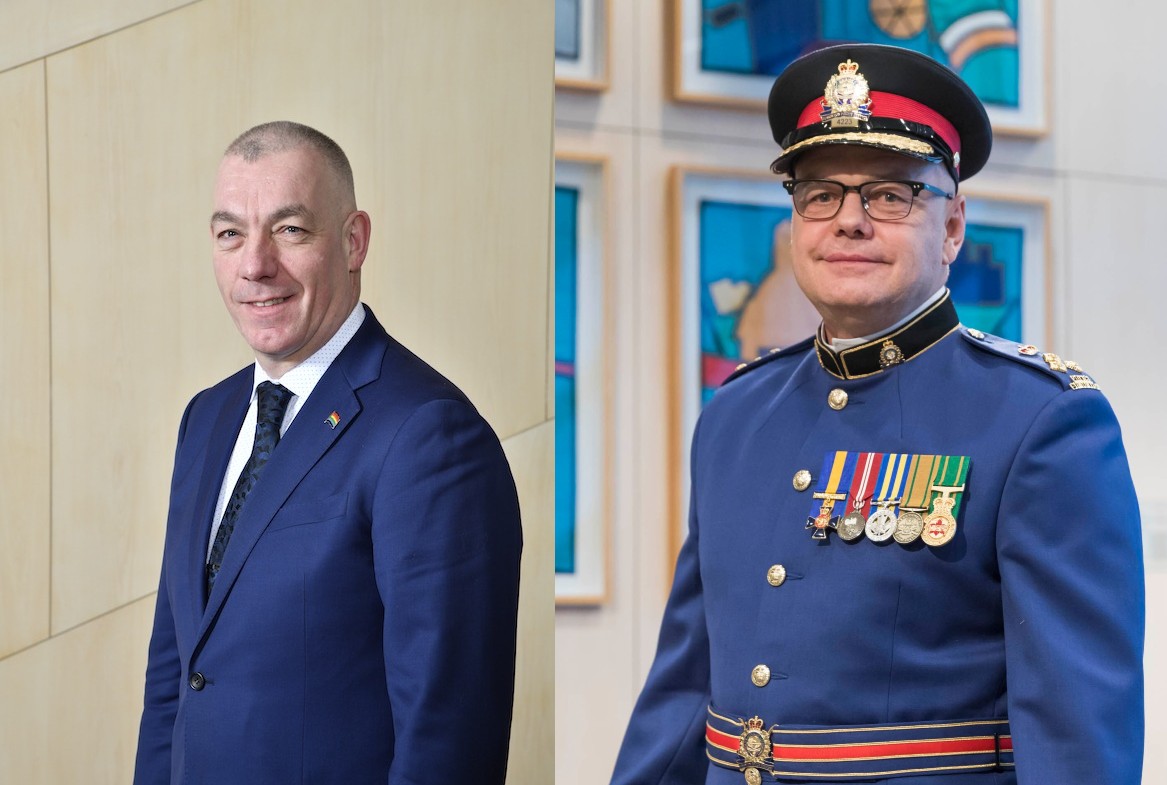 Haruun Ali filed his complaint to the Professional Standards Branch of the Edmonton Police Service on February 13. The complaint centred around incompetence and selective enforcement of the law at the convoy protests. The complaint mentions the fact that EPS officers were ignoring the city of Edmonton’s injunction that prohibited the sustained sounding of vehicle horns within the city limits and that 20-30 counter-protesters who stopped some of the convoy on River Valley Road received a much harsher and more militarized response than anyone in the convoy.

“It’s very clear that police should not be investigating themselves. It’s a charade,” said Ali.

The chief’s response also has some new information about the convoy demonstrations, specifically their estimated size. The largest demonstration was on January 29, the first one, with an estimated 5300 vehicles and 9500 people participating. The smallest convoy protest was the final one on February 26 with approximately 225 vehicles and 500 people involved.

According to McFee there was also ongoing communication between the convoy protesters and the Edmonton Police in advance and throughout the period of the protests.

The Chief’s response contrasts dramatically with sentiments expressed online and in the media in February, when many locals complained of feeling under siege in their own neighborhoods.. After people started sharing stories of being harassed by convoy demonstrators city councillor Anne Stevenson set up a safe walk program in order to help people feel safer moving around downtown during the protests.

"A lot of people aren't feeling safe right now, and they are feeling stuck and alone," Stevenson said to CTV.

Stevenson is one of the two city councilors who sit on the police commission, though her demands for greater transparency have put her at odds with the other members.  .

In Ali’s request for the recusal of the entire police commission Ali asks for an independent lawyer to supervise the screening of commissioners so that a non-biased quorum can investigate the complaint.

Oriola doesn’t mince words when it comes to the situation the police commission has put itself in.

“This matter concerns the legitimacy of the Edmonton Police Commission… Mr. McDougall's statement was not a rhetorical slip during an impromptu press engagement. McDougall wrote and published an op-ed in one of the province's most notable newspapers. He revealed unequivocally his approach to the business of the Commission. Therefore, it is no exaggeration to suggest that any individual bringing a case that requires weighing evidence that may cast the EPS in unpleasant light is likely going through the motions. They are unlikely to receive a balanced or rigorous hearing as long as Mr. McDougall is chair.”

“McDougall appears to have a spectacularly defensive approach to his oversight duty. He does not seem to welcome any critique of the EPS. The lack of meaningful consequences regarding his February op-ed is unfortunate. McDougall ought to have been privately and publicly informed that defending the police was not his job,” said Oriola.