Who will stand up for Mary Burlie Park?

Last month MacEwan University, Boyle Street Community Centre and Edmonton City Councillor for Ward 6, Scott McKeen, proposed a Mary Burlie Day for the City of Edmonton. While time will only tell what comes of this proposal, a more tangible tribute to Burlie’s legacy is Mary Burlie Park, which itself has become a point of conflict between the locals who use it and the businesses that surround it.

The long-quarrelled tribute to Burlie is wedged between the Edmonton Remand Centre and 95th Street downtown. The park’s one champion on city council is about to step down. 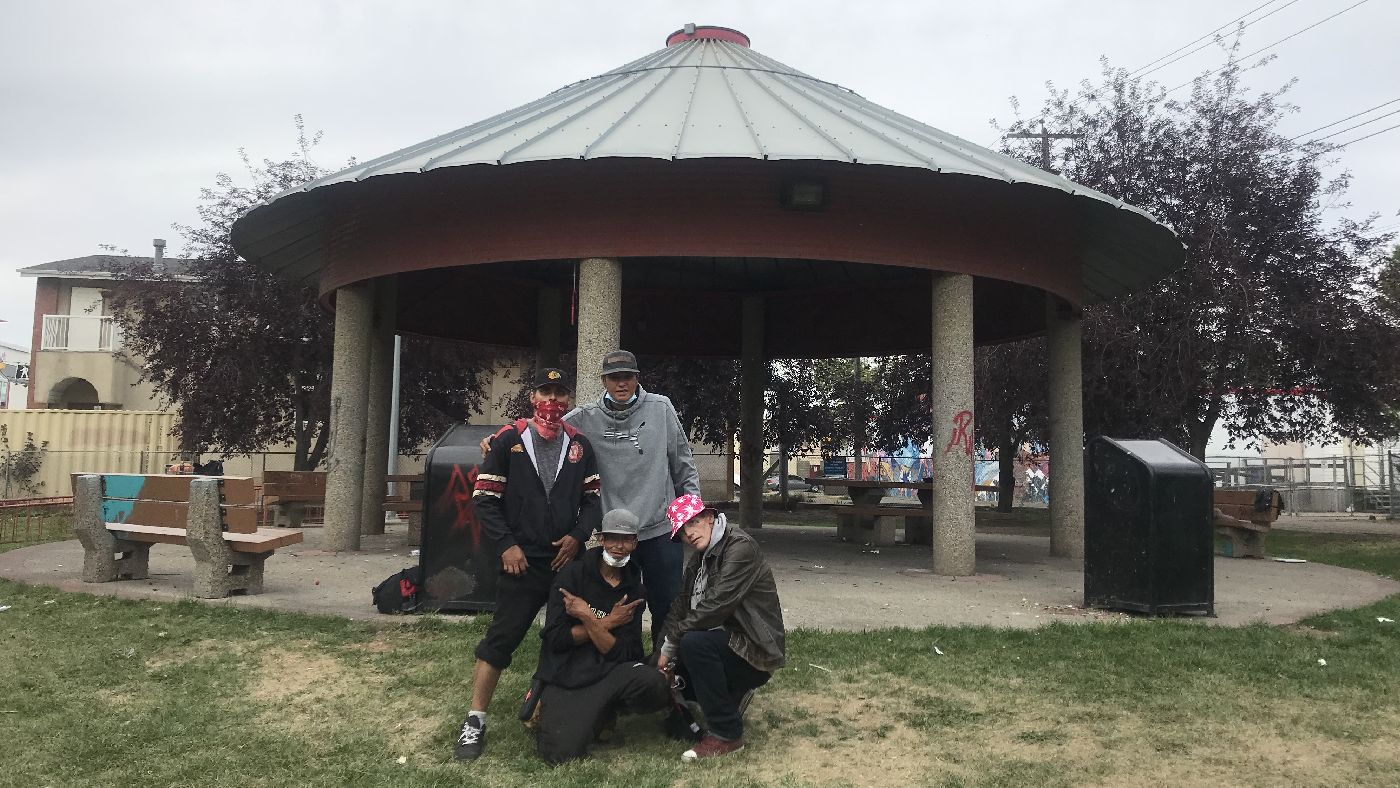 Derek Brass, Mo He Kan, Nolan Keshane, and Rob Paquette are a few of the local residents who enjoy Mary Burlie Park, one of the few open public spaces remaining in the area

“It's a main sort of migration route for those who are unhoused in the downtown community; it sits in that junction as a common meeting place for our community to hang out and spend time,” says Elliott Tanti, long-serving communications liaison for Boyle Street.

Mary Burlie herself had an incredible impact on Boyle Street and in Edmonton’s inner-city communities.

Born in Little Rock, Arkansas in 1935, Burlie and her family contended with the injustices of Jim Crow law until they made their way up north to Canada, where Burlie found her calling as an outreach worker for Boyle Street Community Centre.

It was here where Burlie put in years of service towards Edmonton’s downtown community and earned the title of the Black Angel of Boyle Street, until her passing in 1996.

The park commemorating Burlie has become a point of contention, demonstrating the conflicting interests of local residents and of business and property owners who desire the gentrification of the area. Some organizations have appealed to city council to revitalize the park—or even convert it from a public space into a facility that only paying customers could enter.

“I would hope that if there were any conversations going on about the revitalization of Mary Burlie Park, or the state of the park in general, that there would be a substantial effort to engage with the people who are using it most and that is largely our unhoused population,” says Tanti.

McKeen has been following the situation surrounding Mary Burlie Park over his years in office and as the park has changed, so has his opinion of it.

“My feelings towards Mary Burlie Park have evolved over time. When I was on council back then, I would hear from the Chinatown Business Association it [the park] be described as a centre for social disorder and drug use. Yet, I will always remember the instance when someone came into one of our city council meetings and made the point that everyone deserves a space,” says McKeen.

McKeen argues the park’s situation is not the fault of any particular party, but a structural failure of government and an inability to look after the mental health of the city’s unhoused community.

”40 to 50 years we’ve shuttered major psychiatric hospitals with the promise that community support would come and it never did,” says McKeen.