Bizarre as it is to say, we could use a zealous Catholic Kenney

Jason Kenney’s catching shame from constituents, supporters, right-wing columnists and even his own caucus for letting his MLAs and staff break Alberta’s COVID travel restrictions to vacation in Mexico, Hawaii, London and Las Vegas. But shame on vacationing during the pandemic has also come from someone else: Pope Francis, the leader of the faith Kenney has built a career invoking for political gain. 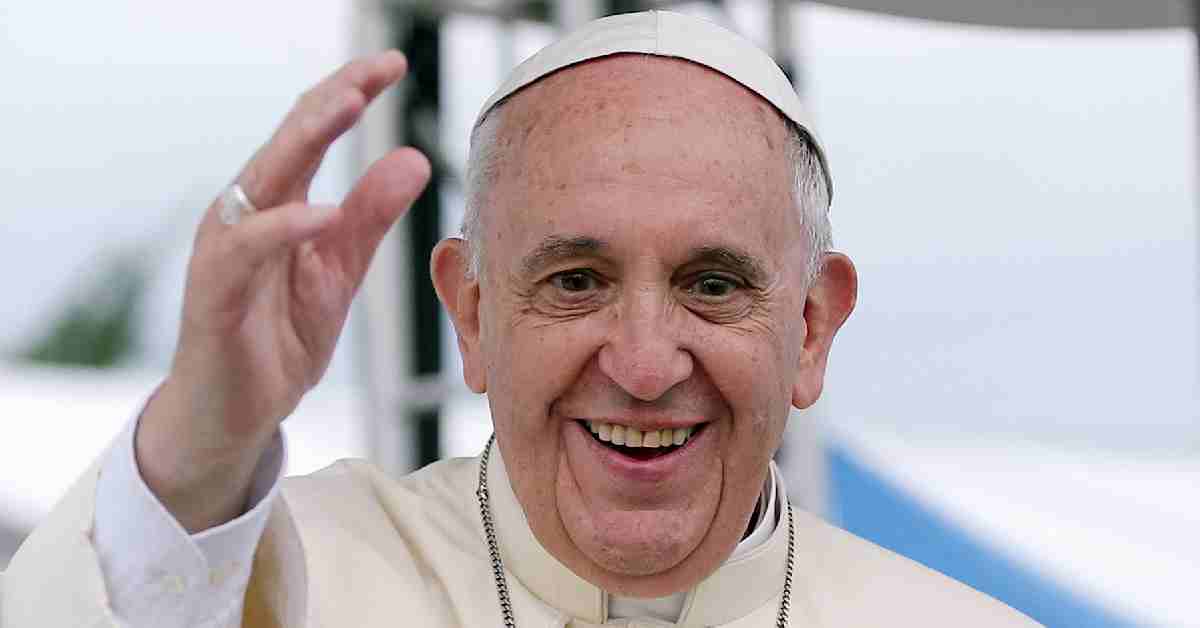 In his January 3 Angelus blessing, Pope Francis, speaking by video rather than from a window to the usual crowds in St. Peter’s Square, said he was saddened by a story he read in a newspaper about people traveling to enjoy the holidays during lockdown. “[T]hose people, good people, did they not think about those who stayed at home, about the economic problems faced by many people who have been floored by the lockdown, about the sick?” Francis asked. “They thought only about taking a holiday for their own pleasure. This pained me greatly.”

It’s the latest in an indirect duel of ideology between the pontiff and the Premier. Throughout the pandemic, Francis has been sharply critical of virtually every piece of Kenney’s response to the health crisis. But their approaches to faith and politics were also transparently different prior to Kenney’s election as premier in 2019.

Francis has consistently put the poor, the environment, and popular movements at the center of his teachings on what it means to be a Catholic in the world today. Kenney, on the other hand, has continued to pursue a boutique Catholicism of resentment and cynicism, a “pro-life” politics that undergirds policies that Francis calls part of a “culture of death.” It begs the question: what would Alberta’s pandemic response be like if Kenney really did take the head of the Catholic Church seriously?

Francis made waves around the world with the 2015 publication of his first solo authored encyclical, Laudato Si', which calls on all people to attend to what Francis calls “the cry of the earth and the cry of the poor.” Roundly critical of extractive industries, violations of indigenous sovereignty, and a worldview that privileges the economy, the encyclical, which is one of the most authoritative documents in the Catholic Church, presents a profoundly alternative vision to Kenney’s devotion to oil and the interests of capital.

In his latest encyclical, Fratelli Tutti, released in October 2020, Francis continues his criticism against the backdrop of the pandemic, saying, “The marketplace, by itself, cannot resolve every problem, however much we are asked to believe this dogma of neoliberal faith.” It would be hard to understand Kenney’s approach to governance without such a dogma.

Yet the pope’s vision for the church and the world doesn’t seem to trouble Kenney. In a 2019 press conference, Kenney, when asked by a journalist what he made of the pope’s endorsement of carbon taxes, replied, “he doesn’t have a vote in Alberta.”

Kenney has often put his Catholicism front and center in his political career. He was formed in a deeply conservative Catholic environment as a culture warrior while studying in San Francisco, cutting his teeth on anti-abortion politics. As a young Catholic activist, his regular refrain was criticizing people who didn’t share his particular Catholic expression.

Talking at a Western Canadian Catholic Homeschool Conference in the late ‘90s, Kenney said, “There are a lot of Catholic politicians who, for whatever reason, don’t have perhaps quite the zeal that I do about these things… And if our bishops in this country would perhaps be a little more in keeping with the clarity of the Holy Father’s message, it would, I think, influence positively those less than completely courageous Catholic politicians—and there are a lot of them—who just need a little bit of moral guidance, a little bit of encouragement to do and say the right things.”

As with all fundamentalisms, however, such a simple vision of obedience only matters when it’s convenient.

In November, a CBC report of 20 leaked audio recordings from Alberta’s pandemic planning meetings revealed an environment of haphazard assumptions and sidelined experts as the government prioritized the economy above safety measures. Pope Francis, in a letter collected in the book Life After the Pandemic, said that while governments who rightly take decisive measures to curtail the virus would put a burden on the economy, “it would be sad to opt for the contrary, which would lead to the death of many people, in one sense a kind of viral genocide.”

There have been 1,463 deaths attributed to the coronavirus in Alberta to date. That number will rise.

Though still a practicing Catholic, Kenney tried to distance himself from his past activism in the lead-up to the 2019 provincial election, calling his youthful career immature and saying he regretted a lot of what he had done. It’s ironic, though, that at the precise moment when zealously listening to the pope would actually help Kenney govern in a way that’s just and responsible, he would rather put his faith in the dogma of neoliberalism.

Kenney, of course, is free to disagree with the pope. I’m Catholic, too, and I have my own disagreements with Francis, for instance on issues like gay marriage or the role of women in the church. From outside, it’s easy to perceive the Catholic Church as a monologue, structured as it is with a clear chain of command. Inside, conservative Catholics like a young Kenney see the church this way, too. In fact, the Catholic Church is a global, historical dialogue, full of disagreements and opinions. If Kenney prefers to listen to big business over the pope, that’s his prerogative. When the dust settles, though, whether or not a “viral genocide” has occurred won’t depend on who we listen to. The bodies of the sick, and those mourning them, will speak for themselves.

It’s true that the pope doesn’t have a vote in Alberta. But Kenney doesn’t have a vote in the Vatican, either. For all his immature talk about being a zealous Catholic, Kenney has chosen to privilege the interests of the rich as he ignores the clarity of the Holy Father in a moment when the cry of the earth and the cry of the poor is ringing around the entire world, and not least in Alberta. If he needs a little bit of moral guidance, a little encouragement to do and say the right things, he knows where to find it.

Bizarre as it is to say, we could use a zealous Catholic Kenney—but one who finally grew up and grew out of his childish devotion to oversimplified ideas of faith and politics. Unfortunately, as the rich pressure governments to forego public health for record profits, it seems that Kenney will remain a less than completely courageous Catholic politician. And so much the worse for Albertans.

Dean Dettloff is a Catholic lecturer at the Institute for Christian Studies in Toronto, where he researches Christianity and the left. He is an editor at Geez Magazine and Canadian correspondent for the Jesuit publication America Magazine.