Say you’re a curious journalist who’s doing a power ranking of the UCP leadership race candidates and you’re trying to figure out if there’s any data out there that supports your purely gut-based predictions from a week ago. Maybe polls would help?

The polls provided to the public via right wing media organizations are no use. In fact, the two most recent public polls on the UCP leadership race are as useful as Elon Musk’s social media manager.

One of those polls is from Leger and paid for by Postmedia; Don Braid wrote a whole column about it, fixating on the pollster’s prediction of Brian Jean winning on the sixth ballot.

What Don Braid’s column about the poll fails to mention is the sample size by the time it got the sixth ballot–273 people. Brian Jean’s margin of victory in the pollster’s prediction is about the same size as the margin of error of the poll itself, and what’s more, the poll came from an online panel (not a true random sample) of self-identified UCP supporters (not necessarily actual UCP members.) It’s silly to be making big predictions on the back of this kind of data.

The other of the two polls I mentioned is from Mainstreet and was paid for by Derek Fildebrandt’s right-wing media platform, the Western Standard. This poll didn’t bother with rounds of preferential voting, instead it just did a snapshot of support. Mainstreet’s poll, which had Danielle Smith at 44 per cent support, has the same problem with polling self-identified ‘UCP supporters’ instead of an actual UCP membership list too.

So in the absence of useful polling data I looked at something more concrete: fundraising dollars. So far, only two campaigns have released fundraising numbers, and those are Danielle Smith’s and Travis Toews’. They both claim to have raised over a million dollars.

I reached out to every other UCP leadership campaign to see if they would disclose their fundraising numbers and none of them responded.

While preferential ballots can sometimes get wonky, and surprise candidates can come up the middle, if all but two campaigns are so embarrassed of their fundraising numbers that they don’t want to share them it appears this thing really is a two-way race.  UCP members will get to pick between a guy who was a director at a Bible college that banned yoga and Dungeons and Dragons and a cryptocurrency bug who wants to do a modern version of Bible Bill’s prosperity certificates but with Bitcoin. Whee!

I did find one poll out there that isn’t as trash as the two I mentioned above. It’s behind a paywall at IPolitics. This poll was also done by Mainstreet but its sample is a little more credible. It polls past Conservative Party of Canada donors in Alberta and Mainstreet has followed up with them and asked if they’re both a UCP member and if they’re voting in the UCP leadership race. Only then are their answers logged in the poll.

You can get three free articles a week at iPolitics if you want to check it out. The poll has Danielle Smith defeating Travis Toews 58 per cent to 42 per cent on the sixth ballot. You have to be careful about making hard predictions from any poll, but at least this one appears to have more predictive power than the other two.

Okay, let’s end on some lighter fare: this week’s power ranking is of the UCP leadership campaign slogans.

Strong Trump vibes with this and as a result it goes last. America First was the official foreign policy doctrine of the Trump White House. There’s also a nasty little white supremacist group that goes by the name of Canada First.

It’s just impossible to care about a slogan this boring. With messaging like this it’s no wonder Smith is eating Jean’s lunch when it comes to courting the far right of the UCP base. This is the same dog whistle Smith is playing, but Jean’s is so inept that I have to rank him slightly ahead for being accidentally less evil. 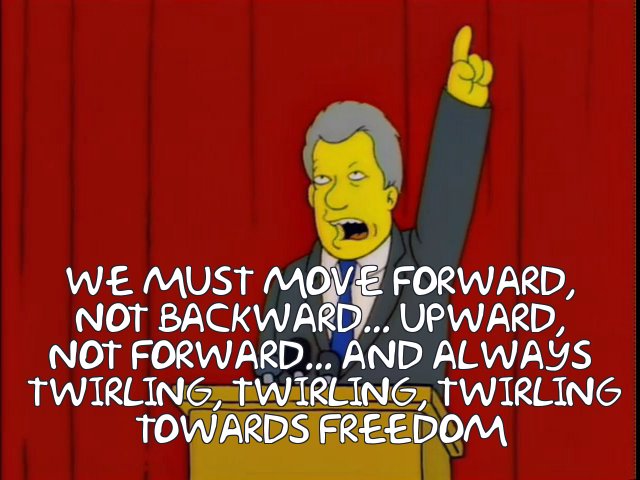 4. Rebecca Schulz: “Back on Track”

Upbeat, hopeful, and unlike Sawnhey’s actually communicates something: the proposal that the UCP was ‘on track’ to do something right, but got derailed and needs to be righted. Schulz’s campaign may be a complete flop but at least we can’t pin the failure on a bad slogan.

3. Todd Loewen: “Your Alberta, Your Way”

This slogan fits Todd Loewen like a glove. He probably came up with it himself, which gets some extra points from me. It’s the less-boring version of Jean’s pitch or the less overtly-Trumpist version of Smith’s: everyone gets to have their own special bespoke little Alberta where you can ignore the laws you don’t care for.

Rarely has a politician’s campaign slogan matched so well with the boring and wooden personality of the politician. This one’s as dull as Jean’s, but at least less evil; almost as empty of substance as Schulz’s, but at least Toews tells you who he wants you to vote for.

The best slogan of a bad bunch, since everything I just said about Toews applies here, but then you get a tiny little bit of fun alliteration on top. She has no hope of winning.