In a move that is sure to degrade my mental health I’m going to write a weekly (maybe biweekly!) power ranking of the UCP leadership race. The rules will be made up and the points won’t matter but I will do my best to catalogue who’s up, who’s down and to track the big narratives of the race to crown the next leader of the UCP and Alberta’s next premier, at least until the next election.

The absolute last place in a preferential voting contest is intriguing to me. Last place in this kind of system means you didn’t just not win—people explicitly put you at the bottom of their list, or even ignored you entirely.

The race for last in the UCP leadership race is going to be a tight one between Todd Loewen and Leela Aheer. About the only thing Todd is known for is getting kicked out of caucus by Kenney. Beyond that he’s a lightweight obsessed with WEF conspiracy theories who has zero stage presence.

Todd may very well pull first place votes from a handful of Western Standard subscribers but when they spell your name wrong at the Rebel News/Alberta Prosperity Project debate that is not a good sign. I’d feel sorry for him if he wasn’t such a bad person.

Any bump that Leela Aheer may have received from acting as a volunteer bull distractor has now subsided. Aheer has set herself up as the standard-bearer of the ‘progressive’ wing of the UCP—the leftovers of the old Progressive Conservative party that ran Alberta for decades. (Never mind that she actually hails from the old PCs’ arch-enemies, the very not-progressive Wildrose.)

It’s going about as well as you might expect for her in a leadership race in a party whose voters think Jason Kenney wasn’t extreme enough.

Aheer and her team have attempted to coax centrists and moderates who otherwise wouldn’t touch the UCP with a ten-foot pole to buy a membership and vote for her, but that’s a hopeless strategy. Stephen Carter may have been able to cast a reality distortion field that convinced thousands of non-PC members to join the PCs and vote for Allison Redford back in 2011 but lightning is not going to strike twice. This time around the Alberta NDP exists as a political party that has won a general election in Alberta. That hadn’t happened in 2011.

Why invest time and money in a political project that’s doomed to fail in a party that wants nothing to do with what she’s selling? Aheer’s best hope is a Toews victory that involves some deal-making to get her voters. There doesn’t seem to be any deal to make with Smith.

Sawnhey’s campaign has a few prominent backers including Christy Clark’s former chief of staff, Ken Boessenkoel, but doesn’t seem to be going anywhere.

There is one thing to talk about regarding Sawnhey: AISH. Sawnhey’s campaign has been promising to re-index Assured Income for the Severely Handicapped, or AISH, back to inflation. This is the entirely not-enough subsidy that goes to people who are unable to work. The NDP had indexed it to inflation when they were in charge. You might have read a little bit about how runaway inflation is making the lives of everyone worse, well you can double that for disabled folks on a fixed income.

It’s a bit of a cute play for Sawnhey because she was the minister who de-indexed AISH in the first place. I think the rhetoric around flips and hypocrisy is not very useful a lot of the time, but this is just too rich. What’s Sawnhey going to run on in 2027, re-de-indexing it?

We saw a push back in the summer to try and solidify Schulz as Jason Kenney’s successor, but it looks like that failed and Toews has consolidated that support. (Nobody told Ric McIver, though, who endorsed Schulz online this week.) I expect that most Kenney loyalists who are backing Toews have Schulz as their second choice, which isn’t a great place for Schulz to be: she can’t cut a deal to send her supporters to Toews if Toews was already their first choice.

Personally I despise Schulz for deliberately delaying the implementation of the federal child care plan until after the federal election. That deal was ready to go, but got pushed back for purely political reasons—which left parents like me paying full price for childcare for no good reason.

Steps one, two, three, four and five of Brian Jean’s campaign to replace Jason Kenney involved getting rid of Jason Kenney. But then Danielle Smith jumped into the race and ate Jean’s lunch by vigorously appealing to the pro-COVID sentiments of the far-right flank of the UCP base that Jean was counting on. So, step six of Jean’s plan to become Premier is now to out-bigot Danielle Smith, and apparently Jean thinks the way to do it is leaning hard into transphobia.

In an email that went out to his supporter list on Friday Jean took time out of his busy campaign to specifically single out trans people and deny that they exist in an email that used sports as a pretext to spread hate.

Jean is clearly desperate and trying to differentiate himself from Danielle Smith by picking on trans folks, a group of people who already deal with far too much violence and stigma. This is the scummiest thing I’ve seen from any leadership candidate in a race filled with scumbags. The mainstream narrative for the past few years has been of ‘nice guy Brian,’ a good-natured fella who got outsmarted by the cunning Jason Kenney. But good-natured people don’t punch down like this.

Maybe the Jean campaign is veering into these desperate tactics because their comms people just can’t manage anything else. There’s been a steady drip of banal factoids from the Jean campaign and in every single one his team finds a way to put their collective feet in their mouths. The two that have been made fun of the most feature Jean walking out of a tipi talking about how many Indigenous nieces and nephews he has (a post he deleted without explanation) and another where he brags about almost completing a masters in environmental law.

And look, pulling together social media content for a foundering leadership campaign is hard. Especially with someone as fundamentally boring and devoid of charisma as Jean. No one cares that Brian Jean was a lawyer or boarded at Prairie Bible High School in Three Hills or was the president of the Downtown Business Association of Fort McMurray.

But there’s more to Brian Jean than just a pathetic loser desperately trucking in bigotry for attention while he wastes his fortune on a doomed political campaign. Consider: 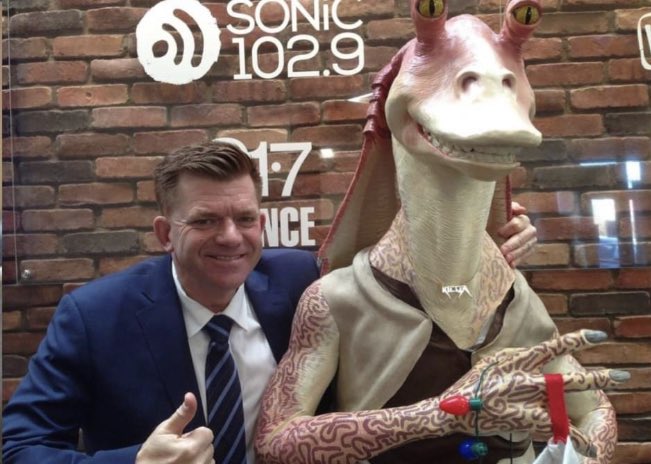 Kenney loyalists have congealed behind former finance minister Travis Toews after Rebecca Schulz’ attempt to consolidate that support failed over the summer.

Toews is promising to be a boring, staid, respectable conservative leader who will unify a fractured party and that’s just not what the UCP faithful are looking for. They want the hard shit. Constitutional crises and fighting with the Lieutenant Governor and the political and media establishment calling you crazy and your plans unworkable.

Toews does not tire of pointing out that he has the support of the majority of his UCP caucus colleagues. The thing is, nobody likes them either.

His whole campaign message can be boiled down to one word: unity. He will do so much uniting, man, he will unite the UCP so hard that people will be shocked at all the unity going on. The trouble is both the caucus and the party no longer even want unity. UCP members have had their brains broken by the double barreled shotgun of the pandemic and a self-reinforcing media and social media bubble.

Number one with a bullet is everyone’s least favourite Fraser Institute ghoul, turned radio host, turned Premier-in-waiting: it’s Danielle Smith. A month out from the results being announced and Smith appears to be in the catbird’s seat.

Her defining campaign plank and one that is increasingly dominating media coverage of the UCP leadership race is her proposed Alberta Sovereignty Act.

Jason Kenney called it “catastrophically stupid.” The Lieutenant Governor has said she would get legal advice before signing it into law. Legal scholars are alternating between calling it ridiculous and warning us that this could be the first step towards totalitarianism. So it’s no big surprise that the UCP base absolutely loves it.

Just the other day Danielle Smith put forward some extremely unhelpful clarifications around her proposed new law. She put a whole section about it on her website and sent out a media release going into more detail about it. The vast majority of the scenarios she’s describing where she would be invoking the Alberta Sovereignty Act are all drawn from conspiracy theories or right wing meme talking points.

Smith would invoke the Alberta Sovereignty Act if there were mandatory vaccinations or if the federal government tried to take away your guns or if there was some federal mark of the beast digital identification program. The ASA would be invoked to somehow invalidate federal laws around pipelines or if there are mandatory cuts to electricity or oil and gas production.

It’s all theatre, which annoyingly makes it the sort of thing you can’t defeat just by refuting it with the facts.

The more people talk about how the Alberta Soveriegnty Act is unconstitutional or unworkable or catastrophically stupid the more Smith dominates the air war around the UCP leadership race. And it's not even original theatre: it’s the exact same show as Kenney’s referendum on equalization or his legal fights against the carbon tax or his promise to thoroughly investigate and lock up all of the evil environmentalists who were saying mean things about the oilsands.

So while Kenney denounces Smith and her proposed legislation, it is Smith who is continuing his project. Smith is Kenney’s true successor, it’s just that Kenney wants his boy, Travis Toews to win.

Since Smith isn’t actually proposing anything that would improve the lives of UCP members she’s giving them the next best thing–starting beef with the federal government.