When government officials only tell the media late on a Friday afternoon about a presser scheduled for Monday morning, you can tell they know it’s not going to be a crowd-pleaser.

And so when Alberta’s health minister Jason Copping appeared Monday morning to release two reports on how the UCP are allegedly going to improve the rapidly disintegrating Emergency Medical Services (EMS) system, it wasn’t a surprise that the plan was so thin.

After a year of deliberation, the committee the province struck to fix EMS came up with just a few small optimizations. Some policy will be changed to allow paramedics to leave non-urgent patients in ER waiting rooms and a pilot project was introduced or to allow first-responders at fire departments to be able to cancel an ambulance ride. Twenty ambulances will be added to Edmonton and Calgary, though there wasn’t a concurrent announcement about hiring to actually staff them. The government will also move ahead on privatizing inter-facility transfers and contract out more non-ambulance transport services, both of which won't address the EMS crisis in a meaningful way.

David Shepherd, the Alberta NDP health critic, called it too little, too late.

“For the time it has taken to produce this report is very thin on real action,” said Shepherd.

Mike Parker, the president of the Health Sciences Association of Alberta, the union that represents paramedics, wasn’t impressed either. “It was rushed, they weren’t ready. They didn’t have their work done,” said Parker. 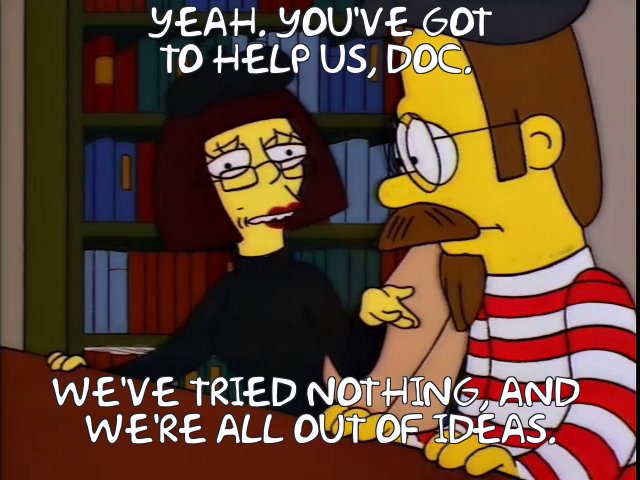 Big promises around privatization ignore the realities of EMR work

AHS executives and UCP politicians are very optimistic about the potential for privatization to ease the pressure on EMS, but these claims don’t line up with the situation on the ground.

When it comes to inter-facility transfers, those are primarily done by Emergency Medical Responders (EMRs.) It takes six to eight weeks of study and about 260 hours of training to become an EMR. The starting wage for an EMR at AHS right now is $20.71, or just over $41000 a year full-time. It’s no surprise that AHS is already struggling to find EMRs willing to work at that wage: you could make more money being a lifeguard for the city of Edmonton. The committee report does not recommend raising the AHS wage, nor does it explain how the private sector will find its own EMRs for less.

At one point during the technical briefing for Monday’s announcement, one of the officials talked about using these private services to get people who are still on stretchers home safely. But using stretchers safely and moving people in and out of them also requires significant training.

“We cannot allow the UCP government to use this current crisis in EMS as another excuse to justify their agenda of privatized health care,” said Chris Gallaway, executive director of Friends of Medicare. “Every dollar of public health care money should be going into bolstering the public EMS system and protecting the health and safety of patients and paramedics, not used to line the pockets of private, for-profit contractors.”

Monday’s presser also released a report on the emergency dispatch system that the government contracted from consultants at PriceWaterhouseCoopers. According to the consultants, the situation is fine, and Alberta’s current system follows world-leading practices and design. The only problem according to the consultants is the high volume of calls for service. The report does not recommend rolling back the recent change to a single centralized system, a system widely panned by municipalities, but it does make 45 recommendations about how to tune the system up..

Parker and the HSAA have been proposing solutions to the EMS problems for years before the consultants were even hired. Working conditions could be significantly improved with some simple improvements, says the HSAA: ensure paramedics can end their shifts on time, and make sure they can take a meal break. HSAA argues that more staff could be attracted if casual and temporary paramedics had full-time schedules and benefits; right now, many of these workers are jerked around with 90-day contracts that expire the day before benefits would kick in. And pressure on emergency services could be significantly reduced if harm reduction and supervised consumption sites were expanded to keep people from needing an ambulance in the first place, says the HSAA.

Parker welcomed the addition of 20 more ambulances in Calgary and Edmonton but was not excited by it.

“The issue is a lack of paramedics, not ambulances,” said Parker.

“The biggest disappointment from today’s announcement is not getting our workers out of casual work and into permanent work.”

The UCP proposals to fix EMS with privatization are dubious at best, and some seem completely inconsistent with the actual problems at the ground level. In comparison, what Parker and the HSAA are pitching are clear and logical. A robust EMS system needs enough motivated, competent people to do the work. Treating the workers with the dignity and respect they deserve could get us there. But there’s no reason to believe that simply shopping things out to private companies will stop paramedic burnout or ensure that an ambulance will be there when you need it. 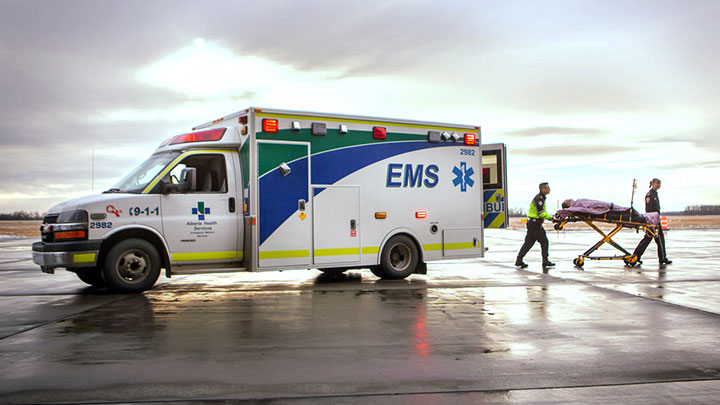