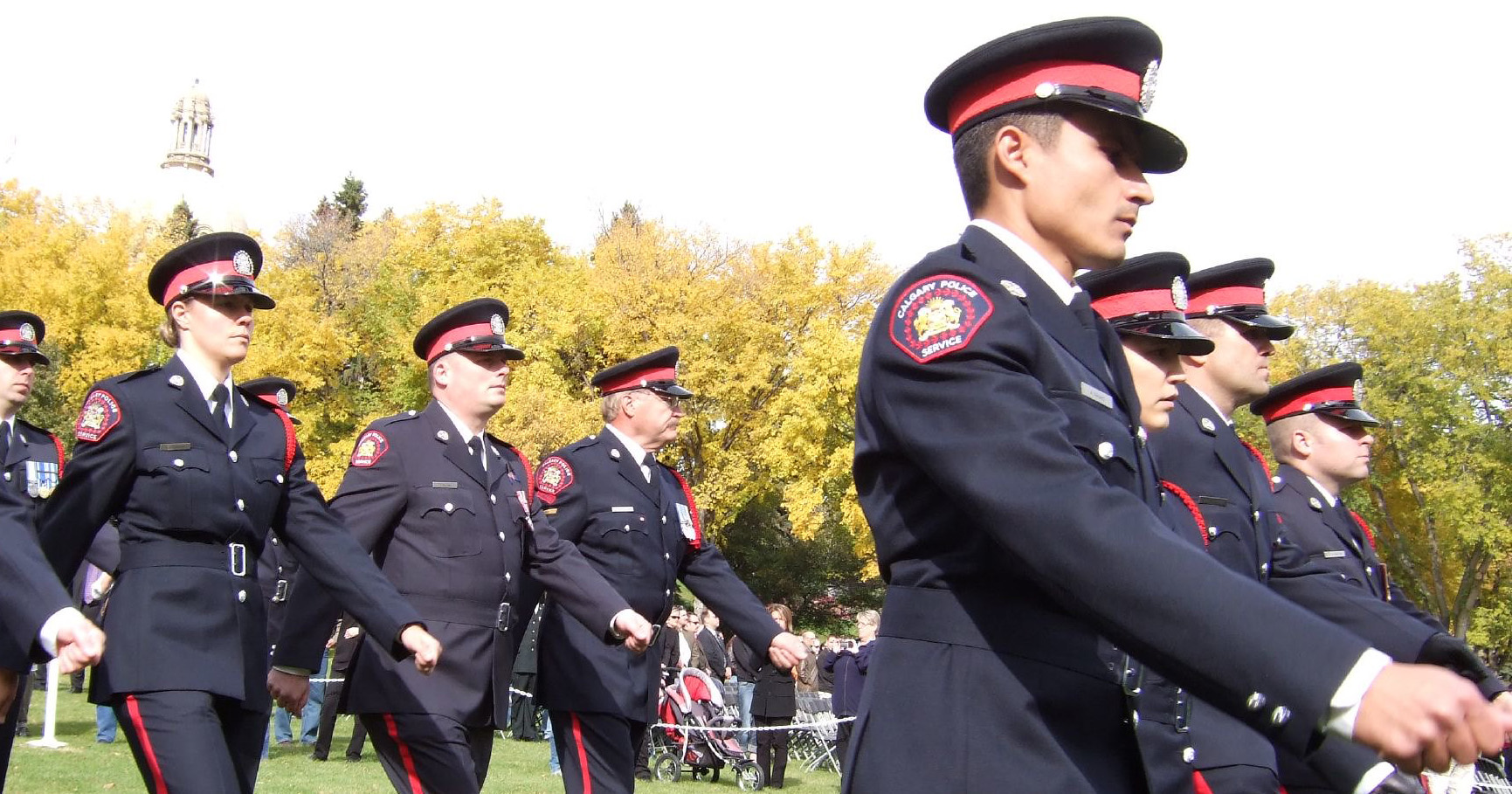 The Edmonton Public School Board announced the move in a press conference Friday morning, the same week as schools were reopening for the first time since classes were cancelled due to the COVID-19 pandemic. The board of trustees was scheduled to vote on suspending the School Resource Officer program at the September 8, 2020 board meeting, but apparently chose to accelerate that process.

“We’ve heard loud and clear that community members have concerns about the School Resource Officer program and we’ve taken this feedback very seriously,” says Board Chair Trisha Estabrooks. “The Board has endorsed the decision that officers will be removed from Edmonton Public Schools this school year while a formal review of the School Resource Officer program is being conducted.”

While the independent review is underway the school board is moving to a new model where police officers trained to respond to youth will respond to calls from schools. This model will be only be in place this school year. Plans for next school year will depend on the outcome of the review of the SRO program.

The Toronto District School Board (TDSB) suspended their program while it underwent a similar review back in 2017. The SRO program was cancelled by the TDSB in November 2017. Peel Region Police also "paused" their SRO program back in June of this year while the program goes through a review.

This decision comes after dozens of community members testified at two separate Edmonton Public School Board meetings, and 1700 emails were sent by Edmontonians to their trustee, all demanding the cancellation of the SRO program.

Danita Kirumira, an organizer with Black Lives Matter Edmonton, said “this is an important step for EPSB to take right now. It shows that they are truly listening to community members, and taking our concerns seriously. Divesting from police in schools means investing in our students, and the resources that actually keep them safe.”

Hannan Mohamud, co-host of Is This For Real and co-author of the letter campaign launched by BLM Edmonton said “this decision by Edmonton Public Schools to suspend the SRO program is deeply necessary. School resource officers do not keep us safe. Instead, initiatives like placing police officers in schools puts Black, Indigenous and other racialized children at greater risk of criminalization and incarceration. Rather than investing in policing, our city must prioritize community alternatives like education, increased mental health services, housing for all, harm reduction services, mutual aid, conflict resolution services, transformative justice practices and other vital community-based support systems.”