A catastrophic failure in our social safety net occurred last winter as a CBC report shows that frostbite amputations hit a 10-year high in Edmonton. The numbers weren’t that much better in Calgary which saw a 340 per cent year-over-year increase.

And who was losing their fingers, toes, hands and feet to frostbite? Unhoused people. While the AHS figures do not give out demographics of the people who suffered these terrible and preventable injuries, Sandy Dong, an Edmonton-based emergency physician who has worked in Alberta for the past twenty years told the CBC that, in his experience, nearly all are people who are homeless.

"The vast, vast majority of these individuals were unhoused. I can think of one person out of those, I'm going to say, scores, that had a permanent address," said Dong. 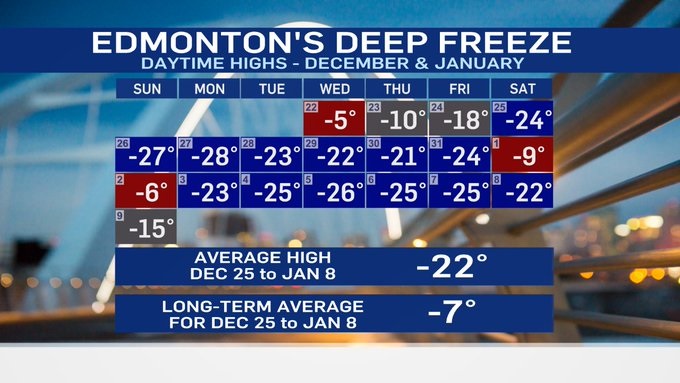 The powers that be know that it’s shameful that they let it get this bad. When I asked for these numbers from Alberta Health Services back in November I was assured by a communications flack that this information wasn’t tracked. So kudos to Taylor Lambert of CBC Edmonton for filing the freedom of information request that brought this information to light.

This is Jason Kenney’s legacy. His government was one that would rather spend $1.3 billion on a pipeline that depended on Donald Trump winning an election than build the one thing we know would actually stop our neighbors from having their extremities amputated due to frostbite – housing.

We have the technology to stop any unhoused person from suffering the indignity of losing a foot or other extremity from the freezing cold. It’s called an apartment building. Just build them.

While the UCP doesn’t subscribe to the idea, everyone at the municipal, non-profit and academic level all say the same thing – a housing-first approach is what’s needed. The current system – one built around religious charities operating emergency shelters with a heavy dose of policing – isn’t working.

The Edmonton Police have a $418.5 million budget in 2023. Their budget increased by $34.5 million from last year. A rough cost of a unit of housing is approximately $200,000. If the city had frozen the police budget and invested in housing, as its own Community Safety and Well-Being Task Force recommended back in 2021, the city of Edmonton could have built roughly 172 units of housing.

For the 1.3 billion dollar cost of a failed bet on a pipeline that will never be built, the province could have built roughly 6500 units of housing. Instead the mostly foreign shareholders at TC Energy got a little bit richer than they already were.

While Jason Kenney has left the political stage, his legacy of cruelty lives on. And it’s politicians and bureaucrats and police and non-profit leaders who continue to uphold a system that would let our friends and relatives and neighbors suffer from something as horrific and as easily preventable as an amputated foot from frostbite.

Remember the $600 Danielle Smith is doling out to seniors, families and people on social assistance that is supposed to help them deal with inflation? Turns out that  incarcerated folks who have been in jail for 90 days between January to June 2023 aren't eligible to receive this cash. I guess inflation doesn’t affect you if you’ve ever been caught up in the not-at-all racist and brutal criminal justice system.

The negotiating team for UFCW Local 401 is recommending their members at Sobey’s Calgary Refrigerated Warehouse ratify the deal both sides came to after a contentious bit of negotiating that involved strike and lockout notices from each side. If the workers ratify the deal there’s no follow up but if they reject it and go on strike things get interesting. UFCW 401 has signaled their intention to set-up secondary pickets at Sobey’s, Safeway and Freshco locations if a strike does occur. And this would be the first time anyone has ever tried to put up a secondary picket after the UCP changed the rules and made it harder to use this tactic in 2020. Maybe it never comes to this but needless to say, never cross a picket line.

Danielle Smith held a press conference on Tuesday with no particular announcement or subject and the biggest takeaway seemed to be to expect a lot of barking about Ottawa but not to worry about her ever invoking the Sovereignty Act. “We haven’t made a decision to invoke the Sovereignty Act on anything,” said Smith. And as David Climenhaga notes, “Don’t expect something like that to happen any time soon, either, if it ever happens. Constitutionally, the act is probably just too flimsy to actually use.”

A lot of self-serving nonsense has been written about Edmonton city council's decision to withdraw from the regional transit commission. Steve Bradshaw, the president of Amalgamated Transit Union Local 569, sets the record straight.