When a cop kicks a hole in a teenager’s head and faces no consequences what do you do?

The latest horrifying instance of police brutality from the Edmonton Police Service has made national headlines. It really highlights how broken our police accountability systems are and shows us again why we must defund the police.

In December last year, Constable Ben Todd showed up at the Dumas family home just after 4am, responding to a disturbance complaint. Todd detained two people and demanded to search them outside, and they cooperated. During the search the then 18-year-old Pacey Dumas was ordered face down on the sidewalk with his hands out.

What followed, according to the Dumas family, was an incident of violence so brutal that Pacey and his family are now seeking justice in the courts.

“Suddenly and without warning (Todd) moved swiftly to Pacey and while in motion kicked Pacey in the right side of his head with such force Pacey was immediately rendered unconscious and bleeding,” the lawsuit claims.

The injury has altered Pacey’s life forever. Todd beat him so severely that doctors were forced to cut out a piece of his skull just to save his life.. This 20-year-old young man can’t leave the house now without wearing a helmet. There’s still a tennis-ball-sized hole in his skull. The injury and the trauma from the incident have left him with severe depression, anxiety, and insomnia. And of course, this is Jason Kenney’s COVID-ridden Alberta, so he can’t even get surgery to repair his skull. 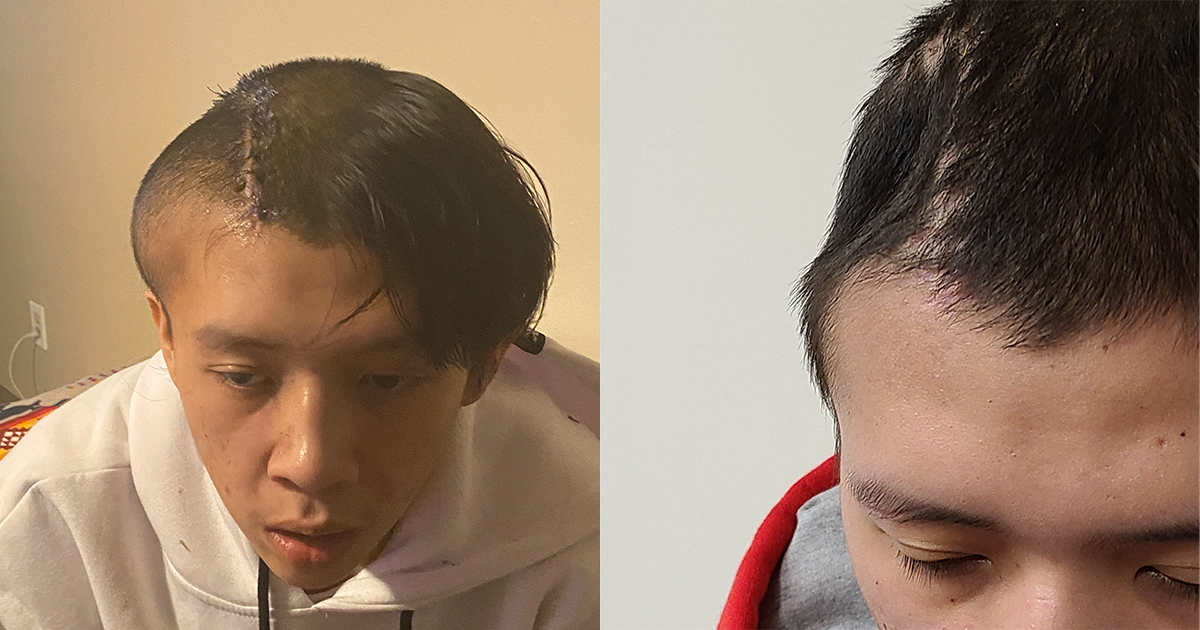 Pacey was never charged with any crime. According to Pacey’s lawyer, the knife that police claim to have found during the incident wasn’t on Pacey, but picked up elsewhere in the area during a different search.

Constable Todd remains a police officer but he’s not, we’re assured, in a front-line position. ASIRT has opened an investigation but the agency is badly underfunded, rarely makes criminal findings against cops and even when it does the Alberta Crown Prosecution Service will sometimes decide not to prosecute.

Edmonton Police Chief Dale McFee is ultimately responsible for the actions of his officers. He could have suspended Constable Todd with or without pay— he chose not to. McFee has not explained why he did not suspend Todd.

When the police don’t keep us safe, when instead the police abuse their authority and maim a kid who did nothing wrong and then face no immediate consequences for their actions, what is to be done?

It’s simply unacceptable that a huge chunk of Edmonton’s limited municipal funding isn’t just not going towards the city’s severe issues with poverty, but is actively paying police to go out and hurt people. The city funding that paid for Pacey Dumas to be grievously injured was obviously not money well-spent. It’s time we took it away.

The entirely too reasonable proposal from the task force that the city pulled together after the murder of George Floyd was simple—freeze the funding of the EPS for the next five years. That’s the starting point.

This proposal, which isn’t even a scenario where the police are being actively defunded, would mean the city would have $260 million extra over those five years to spend on social supports, housing, mental healthcare and other measures that are not police that will keep us safe.  Mayor Amarjeet Sohi and councillors Ashley Salvador, Keren Tang and Jo-Ann Wright all agreed with this position in a pre-election survey. Councillors Erin Rutherford, Anne Stevenson and Michael Janz all want to decrease police funding somewhat.

But when a cop kicks a hole in a teenager’s head and faces no consequences what do you do? You show up, you demand answers and consequences and you go after their money. If the police won’t change on their own we must change the police.