The fourth wave wave is the cruelest

Jason Kenney was last seen in public on August 9. At that time 129 people were in hospital with COVID with 26 in the Intensive Care Unit or ICU.

It is now August 31. Kenney is on vacation, somewhere, and has been invisible as infections, hospitalizations and deaths spike.

Hospitalizations have tripled, ICU admissions have almost quadrupled. There are now 401 Albertans in the hospital with COVID with 98 people in the ICU. Every day reports surface that show that our healthcare system is strained to the breaking point.

Nurses are working 16 hours a day under terrible conditions. Patients are being transferred to other hospitals because their COVID units are full. Frequent ambulance shortages have arisen in Edmonton and Calgary. It goes on.

Leadership is so notably absent that a group of doctors, scientists and regular people have got together and put on a televised briefing of their own, since Dr. Deena Hinshaw and Premier Kenney are nowhere to be found. The project, Protect Our Province, is led by Dr. Joe Vipond, a key public figure fighting against the government’s indifference to the spread of COVID. While the government has partially reversed course on stopping testing, tracing, and isolating, they still don’t care enough about this pandemic to put in policies that will stop the spread of COVID.

The doctors on that call, specifically the ones who work in hospitals and ER departments, are raising the alarm about just how close our healthcare system is to breaking down. “We’re running on fumes at this point,” said Dr. Ilan Schwartz. Not only is the healthcare system nearing the brink but according to the doctors this fourth wave has seen really sick people show up to the hospital with COVID.

“Because Delta is so infectious, it’s impossible to vaccinate our way out of this pandemic,” said Joe Vipond. He called for mask mandates (Edmonton coincidentally brought theirs back today) and restrictions on mass indoor activities.

“This is the intentionally cruel wave. The policies put in place by government have made this fourth wave worse.” Vipond.

The Protect Our Province group is actively advocating for COVID Zero. And the most frustrating part of this press conference was the part where Vipond talked about how close we were to COVID Zero just before Kenney opened up the province again just in time for Stampede. Guess Kenney really needed to flip those pancakes, scream yahoo and ride off into the sunset.

Look for regular updates from this group. On Wednesday they will be addressing school re-opening and on Friday they’ll be discussing aerosol transmission of the virus.

While it is embarrassing to live in a province where doctors, scientists and activists are volunteering on their own time and dollar to do something our Chief Medical Officer of Health and political leadership should be doing I’m glad they’re doing it. 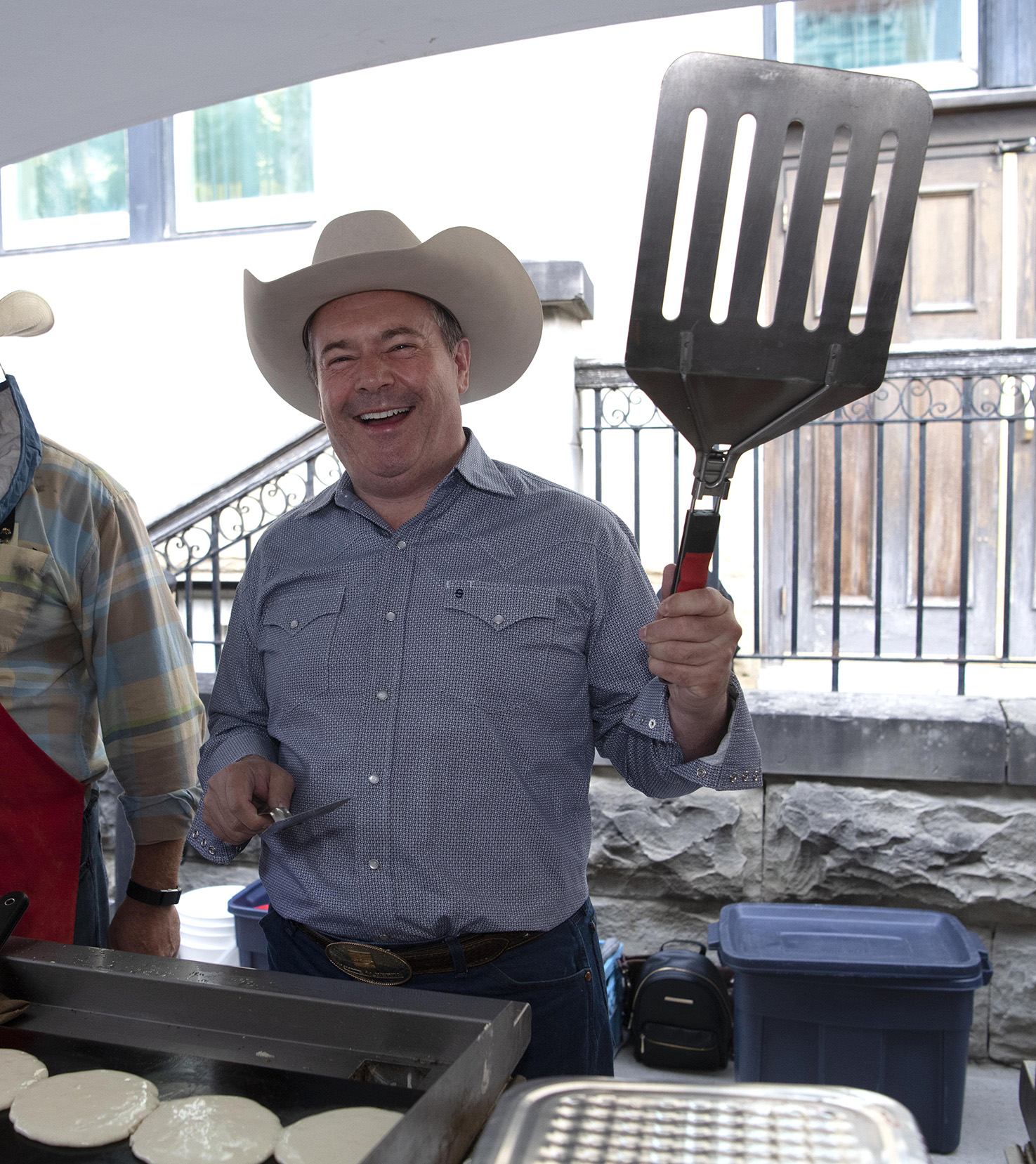 Image via Government of Alberta newsroom.