The latest IPCC report isn't just a code red for humanity. It's a wake-up call for Alberta

The dramatic findings of the latest report from the International Panel on Climate Change make one thing very clear: sooner or later, Alberta is in for a reckoning.

U.N. Secretary-General António Guterres calls the report a “code red for humanity.” So much evidence has piled up that it is now undeniable that greenhouse gas emissions, “unequivocally caused by human activities,” are not only the cause of global warming, but that thanks to two decades of dithering and failing to get our collective act together, 1.1C of that global warming is now already locked-in.

1.5C of global warming is projected to be enough to cause major social upheaval as people flee droughts, famines, and unlivable conditions. 2.7C would be hotter than the world has been in millions of years and lead to an absolutely staggering loss of human life worldwide—and 2.7C is the projection for the end of the century at the rate we’re going.

Canada is the ninth largest emitter of greenhouse gases in the world and has the worst record of any of the G7 countries in terms of meeting emissions targets. And that’s just the sum total. There may be more pollution coming out of China or India in total, but per capita (that is, per person) Canadians are among the worst polluters on Earth, only bested by Americans, Australians, and Saudis. And among Canadians, the worst polluters are by far us Albertans, thanks to the huge amounts of greenhouse gases emitted by fossil fuel production—especially in the oil sands. 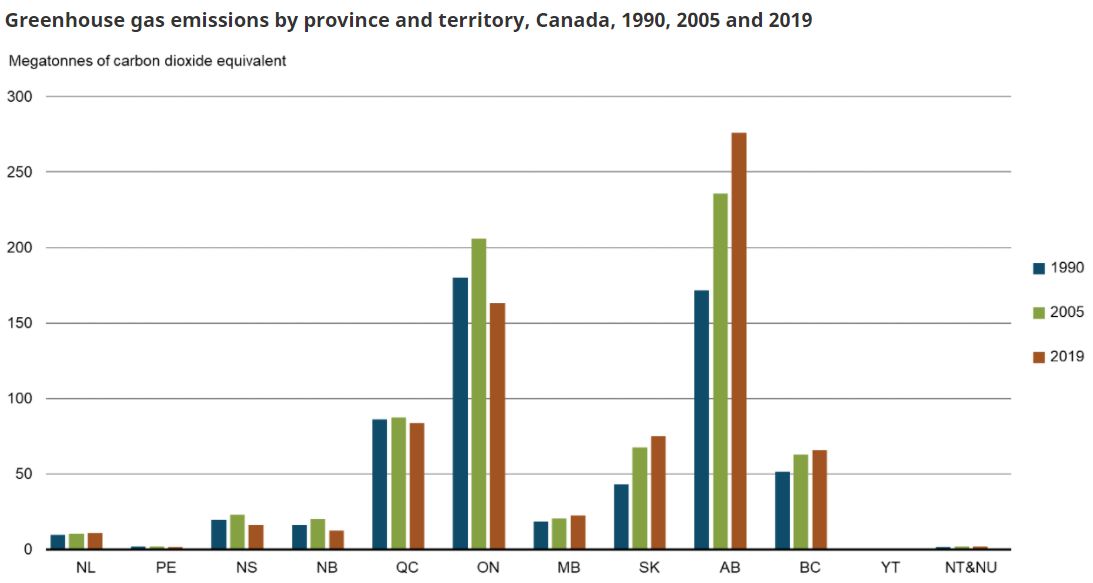 As residents of this world we have a responsibility to fight for the planet, now, before it’s too late. Over 1C of climate damages are locked in now and if we are going to avoid an unprecedented global disaster we can’t let that number get much higher. As Albertans specifically, we need to admit the simple fact that we won’t keep getting away with dumping greenhouse gases into the atmosphere much longer. Sooner or later, the rest of the world is going to force us to stop, and no war rooms, inquiries or truck convoys are going to prevent that. This latest IPCC report isn’t just code red for humanity—it’s a warning to Albertans that things are going to change, whether we’re ready or not.