Life in the necropolis

The academics have a word for what we’re seeing in Alberta, and it’s necropolitics: the politics of who lives and who dies. The subjugation of life to the power of death.

Achille Mbembe, the scholar who coined the term, looked at it in the context of wars and occupations. He wrote that those who have power create death-worlds, “forms of social existence in which vast populations are subjected to conditions of life conferring upon them the status of living dead.” 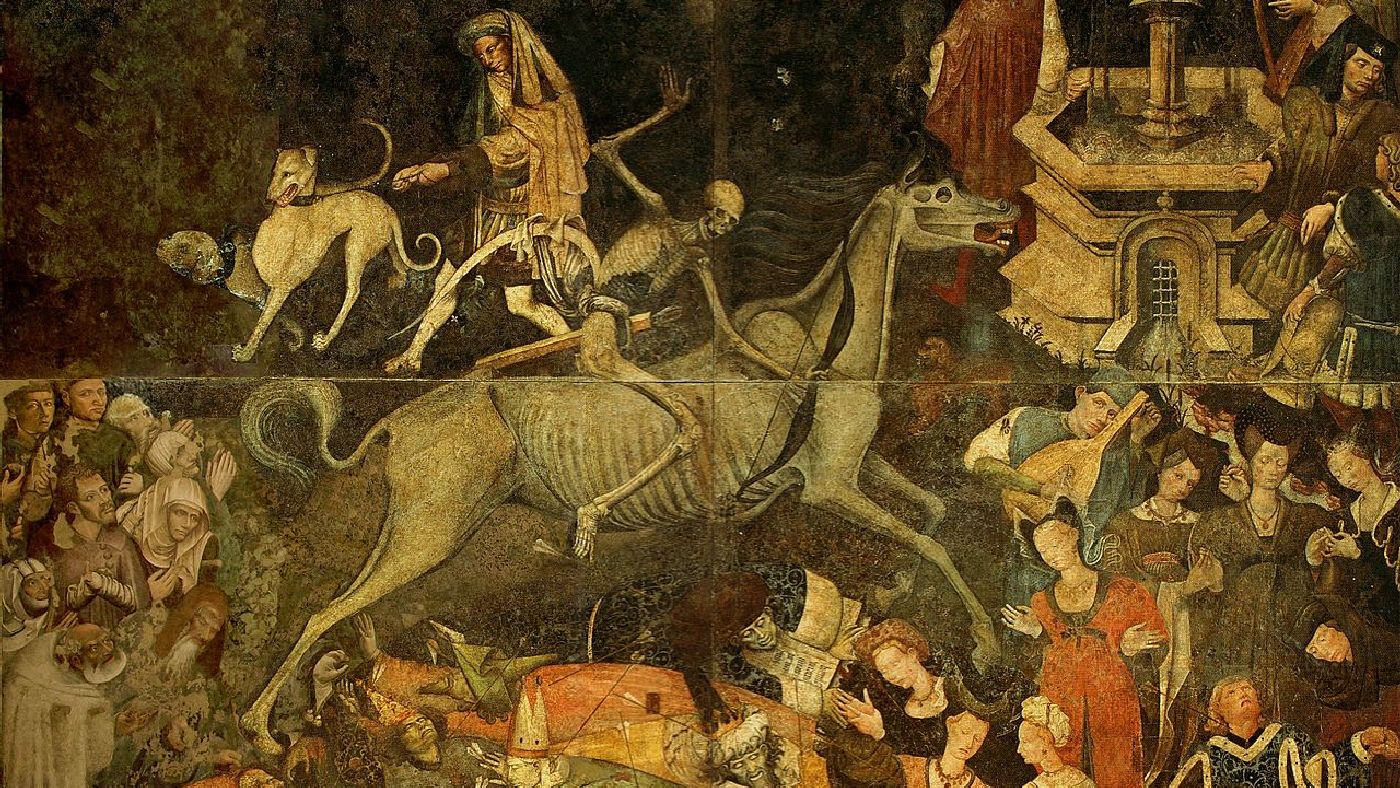 The Triumph of Death -- circa 1446, artist unknown

But you don’t have to travel to Gaza or Yemen or Afghanistan to see a death-world now. They're in the cores of our own cities, and on reserves too, and the latest report on overdose deaths in Alberta confirms it. Opioid overdose deaths are skyrocketing in Alberta, particularly in Calgary and around Lethbridge—two cities where Alberta’s UCP government is working to shut down and has shut down overdose prevention sites—according to the latest Opioid Response Surveillance Report from the province.

Staggeringly the report confirms the rate of opioid overdose death among Indigenous people in Alberta to be at the horrific level of 112 per 100,000 people. To put that number in context, it’s nearly triple what it was in 2016. It’s eight times higher than the rate for non-Indigenous people in Alberta, among whom the rate of overdoses has been more or less steady. It’s very clear that there is a racial component to this epidemic, and that defunding or obstructing services that would prevent those deaths is systemically racist; but compassion for these folks is in short supply. The report confirms that Indigenous people are being killed by opioid poisoning at over 7 times the rate of anyone else, but there is no response from non-Indigenous folks like the outpouring of grief and support after residential school graves were discovered just weeks ago. 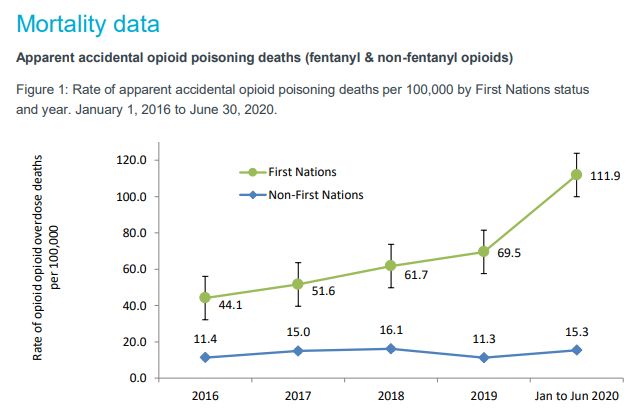 Judith Butler, writing about necropolitics back in 2015, imagined the idea of grievable and ungrievable lives. “An ungrievable life is one that cannot be mourned because it has never lived, that is, it has never counted as a life at all,” she suggested. I have no doubt that there are many people in this province and especially its government who simply don’t count the lives of people who have drug abuse problems as lives at all. When I’ve touched on this subject before in the Report, I always get someone who writes in to chirp about writing the lives off. “An addict’s life can only end one way,” I read, as I log in to our system to ban them from the mailing list. “What’s the point of keeping them alive?”

Mbembe called it. That’s being assigned the status of living dead right there.

The Opioid Response Surveillance Report should be shocking. In a sane society we all would have gasped at its horror. It would still be dominating the news cycles today and for weeks to come. But the UCP government quietly released it late on a Friday without a word, hoping no-one would pay attention. And I’m sad to report that very few did.

I hope that you are a reader of this newsletter because you are one of the people who are paying attention. I hope that you despise bigotry, that you don’t want to be party to any necropolitics, that you refuse to tolerate systemic racism, and that you sure as hell don’t want anyone in Alberta living in any “death world.” It’s been a long time since I’ve ended a Progress Report newsletter on a call to action, but I have one for you this morning.

There is a passionate and growing resistance to the UCP’s callous neglect of the opioid epidemic and one of the organizations at the forefront is called Moms Stop The Harm. They could use your help. I’ve corresponded with these folks and I’m very confident in them. Get on the Moms Stop The Harm mailing list today by following this link so that you can be part of the fight. I’ve had enough of Jason Kenney and the UCP deciding who lives and dies in this province. Haven’t you?