Once again we grieve a terrible evil

Attention across the country has rightly been dominated for several days now by the news that a mass grave with the remains of 215 children was uncovered at the grounds of a former residential school near Kamloops.

Canada’s extreme brutality and injustice towards the FIrst Nations is one of those open secrets everyone knows but not many want to acknowledge. The documentation is all there—not that you should need it. In most cities in Canada all it takes is a walk downtown to see, very obviously, the marginal position that Indigenous people have been forced into in this country. Very few if any figures of authority in Canada are not complicit in the colonial project in some way. But on somber occasions like these, Albertans get the particular dissonance of hearing our official statements of grief and reconciliation come from the right flank of Canada’s conservatives—a political movement that seems to go especially out of its way to be awful about the whole thing. 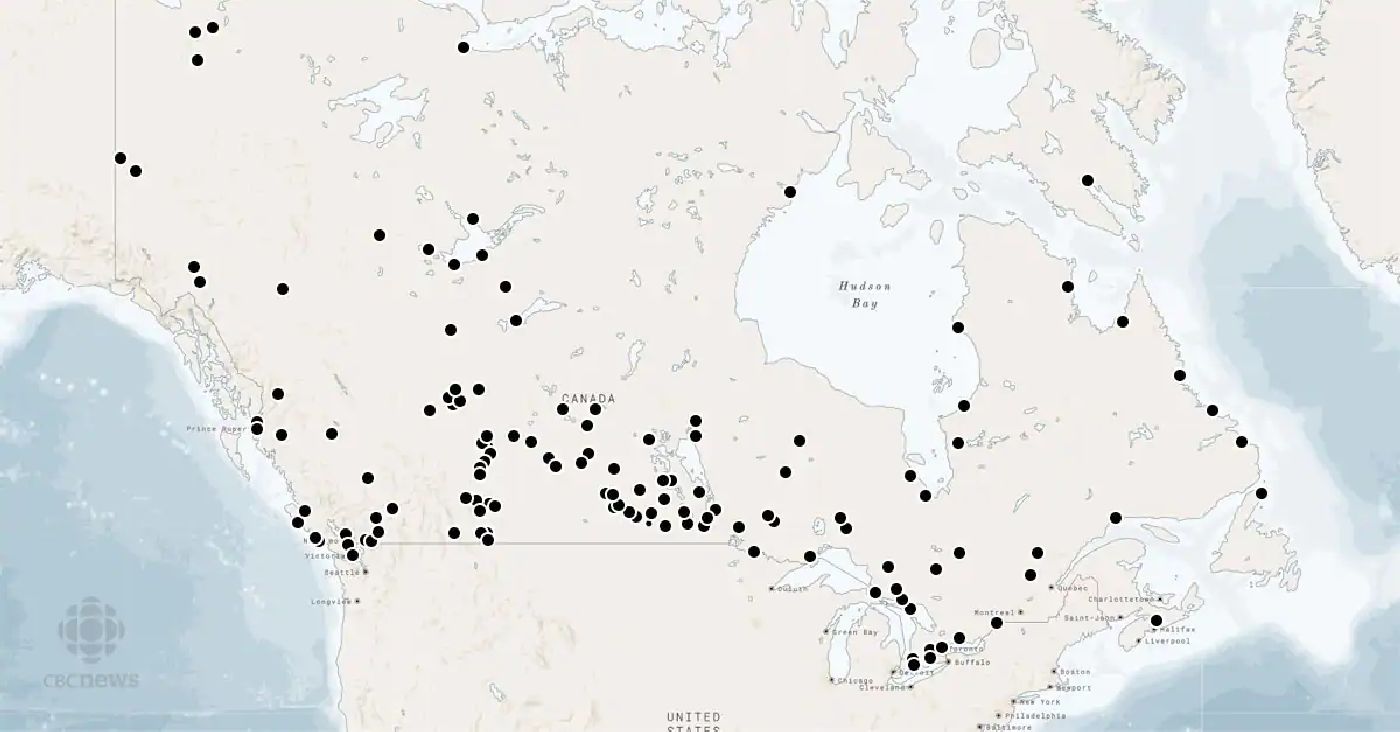 130 residential schools operated in Canada; you can view their locations using this interactive map produced by the CBC.

On social media over the weekend, Premier Jason Kenney posted that we grieve with the First Nations whose children were torn away. Certainly many of us do, but it’s a statement at odds with the Premier and his movement’s record.

You don’t have to go very far back—as recently as last fall, Kenney and his UCP blocked amendments that would have recognized Canada’s crimes against Indigenous people during Alberta’s new “Genocide Remembrance, Condemnation and Prevention Month.” Premier Kenney repeatedly refused to fire Paul Bunner, a speechwriter of his who argued that residential schools were just a “bogus genocide story.” The UCP’s new curriculum has been widely panned for its poor treatment of Indigenous issues; on the day that the news of the Kamloops mass grave broke, the Dorchester Review—edited by Chris Champion, one of the advisors shaping that curriculum—spent the day trolling people online and minimizing the tragedy.

And those are just the surface-level, symbolic red flags. I would characterize a number of policy moves by the UCP as inarguably anti-Indigenous. Their continued effort to deny people access to overdose prevention sites, for example, given that the demographics of the opioid overdose epidemic are staggeringly weighted towards Indigenous people, are by definition systemic racism.

Even if we narrow the focus to very specifically just mass graves at residential schools our Premier’s record is gross. While he was Stephen Harper’s right-hand man in federal government, Kenney and his caucus colleagues repeatedly fought to prevent the release of information about residential schools. Jason Kenney was the Minister of Citizenship, Immigration and Multiculturalism in 2009, when the Truth and Reconciliation Commission urged the federal government to fund a search for unmarked graves just like the ones found in Kamloops; Harper, Kenney, and the conservatives refused to provide any funding to search for these graves.