Desperate for positive job numbers, Kenney has started just making them up

It’s been a rough week for employment in Alberta, though that’s not what you’ll hear from the Premier. Cenovus is laying off over 1000 workers this week in the wake of its acquisition of Husky Energy. Production at Cenovus is going up, way up—but these days they don’t need as many people to do it. Great news for shareholders, not so great news for families in and around Calgary.

Similar story over at Shaw, which is shuttering its head office in Calgary after being bought out by Rogers. All the tax breaks the UCP could come up with couldn’t keep them here. Rogers is promising to increase, not reduce, the size of its workforce, but then they’re saying that our cell phone bills aren’t going to go up either. I’ll leave it to you whether you’re as skeptical there as I am. Premier Kenney isn’t; incredibly, he’s saying that two of Canada’s only four big telecom companies merging into some Akira-style blob is going to help diversify the economy. (If you’re keenly interested in the subject of Canada’s telecom cartels, I recommend this recent episode of the Alberta Advantage podcast.) 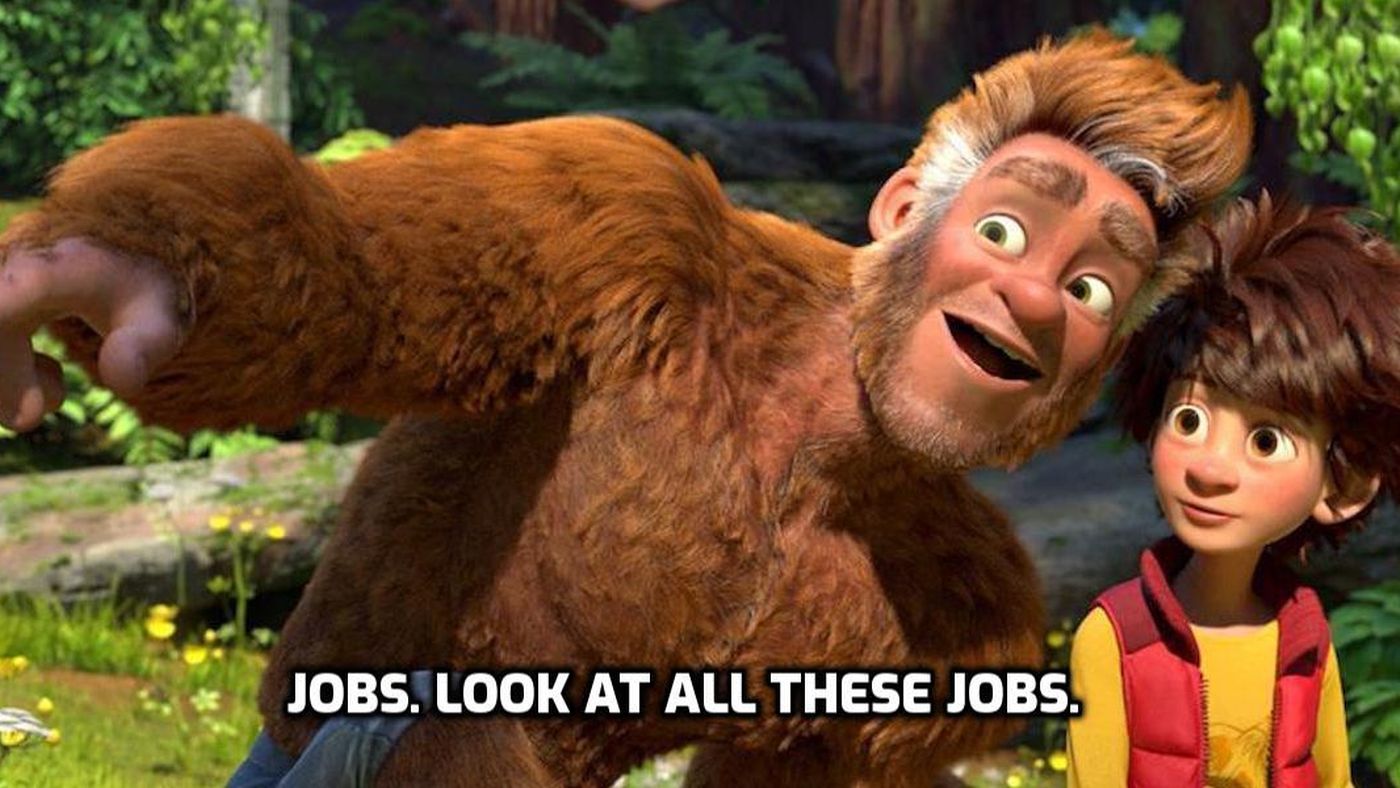 But his optimism veered into pure fantasy a few days earlier as he did a victory lap to celebrate IT company Infosys opening a new office in Calgary. The company is going to create 2000 jobs, the Premier said. But if they are, they aren’t here. According to the company itself Infosys will only be hiring about 500 people in Alberta spread over three years.

The film, Bigfoot Family, drew the ire of the war room for its negative portrayal of the oil and gas industry, as its villain is an oil baron dead set on tearing up some land in Alaska through a variety of Wile-E.-Coyote-level schemes.

The Canadian Energy Centre claims that this is an outrageously inaccurate thing to have in a cartoon about a fictional sasquatch and has started a petition campaign demanding Netflix take the movie offline. No word yet from the CEC about Captain Planet, the Smoggies, or the Raccoons. Cyril Sneer is probably still working on his op-ed.

In the few days since the launch of this weirdo campaign the CEC has become an international laughing stock (again) and the failing movie has shot up onto Netflix’s top ten. Great work, fellas!

You might wonder what exactly the point of the petition is given that the CEC’s mandate is to go out and persuade people who are skeptical of the oil and gas industry, not to build contact lists of the sort of diehard o&g supporters who would get so angry about a kids’ cartoon that they’d sign a petition about it. A petition to cancel Bigfoot Family isn’t going to give you a list of people whose minds the CEC want to change. It is a great way to build a list of conservative voters, though. How convenient that we can’t FOIP the war room or publically view its books at all. Well, I’m sure that the conservative MLAs who serve as the CEC’s only oversight will make sure that data doesn’t get put to any corrupt, partisan use.

This is the online version of the Progress Report email newsletter. Don't depend on some social media or search engine algorithm to find this content in the future. Sign up to get the best left wing political newsletter in your inbox every Tuesday. Okay occasionally Wednesday