Police in our society are given extraordinary powers by the state. They are able to use violence with near impunity, they have the implicit trust of our justice system, and they have access to huge databases of information on us—information that a regular person would never have access to for obvious reasons.

That’s why the revelations in this CBC story about the unauthorized and illegal surveillance by the Lethbridge Police on MLA Shannon Phillips are so disturbing. When police start spying on, surveilling and harassing politicians and their supporters, that is an abuse of power that we simply can not let stand as a society.

Phillips had suspected that Lethbridge police were surveilling her and she was correct. A freedom of information request turned up 9,300 pages of mostly blacked out documents. What wasn’t redacted is still incredibly disturbing.

Documents from this freedom of information request also show a police service deeply unwilling to take the steps necessary to repair the incredible harm done by their officers. General counsel for the Lethbridge Police Lee Cutforth (a former PC appointee and donor) emailed Calgary Herald columnist Don Braid in response to a column he wrote and the email is illuminating.

Cutforth was satisfied that they obtained a serious sanction against the officers that “recognized the severity of the misconduct.” The officers received a temporary demotion.

Modern policing in Canada is built on the Peel Principles, developed by Sir Robert Peel in the 19th century. And one of the fundamental aspects of those principles is if the police want to continue to be police they must secure and maintain the respect and approval of the public. When the police start spying, harassing and surveilling politicians they don’t like the police enter dangerous territory when it comes to public trust.

The institution of policing is broken and a temporary demotion of these officers is not enough. These cops must be fired, accountability processes must be improved and there must be a deeply sincere apology to Shannon Phillips and the public from the Lethbridge Police Service.

Otherwise the huge chunk of Albertans who largely agree with defunding the police are likely to move on to the more radical position—abolishing the police. 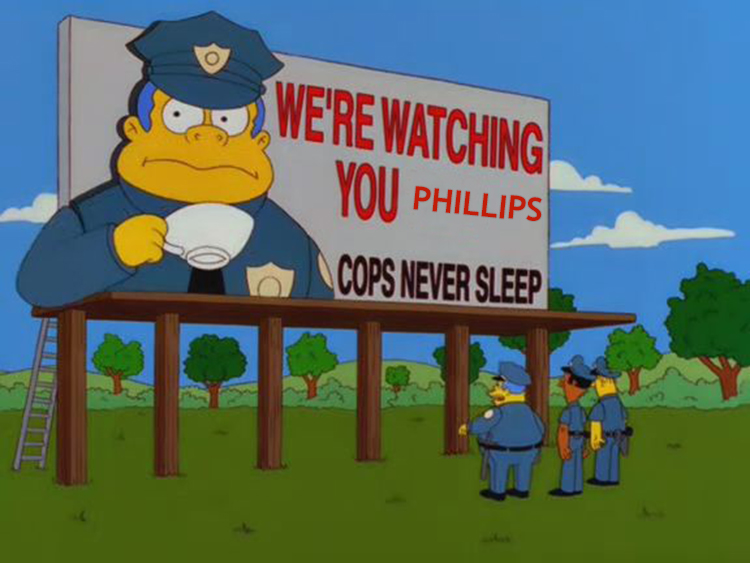