This Thursday the Kenney administration will table Alberta’s 2021 budget, and it’s looking pretty grim. COVID has absolutely ravaged provincial revenues and we can expect the UCP to use the staggering deficit they’ve racked up as an excuse for cuts to all sorts of programs and services.

But one file I’ll be watching in particular is municipal property taxes.

Sounds pretty dry from a distance, but there’s a crisis growing in the balance sheets of rural towns across the province and the Rural Municipalities Association is getting very, very angry.

There’s a long list of ways the UCP have been chipping away at the budgets of these towns. Some taxes that previously went to the municipalities have been clawed back by the province; and the UCP signed municipalities for increased policing, then stuck them with most of the bill; but what’s outraging the RMA the most is that oil and gas companies owe over $240 million dollars in property taxes, they’re refusing to pay, and the UCP are helping them get away with it.

Up until now these municipalities have been avoiding picking a fight with Alberta’s politically-powerful oil and gas industry. But this week the RMA dropped an ultimatum—if the deadbeats don’t pay up, the RMA is going to start publishing their names. If you or I ducked our own property taxes for years the municipality could seize our property and auction it to pay off the bill, but not so with the oil and gas companies, who enjoy a pretty ridiculous level of protection under Alberta’s laws.

Rural Alberta is traditionally the rock-solid support base for the conservative parties. But between these tax problems and the huge outcry against the UCP plans for drastic expansion of coal mining, there’s a lot of discontent brewing out there. Let’s see this Thursday if Kenney has the sense to try and get ahead of it.

Locals in Edmonton were outraged to see a literal torch-wielding mob march to the Legislature over the weekend. They called it the Freedom Walk, and it was ostensibly a demonstration against onerous COVID lockdown measures—which is a little odd considering that Alberta is the one province barely locking down at all. 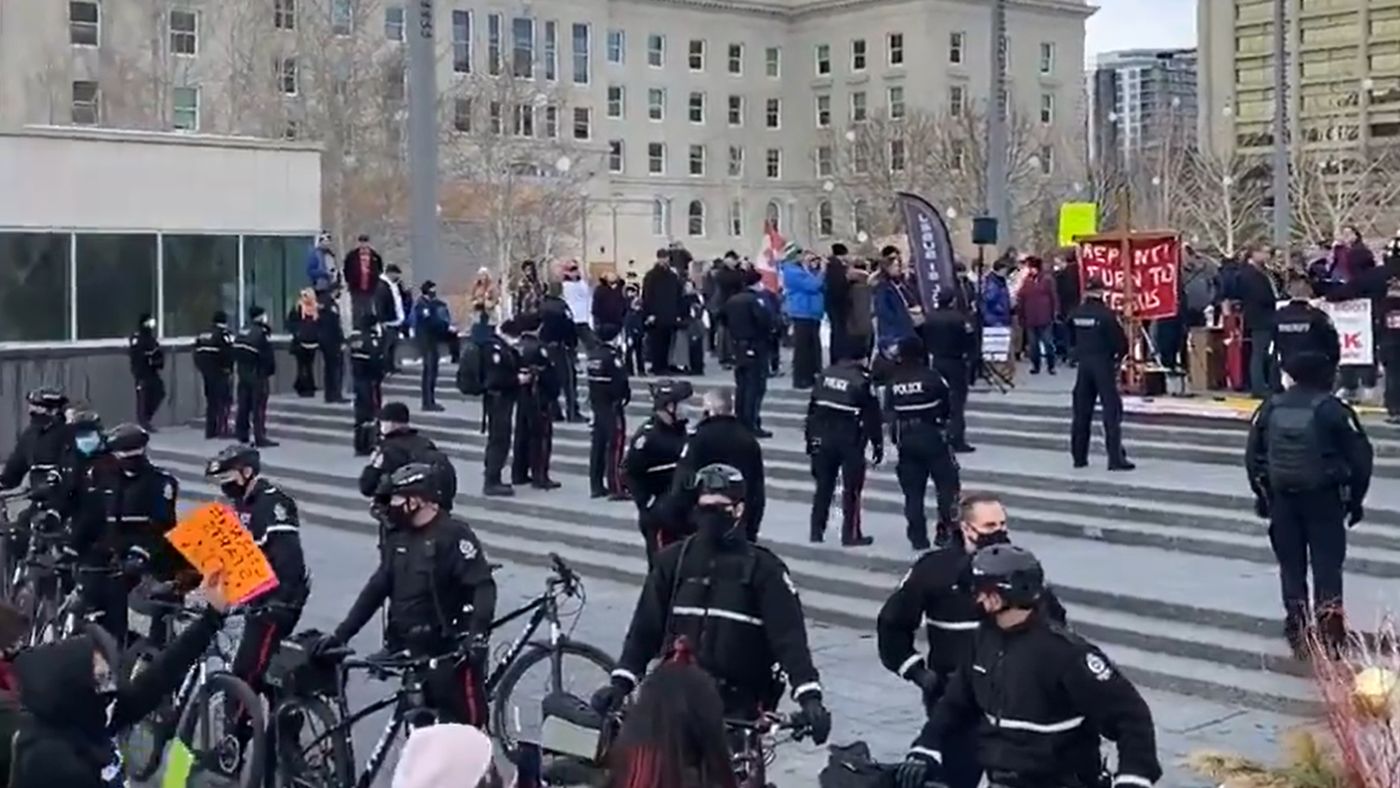 A wall of Edmonton police officers separated counter-protesters from the far-right demonstrators at the weekend rally. The EPA later reported that multiple officers were swarmed, punched and injured by rally participants

The tiki torches immediately reminded everyone of the extremist ‘Unite The Right’ rally in Charlottesville organized by the American neo-Nazi James Kessler in 2017, and the comparison is apt given that the Edmonton rally included the likes of Kevin Johnston, a far-right crank politican best known for defamation and hate crimes against Muslims, Laura Lynn Thompson, a conspiracy theory weirdo who presently leads BC’s Christian Heritage Party, and Artur Pawlowski, a street preacher from Calgary who has been mixed up in all sorts of virulently anti-LGBTQ and anti-Muslim garbage over the years. Pawlowski’s son was detained by Edmonton police during the demonstration; sources tell the Progress Report that the rally participants were threatening and menacing journalists at the event.

Mack Lamoureux, who has been covering the far right for VICE for a several years, has a good write-up of the event if you’d like a summary.

Like the Yellow Vests protests before it, the anti-mask movement has been thoroughly dominated by the far-right. I will leave the question of whether Jason Kenney’s single casual statement on Twitter about the matter was a sufficient denouncement to you.