Kenney on Keystone XL: You can practically smell the flop sweat

Joe Biden, who will be sworn in as president of the USA on Wednesday, will cancel the Keystone XL pipeline on his first day on the job. Joe Biden is following through and doing exactly what he said he would do back in May. This news is in no way a surprise.

Despite this Jason Kenney invested $1.5 billion of our money directly into the project plus loan guarantees worth several billions more. He did this knowing that Biden was very likely to cancel the project if he won the election. Jason Kenney bet billions of dollars on Donald Trump winning the next election and we all lost. 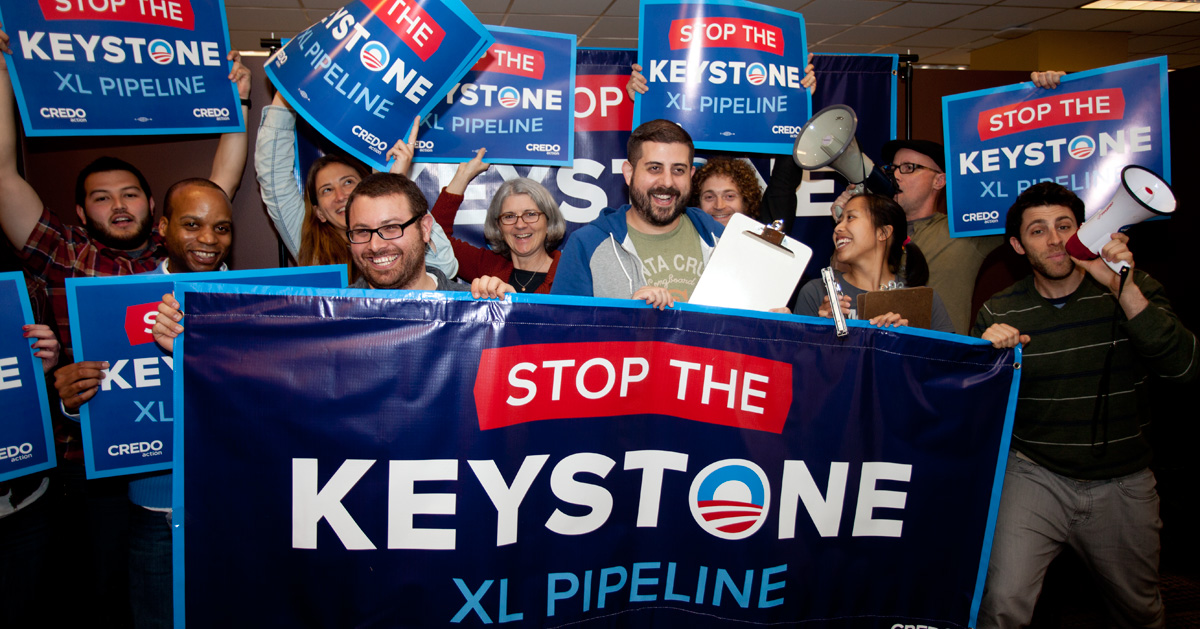 Jason Kenney hasn’t accepted the news yet. He’s currently in the bargaining stage of the Kubler-Ross five stages of grief. In his press conference yesterday morning you could practically smell the flop sweat coming off of him as he begged Joe Biden to reconsider and “show Canada the respect” and just let Alberta and Canada make the case.

Kenney thinks he can win a case where he and TC Energy are able to dictate who controls the borders of the United States. That Canada could win a NAFTA case against the US (it never has). That trade unions that support their project in the US will call in all their favours with the Biden administration. That renewable energy credits for the pipeline’s operations will make a difference. That Alberta’s oil is just so ethical that Biden will have to reconsider his decision. Just stop.

It’s time to accept the inevitable. The pipeline is dead. Alberta’s investment is a dead loss.

Kenney has all but admitted to $1.5 billion plus at least another couple hundred of million in costs for the loan guarantees has been lost at the casino. Imagine what we could have done with that kind of money during a pandemic rather than flushing it down the drain on a no-hoper pipeline project.

We could have had guaranteed paid sick leave so precarious workers wouldn’t have to go work and infect their co-workers and clients.

We could have nationalized the privatized and financialized the long-term care homes that are killing the people who live in them at a criminal rate.

We could have built a contact tracing system that didn’t blow up when we needed it most.

We could have paid for people to stay home and done what New Zealand and Australia did and actually committed to a COVID-zero strategy.

But no, we just had to flip a couple of billion dollars to a pipeline company because that’s the way things work in Alberta. Kenney even flipped back to old reliable talking points about a nefarious conspiracy to “landlock Canadian Energy” multiple times.

“The same political forces that are seeking to kill this project are trying to do the same with respect to Line 3, Line 5 and other projects. We need to see Keystone XL in the context of a broader effort to block Canada’s largest export product to the United States,” said Kenney in his presser.

Thankfully Kenney has spent $3.5 million on a public inquiry to get to the bottom of this. And as you may have heard this public inquiry has been mired in scandal, has blown its deadline twice, is likely to blow its deadline a third time and hasn’t even spoken with a big chunk of the groups that were supposedly at the centre of this conspiracy.

At this point it doesn’t matter whether it’s corruption or sheer incompetence the end result is the same. But at the end of this debacle it’s worth trying to put it in context for what it would mean for an average worker. Imagine you made a mistake that cost your employer not $1.5 billion dollars, that’s too astronomical a number, let’s say it cost your boss $5000. What do you think the consequences would be? Please reply to this email and let me know.