There’s video evidence of white supremacists physically attacking demonstrators at an anti-racism rally in Red Deer yesterday, but the RCMP confirmed this morning that they will not pursue any charges.

City News Edmonton was in Red Deer to cover the rally and captured footage of assaults by members of a counter-protest organized by Pat King, co-founder of Alberta’s Wexit Party. In Facebook videos he posted in the days leading up to the protest, King had promised violence against any demonstrators who came to Red Deer. “That’s patriots kicking antifa out of their towns!” said King in one broadcast.

During the City News broadcast, one of the attackers is seen lunging at and striking a demonstrator after that person attempts to present some paperwork. According to the victim’s partner, the paperwork was, ironically, a restraining order against King. 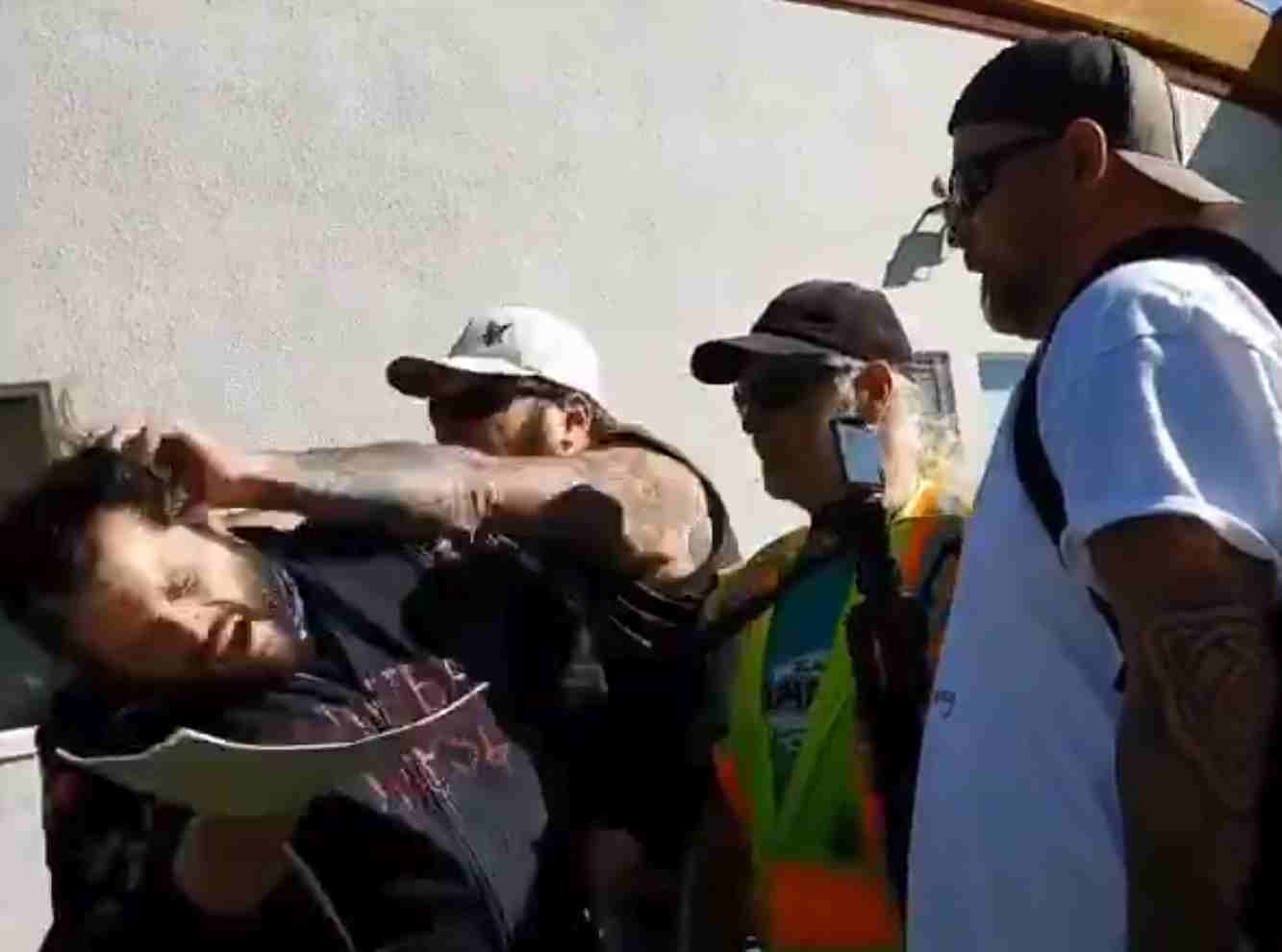 Pictured: one of the assaults captured on video by City News reporters at the Red Deer anti-racism rally

RCMP did not intercede to protect the demonstrators or remove the people who assaulted them. According to Justice Minister Kaycee Madu at a press conference this morning, the RCMP were late to the event because they went to the wrong venue. “I have faith and confidence in the ability of the RCMP to deal with incidents like this,” said the minister. He did not explain why charges were not laid against the attackers.

Rhetoric from conservative politicians about Black Lives Matter, antifa, and anti-racist protestors being extremists and terrorists has become commonplace, piggy-backing on narratives from Trump and the American conservative movement. Minister Madu, who railed online against a Black Lives Matter rally earlier this summer, has dabbled in it himself. Duncan from the Progress Report called in to the minister’s press conference this morning to inquire about that, but the government refused to take our questions.