Twenty eight separate Alberta Muslim organizations, including nearly every major mosque in the province, are demanding the resignation of Alberta Human Rights Commission chief Collin May in a letter sent to Justice Minister Tyler Shandro.

The demand comes after the Progress Report reported back in July on a book review May wrote in 2009 for the C2C Journal where he wrote  “Islam is not a peaceful religion misused by radicals. Rather, it is one of the most militaristic religions known to man,” among several other remarks.

“Let the record be clear. Mr. May wrote terrible things in relation to his understanding of an Islamophobic text. Leaders of Alberta’s Muslim community, while shocked and appalled, extended a hand of good-will to Mr. May in acknowledgement of his ostensible suggestion and desire to sit down and listen. Mr. May did not prioritize scheduling those meetings, but far more importantly, decided to threaten to sue his critics,” reads the letter. 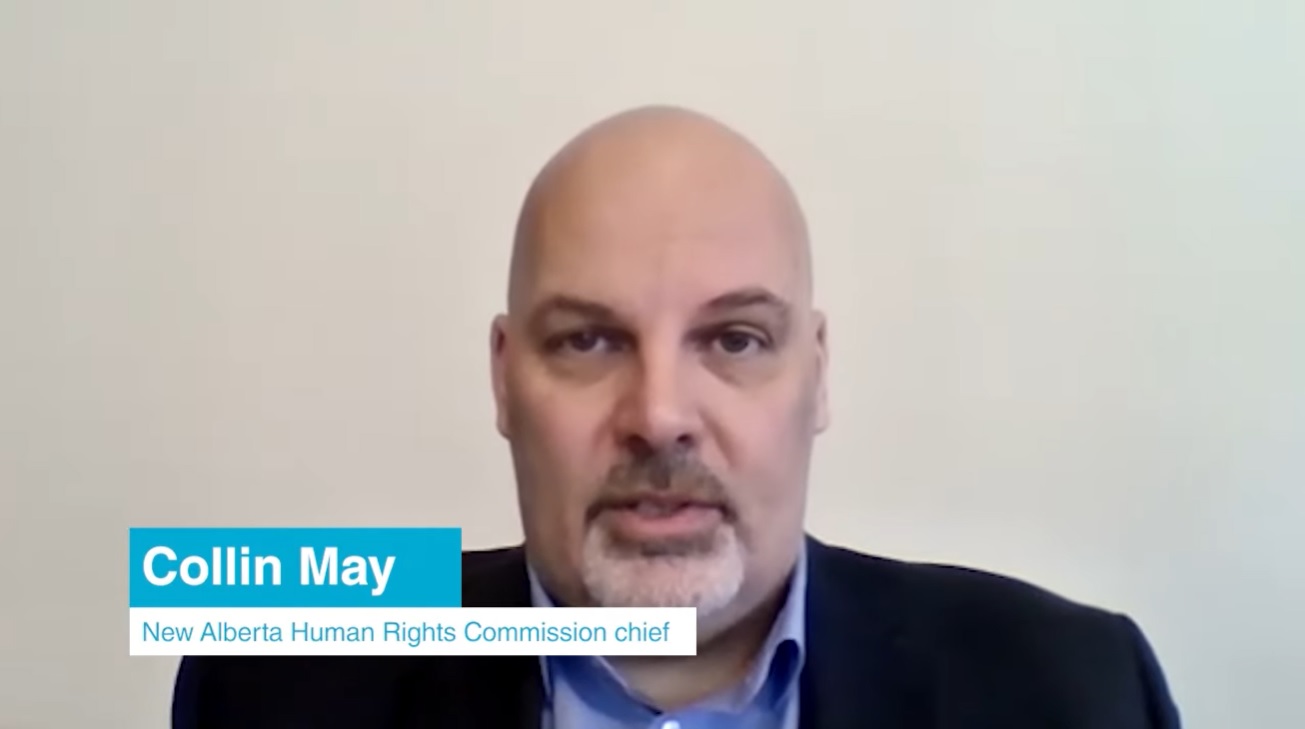 Screenshot from a Youtube video where Collin May shared his thoughts on his appointment to the role of chief of the Alberta Human Rights Commission.

As of publishing the Progress Report has not received any correspondence from Collin May or his legal representatives.

The letter was posted publicly to the National Council of Canadian Muslim’s Twitter account and the NCCM is one of the 28 signatories to the demand for May’s resignation.

“It is understandable that NCCM, an organization that fights Islamophobia, would be frustrated with the appointment of Mr. May to the role of most senior discrimination expert in Alberta,” said Faisal Bhabha, an associate professor of law at York University who served on the Human Rights Tribunal of Ontario between 2008 and 2011.

“Whether Mr. May is interested in, or capable of, evolving from his prior views is not really the most important question for the public. What is far more important is how did the Alberta government determine that Mr. May would be an appropriate appointment for this role? The decision to appoint someone with Mr. May's published record suggests either a failure to vet or a wilful disregard of the facts. Either way, the government must now explain and show that it is actually committed to reducing anti-Muslim discrimination in Alberta.”

Former Calgary mayor Naheed Nenshi called the letter “shocking,” on Twitter. “I thought that [the] NCCM was perhaps being too charitable when the news originally broke but it seems their name was being used. Shandro, it's time to let him go,” wrote Nenshi.

Irfan Sabir, the NDP's justice critic, put out a statement echoing the group's demand to remove Collin May.

“Mr. May was given an opportunity to apologize and make amends for these hateful views, but refused. Instead, he threatened legal action against his critics," said Sabir.

Minister Shandro’s office did not respond to inquiries by deadline. Neither did the Alberta Human Rights Commission.

The signatories to the letter demanding Collin May's resignation are:

UPDATE: Shortly after we published this story Monday evening, Jeremy Appel reported on Twitter that the Press Secretary to Minister of Justice Tyler Shandro had sent the following statement regarding Collin May: