Looting the dregs: SanLing Energy’s suspension is a sign of oilpatch rot

On March 5 the Alberta Energy Regulator suspended the operations of SanLing Energy, a small Chinese-owned oil and gas company.  Five years of regulator incompetence (or malfeasance) saw bankers and oil and gas executives get rich while the citizens of Alberta were left holding the bag, as the unpaid environmental debts of an unprofitable, dying industry piled up.

“We cannot allow a company that has ignored the rules to continue to operate—that’s not in Alberta’s interest”, said the Alberta Energy Regulator’s (AER) director of enforcement. 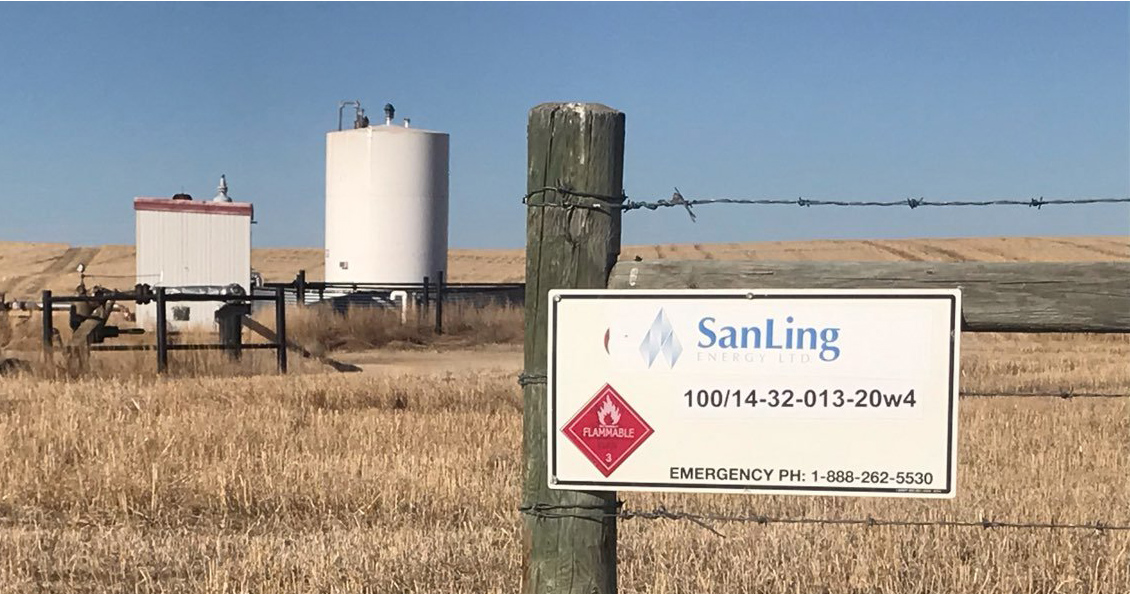 But SanLing had been allowed to ignore the rules for quite some time. SanLing owes $67 million in security to the AER for its end-of-life obligations for its 2,266 wells, 227 facilities and 2,170 pipelines.

How was one foreign corporation allowed to rack up such an incredible pile of liabilities?

The first wave of dumping depleted wells accelerated with the 1986 price crash. A second wave came after Ralph Klein was elected premier in 1992 and a third wave followed the lifting of executive liability in 2000 and the installation of an industry-authored liability management program in 2002.

According to a report from 1991 by John Nichol, an official with the Energy Resources Conservation Board (the progenitor of the AER), regulators and the public had become increasingly concerned watching large companies sell depleted wells “to stripper operators that may produce them to their economic limit… but who then may be unable or unwilling to abandon the wells properly. That could result in those wells becoming a public liability.” The responsibility of some new licensees was questionable, some had little or no experience in the oil and gas business, and some lacked adequate financial capacity.

But despite their concerns Alberta energy regulators in effect announced in 1991 that you could sell your depleted wells to anyone, for any price, and regulators would never ‘look-back’ to you to pay for cleanup. And just as you’d expect, freed of oversight, many companies began committing all sorts of fraud to avoid paying for their liabilities.

The shale gas glut caused a fourth wave of elite fraud after natural gas prices collapsed and hundreds of Alberta producers failed after 2007. The shale oil/bitumen glut since 2014 and the surprise election of a centrist provincial government in 2015 sparked the most recent (and by now, endemic) wave.

At first, Alberta energy regulators were going to uphold the polluter pay principle. If the owners of an oil or gas well couldn’t meet their cleanup responsibilities, officials announced in December 1989 that previous owners would pay.

Limiting transfers to responsible companies and making previous beneficiaries accountable was the fair and correct prescription. But faced with industry resistance, regulator efforts to defend the public interest quickly faded.

Industry recommended the responsibility for cleanup be limited to the current licensee – no ‘look-backs’ – but the tax-paying public needn’t worry, an industry-sponsored fund would be established to pay for the cleanup of all the little broke oil and gas companies that could result.

According to the Nichol report, by early 1991, Alberta regulators had accepted this reduced chain of responsibility: “Clearly, if the people of Alberta were going to have to pay some significant amount toward solving this problem, they would look to the Board to develop stricter abandonment and suspension regulations to permit it. But as regulators, we are well aware that regulation is not always the most efficient way of getting things done.”

Regulators called off their first crackdown on dumping old wells, setting off a second wave of divestment to what economists call judgment-proof companies. These companies were too small to honour eventual cleanup obligations. This could only conceivably be defended by public officials because industry was going to pay for the resulting orphans.

That was no doubt the thinking when the NDP government faced a difficult dilemma its first year in office. ATB Financial had forced little RedWater Energy into receivership one week after the NDP was elected in May 2015. One week after the NDP appointed ATB’s CEO Dave Mowat to chair their royalty review that July, ATB launched an audacious legal scheme to disown RedWater’s depleted wells.

Then, as Mowat and the royalty panel were writing their report in November, ATB forced Spyglass Resources into receivership – raising ‘questions about how the province will deal with well reclamation liabilities if the trend continues.’

Incredible pressure was being brought to bear on Alberta’s elected officials to prevent them from raising the world’s lowest royalty rates. The threat of mass bankruptcy was industry’s lever. It worked especially well when there was a Chinese rug to sweep the mess under.

This is where SanLing entered the scene as saviour to our conflicted regulators. The Chinese investors did not qualify to operate Spyglass’ remaining assets, but the AER made exceptions.

SanLing paid pennies on the dollar for defunct Spyglass’ wells and is rumored to have purchased $200 million more from the Riddell oilpatch dynasty. Nonetheless, the Chinese upstart was in irreversible decline within a year of launch.

That SanLing was ever allowed to operate in Alberta is a scandal—that regulators stood idly by for years cannot be tolerated.

There is a fallback that is supposed to protect the public from being left with companies’ orphan wells: the Orphan Well Association. But the AER has been neglecting to ensure that the industry properly funds it, and there simply isn’t enough in the fund to cover the huge numbers of orphan wells that are on the way.

Industry’s promise to fully and immediately fund all orphaned infrastructure is codified in sections 73(2) and 70(1) of Alberta’s Oil and Gas Conservation Act. It’s time for Alberta to stop letting shady companies stick the public with their bills. We must demand proper funding of the Orphan Well Association by the oil and gas industry today.

Regan Boychuk is the co-founder of, and a researcher with, the Alberta Liabilities Disclosure Project, and also works with the Polluter Pay Federation to advocate for policies that won’t leave Albertans to clean up private corporations’ messes.