Jennie Russell and Charles Rusnell were reporters with CBC Investigates, the award-winning investigative unit of CBC Edmonton until suddenly calling it quits on December 16, 2021. Rusnell and Russell broke stories that changed Alberta for the better. They did the kind of groundbreaking, original, investigative journalism that is so needed in today’s age.

We take a look back at their top ten stories, in no particular order, and share their work that defined journalism in Alberta for the past decade. 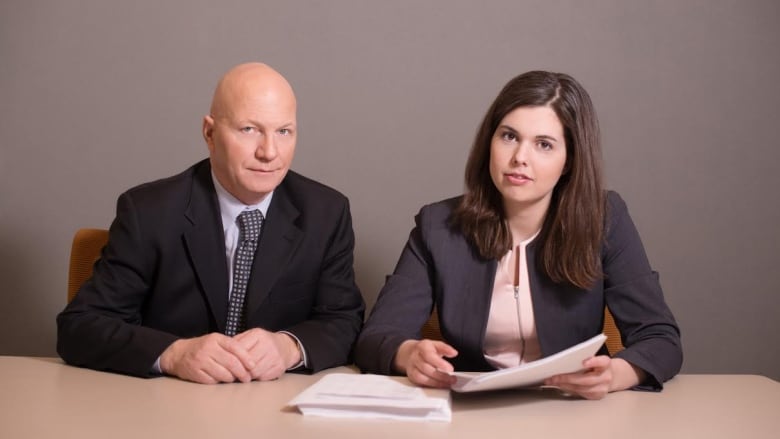 Alberta taxpayers almost paid millions in 2014 for Alison Redford’s infamous “Skypalace” penthouse, until an exclusive CBC story revealed the plans. A Freedom of Information Request exposed the suite project and came shortly after Redford resigned as Premier amid several other scandals.

Some of Redford’s other scandals included a $45,000 plane ticket to South Africa, personal flights to Vancouver and tax sponsored trips for her daughter and friends. The penthouse project was still completed but was repurposed as a meeting room.

Private Health, Public Risk? How the Alberta government allowed a private foundation to offer an unproven 'experimental' health program to its citizens

This CBC interactive feature was the culmination of months of published stories on how  wealthy Calgary oilman Allan Markin worked with his foundation and the Alberta government to offer a private, unproven alternative health program, which some experts say is effectively a research “experiment” that has potentially risked the health of tens of thousands of people, including the homeless, addicted and seniors.

Yet despite this, and against the advice of senior ministry officials, the government of Premier Alison Redford gave Pure North a $10-million grant in December 2013 to further expand an existing program, which was ultimately offered to more than 7,300 Alberta seniors — without any ethical oversight.

Alberta’s infamous public inquiry into so called foreign-funded environmentalists started with a scandal in 2019 when Russell and Rusnell revealed that commissioner Steve Allan gave his son’s law firm $905,000 worth of business for the inquiry.

Allan’s son is a partner at Denton’s in Calgary and the money was dished out 11 days after Allan was named commissioner of the $2.5 million dollar public inquiry that ended as an embarassing disaster. Rusnell and Russell also wrote several other articles that were highly embarrassing about Steve Allan and his inquiry, including the fact that Allan had donated and campaigned for the minister who appointed him.

U of A hires top American researcher, on condition daughter and her husband to get jobs too

Alberta’s largest publicly funded school the University of Alberta hired American nanotechnology researcher Carlo Montemagno under the condition that his daughter and son-in-law work in his laboratory.

This is on top of Montemagno’s $500,000 salary and jobs that his family didn’t have to apply for with job descriptions crafted by Montemagno to fit his son-in-law’s qualifications. The University of Alberta also offered an interest-free $1.4-million loan for Montemagno to buy a house which was changed to a $100,000 interest-free loan.

Alberta Health Services fired a senior executive hours before CBC exposed that he spent thousands of public dollars on extravagant meals at fine dining restaurants. Allaudin Merali was the executive vice-president and chief financial officer of AHS until his 2005-2008 expense claims were revealed in a FOIP request.

Merali would dine out two or three times a week at establishments like Ruth’s Chris Steakhouse, The Hardware Grill and Normand’s. On one occasion at La Spiga in 2005 he spent $1,598.54 for one meal. AHS/Alberta tax payers also paid for a $1,750 Mercedes Benz repair and to have a $2,000 phone installed in Merali’s 500 series Benz.

Edmonton Manning Progressive Conservative MLA Peter Sandhu withdrew his government duties in 2013 and left caucus after CBC reported on Sandhu’s house-building company and its history of undisclosed chronic debt. The CBC investigation also discovered a false statement made by Sandhu in a sworn affidavit filed in a civil case over his companies debt.

Sandhu’s company NewView Homes was sued dozens of times over unpaid debts to suppliers and trades.

The conspiracy between campaigns was all aimed at undermining Brian Jean, Kenney’s main rival for UCP leadership at the time and coincidentally again today. Callaway planned his resignation from the leadership race with Kenney’s campaign cementing his status as a “stalking horse” candidate.

The Alberta Federation of Labour obtained documents that showed the UCP government and AHS officials prioritized the operation of Cargill’s meat packing plant over a deadly COVID outbreak that killed 3 workers and infected more than 1,500 Cargill employees.

Documents obtained made it clear the government and health officials thought keeping the plant open was more important than worker safety. Both agencies also knew that the plant was unsafe for workers but reassured workers in a town hall that their work was still safe.

EPS withheld video of a violent police assault against an Indigenous man from prosecutors for four months. Police released the video to Crown prosecutors in late December 2019 two weeks before the officer in question stood trial for flying his knee into the back of Elliot McLeod.

Withholding the video from prosecutors undermined the assault victims rights and the officer in question was later charged with assault.

Emails revealed close relationships between the Progressive Conservatives and these post-secondary schools. All the donations were paid back by individuals who attended the events or by the Conservatives. This was part of a series of stories by Russell and Rusnell that found that the PC parties accepted tens of thousands of illegal donations not only from universities but also municipalities.

The Progress Report also does this kind of original, investigative journalism. Please send your tips in confidence to [email protected]