I ❤️ 🌐 Oil & Gas. Canada's oil and gas industry is majority foreign owned and should be banned from influencing Canadian elections

After most Canadians vote for parties who promise climate action, they may wonder why Canada is by far the worst G-7 carbon-polluting country. While the U.S. and Japan are roughly at their 1990 emission levels, Canada’s are up 21 per cent. The EU is 25 per cent lower and Britain’s is down a remarkable 40 per cent.

To learn why Canada always breaks its climate promises I investigated the influence of Big Foreign Oil because the production of oil and gas is Canada’s greatest and fastest growing source of carbon pollution.

The report “Posing as Canadian. How Big Foreign Oil Captures Canadian energy and climate policy” was recently released and explains why. 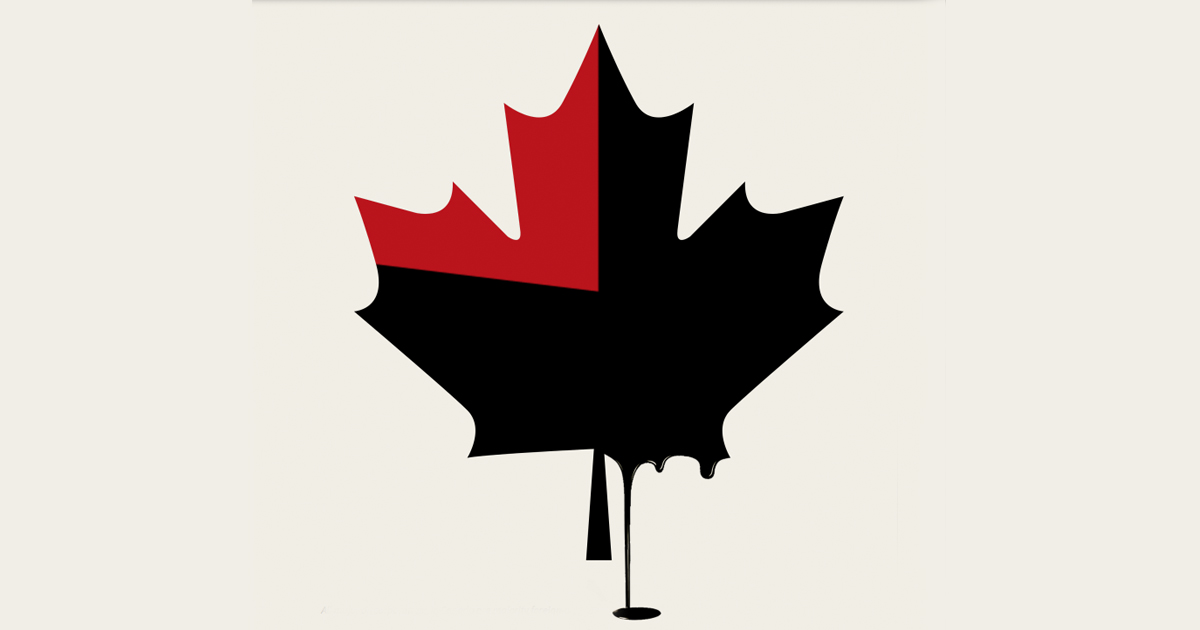 The Canadian Association of Petroleum Producers (CAPP) is Big Foreign Oil’s apex lobby group and based in Calgary. In 2019, CAPP charged that foreign-funded, anti-pipeline activists made “a concerted effort to shut down our industry.”

Agreed. Why then did her government not direct the inquiry to examine the far greater sums of foreign oil money that massively intervene in energy and climate debates? Size matters. All big oil and gas corporations operating in Canada are fully or a majority foreign-owned, gaily wave the Maple Leaf flag and list their headquarters in Calgary.

After allegations of Russian meddling in the 2016 U.S. presidential election, Ottawa prohibited such interference in Canadian federal elections, yet left a mile-wide loophole that CAPP drove a gas-guzzling Hummer through.

Canada forbade “foreign entities” including “corporations outside Canada” from election spending, but allowed foreign-owned corporations with headquarters in Canada to do so. Years ago, renowned philosopher George Grant wrote that setting up shop in Canada is the way foreign corporations “incarnate themselves as a [domestic] ruling class.”

Where does CAPP get funds to employ 36 full-time lobbyists, subsidize front groups like Canada’s Energy Citizens, that deceptively pose as citizen-based, and spend big on advertising? CAPP’s revenue is unavailable, but about 97 per cent of it must come from its foreign-owned corporate members because its membership fees are based on their oil production; 97 per cent of the oil produced by CAPP’s corporate board members comes from foreign-owned ones.

My investigation found that of the 48 corporations on CAPP’s 2020 board, 37 or 77 per cent were confirmed, or likely, fully or majority foreign-owned.

When Big Foreign Oil speaks, Ottawa listens. Boy does it listen. Federal government officials had 11,452 contacts with them between 2011 and 2018 and three meetings a week in the pandemic lockdown’s first year.

CAPP is the main obstacle to Canada cutting carbon pollution from the production of oil and gas. It tells governments to let them grow production but continue their huge subsidies because they are the bedrock of Canada’s economy. This is false. The industry directly employs fewer than 1 per cent of Canadian workers.

Momentum is growing in the U.S. to ban foreign-influenced corporations from election spending.

Largely because of Big Foreign Oil’s influence, the federal and Alberta governments have failed to rapidly wind down petroleum production, especially for export, while generously supporting oil workers in the transition.

Rather than worry about a trickle of foreign funding of environmentalists that never made up more than a tiny percentage of their revenue, Canada should ban election funding by CAPP and other powerful foreign-influenced corporate interests.

Gordon Laxer is author of the report “Posing as Canadian. How Big Foreign Oil Captures Canadian energy and climate policy.”