The official name of the Edmonton football team is now officially the Edmonton Football Team. After years of prodding and lobbying the team to change the racist name it finally did so, giving into public pressure after doubling down, over and again.

Given the Edmonton Football’s Team’s many attempts at saving the name, with leading surveys, and tone deaf comms, one must question the team management. With the CFL season cancelled because it couldn’t get bailed out by the federal government, Edmonton sports fans will have to find something else until 2021. If the Edmonton Football Team is even around by then.

In hockey, the Oilers are a franchise that consistently falls short. No amount of high draft picks can change the fact that the window between their ‘80s glory days and another Stanley Cup only widens. That’s before one considers Daryl Katz, the Oilers owner, creepy weirdo, and an instrumental force in Edmonton’s ongoing gentrification and displacement of marginalized people.

Elsewhere in Alberta, hockey has other problems. The Calgary Flames have their own issues, and no media outlets have explored the Flames' complicity in not addressing their ex-coach’s racism until it was made public. Premier Jason Kenney invited one of the largest rostered sports leagues in North America to finish the season in Edmonton. Alberta has the highest per capita COVID-19 numbers of any province, and the entire city of Edmonton is currently under a COVID-19 watch.

In both its historic racism, misapplication of provincial resources, and teams that only make fans miserable, hockey seems like a weird thing to follow if you’re an Albertan with even mildly progressive, left leaning values.

In sports, there’s a prevailing idea of “team culture.” A concept that is best described as positive player-management relationships, politics, and working conditions all coming together and being a major indicator of both a team’s success and being something worth supporting as a fan. Teams like the New York Knicks, which bleeds players and has a famously mercurial owner who buddied around with Harvey Weinstein, is an example of a losing culture. Teams like the San Antonio Spurs, which made it to the playoffs 22 years in a row, has a front office that advocates openly for racial justice, and retains happy players for the most part, is an example of a winning culture. Liverpool FC in England sports a culture of historically left wing values, perhaps most famous of which is one of the most incredible boycotts in the history of sport.

Alberta sports teams, overwhelmingly, have losing cultures. Edmonton isn't a City of Champions, and it hasn't been for a long time.

Across the road from where Northlands Coliseum once stood, and Gretzky won four championships, there’s a new Edmonton sports team, and it’s got a winning culture.

The Edmonton Stingers, one of the inaugural basketball teams of the two-years-running Canadian Elite Basketball League (CEBL), has made it deep into the playoffs twice in a row, and just won the championship, in the recent St. Catharines CEBL bubble. 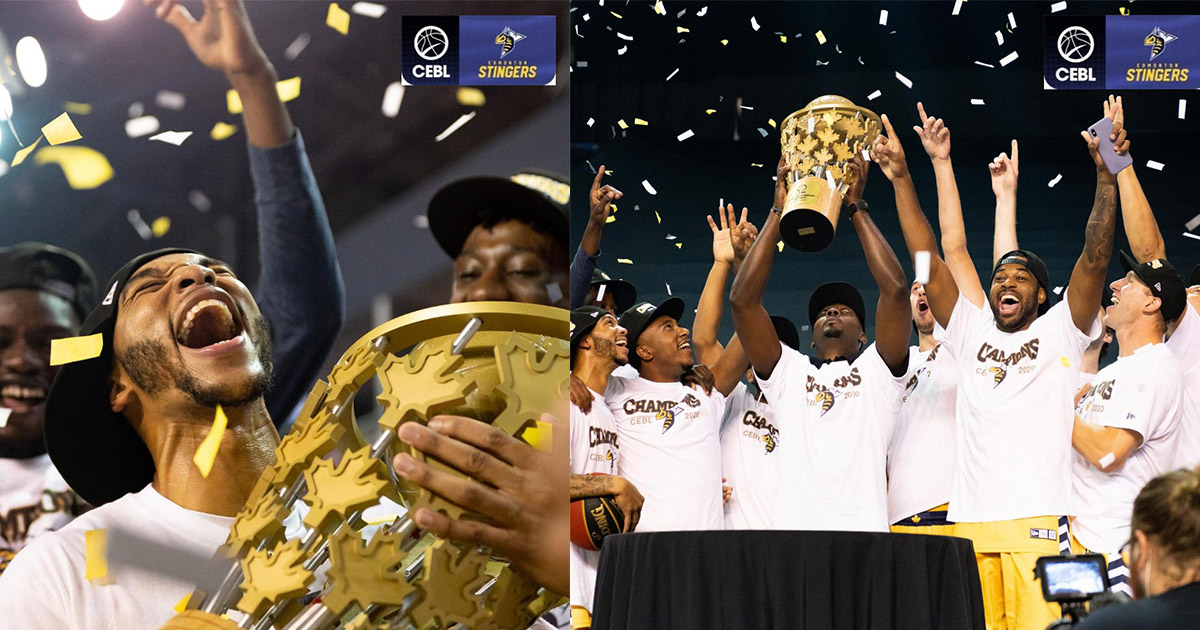 The league, essentially a basketball version of the CFL, has minimum mandates for Canadian players on rosters, cheap tickets, allows players to speak out and signed a broadcast deal with the publicly owned CBC. It pays players a little less than what the NBA’s development league starts at, has short seasons and is scrappy, fun and boasts decent players that play all over the world.

As the NHL slowly declines, and the future of the Canadian Football League remains in jeopardy, basketball is on the rise. It’s a sport that’s largely democratic, doesn’t cost an arm and a leg (If you have hockey playing kids, you get it), and one whose cultural conceit is that it’s a multi-racial, multi-ethnic, and overall more diverse sport than largely homogenous hockey leagues and medically risky football ones.

The Raptors are Canada’s de facto team, maybe the one space every other city puts its hatred of Toronto aside. As Edmonton becomes more diverse, as more people grow up in it, and as people who grew up on the Raptors move to it, it’s obvious that basketball is the future in Edmonton. And the future looks bright in a local team with a winning culture, and a league that says the right things.

Alberta also has a progressive basketball history that’s been overshadowed by the hegemony of hockey.

Make no mistake, the CEBL isn’t perfect. The players don’t have a union, yet. It’s nascent. But its nascency is opportunity. If you like sports, it’s a perfect time to get in on a small league that’s growing and advocating for the culture that you want to see - one that’s not only winning, but could promote a politics that it understands will retain and keep viewers and fans for years.

Sports fandom is a strange thing. It’s an expression of community, and largely an enterprise in local, rather than national pride. It’s entertainment, but it’s also one of the key spaces in our popular culture where power and politics are articulated. In Canada, it’s a particular way that identity is articulated - think of the Canadian associations between hockey and whiteness, as well as the erasure of the class and privilege often associated with having a chance to go pro.

Largely, we want to see our politics and values reflected in the sports we follow, the storylines that develop, and the leagues we invest in. But we also have the ability to inform those things, and to change them. And the CEBL is a particularly great place to start, before it blows up. There’s opportunity to push the league, vocally, to continue on this track, to form a player’s union, and become a paragon of values for what sports should be - inclusive, progressive, equitable, and accountable.

The Edmonton Stingers are one of the few teams in the CEBL to largely retain its roster between its two seasons. It’s invested in the players on the team. It’s a winning organization, and it’s still a relatively accessible and affordable one with tickets starting at $25. It represents everything bright with the future of Canadian sport - and it should be lobbied to do so.

Fans, overwhelmingly, want their pro sports to be better. And what is pro sports, if not for the fans?