According to a Freedom of Information request the Edmonton Police Service have spent more than $4.2 million in direct cash payouts to cops for clothing, boots and dry-cleaning in the past three years. That’s $1.4 million a year for the last three years. 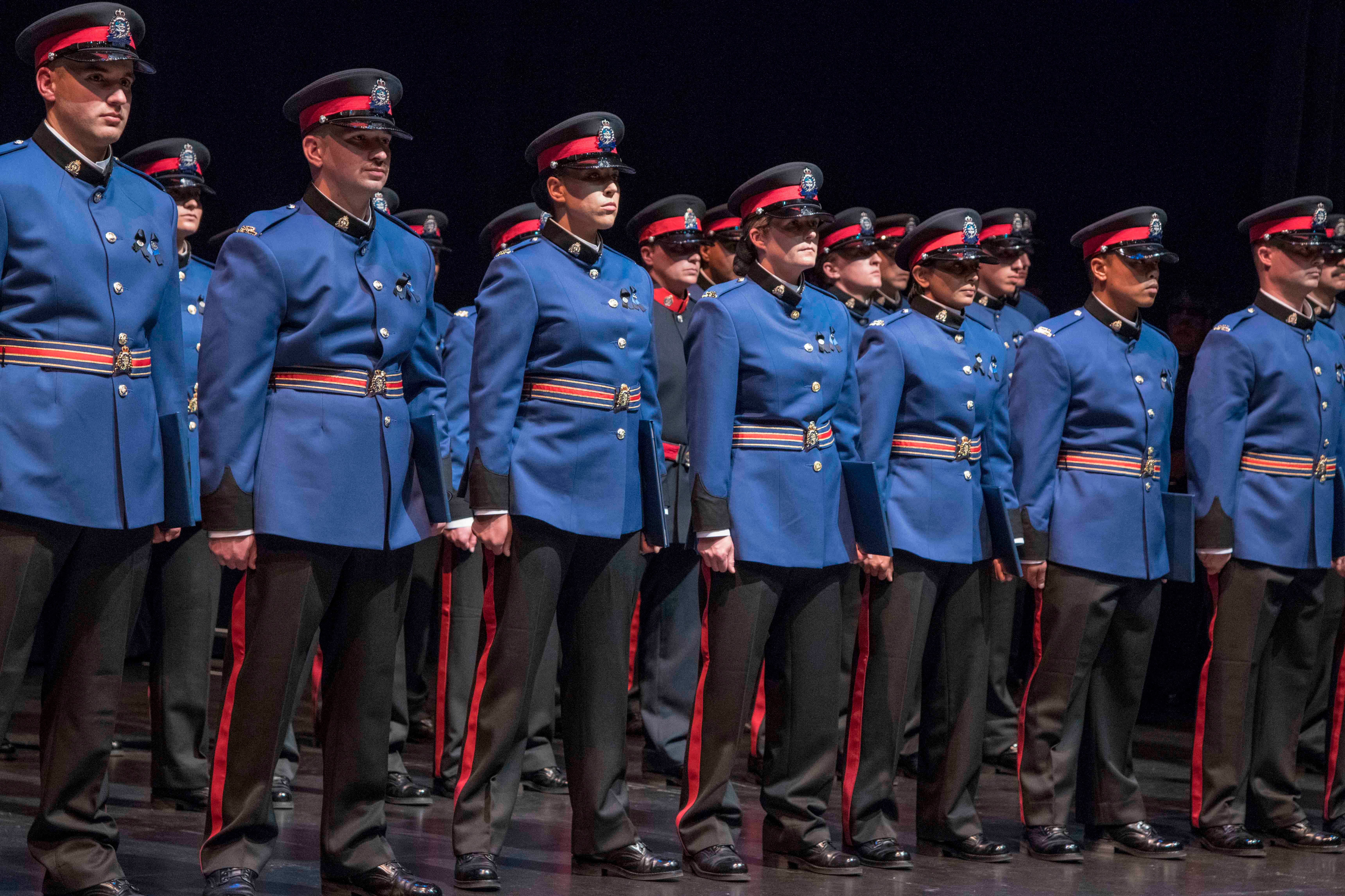 New constables of the Edmonton Police Service at their graduation on Sept. 16, 2022 at the Citadel Theatre. Photo via the EPS.

Cops don’t submit receipts for this; they get a cash payment for the entire amount at the beginning of the year, prorating or recalculating if the officer goes on leave or switches positions.

Other municipal workers do not get anywhere near this amount in clothing allowance. Edmonton Transit Service operators receive $85 a year to purchase boots. Between 2019 and 2021 the city of Edmonton paid ETS operators just over $394,000 or around $131,000 a year in footwear subsidies.

Steve Bradshaw, the president of Amalgamated Transit Union local 569, is concerned that the city is prioritizing money for clothes for cops over equal pay for drivers who work for the Dedicated Accessible Transit Service or DATS.

“We don’t begrudge the police and what they need to be presentable. But if the city is prepared to do that they should be willing to go up to inflation for our operators. Our DATS drivers serve the disabled and we’re in negotiations right now.”

According to Bradshaw the city says it would cost $1.4 million, nearly the exact same yearly amount it spends on the unusually generous police clothing benefit, to bring operator pay for DATS drivers up to the level of standard transit operators.

“If they’ve got money to give the cops for extra clothing, which no one else gets, surely they can find the money to provide equity to transit operators who serve the disabled,” said Bradshaw.

Firefighters have a clothing allowance built into their collective agreement as well, though it doesn’t function as a cash payout. It’s a points based system worth $700 a year where 50 per cent of the points must be spent on essential items.

The Edmonton Police Service is  currently forecasting that it will run an unprecedented $3.9 million deficit this year. After a long and contentious set of council meetings over the summer, city council will decide on the specifics of a new police funding formula this fall. The presently-existing police funding formula has guaranteed budget increases for EPS every year, no matter what, a unique arrangement that no other police department in Canada has.

According to a city of Edmonton spokesperson negotiations between the city and the Edmonton Police Association, the collective bargaining agent for police officers, are currently in mediation.