Edmonton’s city council failed to make a decision on a contentious change to the city’s police budget Friday, instead spending most of the afternoon discussing dubious reforms that quickly drew criticism from both councilors and members of the public.

City manager Andre Courbould pulled together a draft version of the city’s reply to Justice Minister Tyler Shandro’s demand under the Police Act that the city "take action" on violent crime and disorder and submit a public safety plan to the province within two weeks. 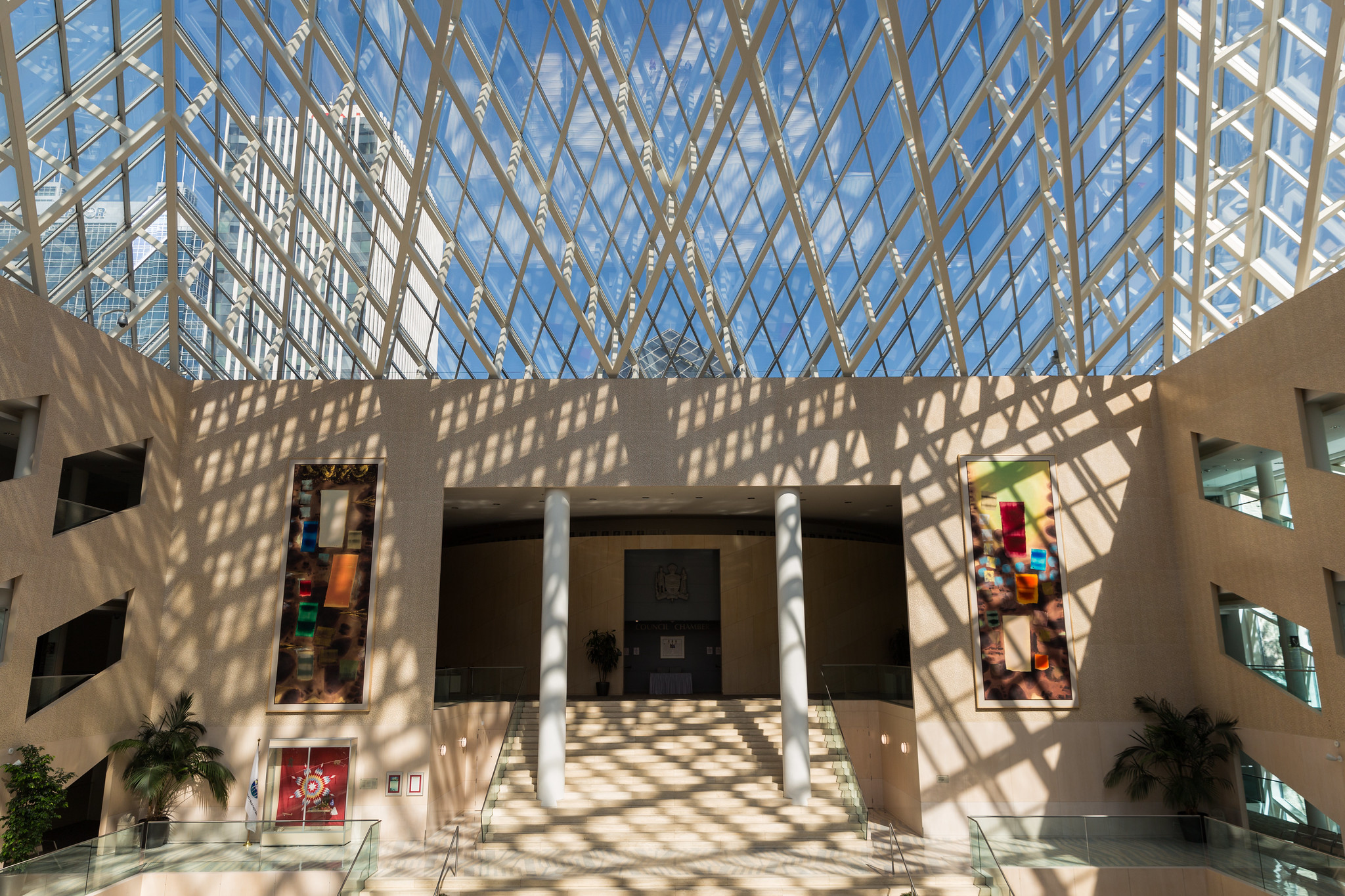 Photo of city hall by Mack Male via Flickr.

Courbould’s presentation on this draft letter consisted primarily of existing programs the city has approved. However, something called “saturation policing” is coming which will consist of more “boots on the ground” in the downtown, Chinatown and Alberta Avenue areas.

Councilor Ashley Salvador noted the likely outcome of saturation policing: that unhoused people would simply be displaced to other neighborhoods. “The strategy is not to displace people, but there is going to be some of that,” said Courbould, who later added that, “there’s always going to be some displacement.”

Chief Dale McFee of the Edmonton Police Service was dismissive of questions about why officers had not been concentrated in those areas already. “I don’t think that matters anymore,” said the Chief.

Council also provided more details on the $300,000 that was approved earlier this week to deal with safety and security in Chinatown. That money will go towards subsidizing private security for businesses in the area.

Council also debated a report on transit safety and security which led to the news that city administration will be asking city council to fund a pilot for turnstiles or “fare gates.”

The city of Vancouver spent $200 million installing their turnstiles and a 2019 news report found that the turnstiles had little effect on the amount of fare evasion tickets which were issued. The formal request for turnstiles will come during budget deliberations in the fall.

City administration also appears to be trying to backdoor a new version of the transit loitering bylaw which was removed in 2021. The new conduct of passengers bylaw is still to be debated by city council.

The possible return of the loitering bylaw provoked immediate criticism from community members who were following the proceedings on social media. Chris Wiebe, a local lawyer, who has written about the loitering bylaw previously, had several criticisms of the proposed bylaw,  arguing that the bylaw would lead to excessive tickets for unhoused people seeking shelter.

Council will resume debate on the police funding formula on June 7th.