Creeping privatization, a big spike in oil and gas revenues, and a labour shortage that may or may not actually exist are the three big highlights of the 2022-2023 budget tabled by Alberta's Finance Minister Travis Toews on Thursday.

Toews (whose concerns as finance minister are exactly what you would expect from the sort of conservative who would obsess over banning witchcraft, sorcery and Dungeons & Dragons at his bible college) has delivered exactly the budget Jason Kenney would like to see as he clings to power before a leadership review that comes in April. 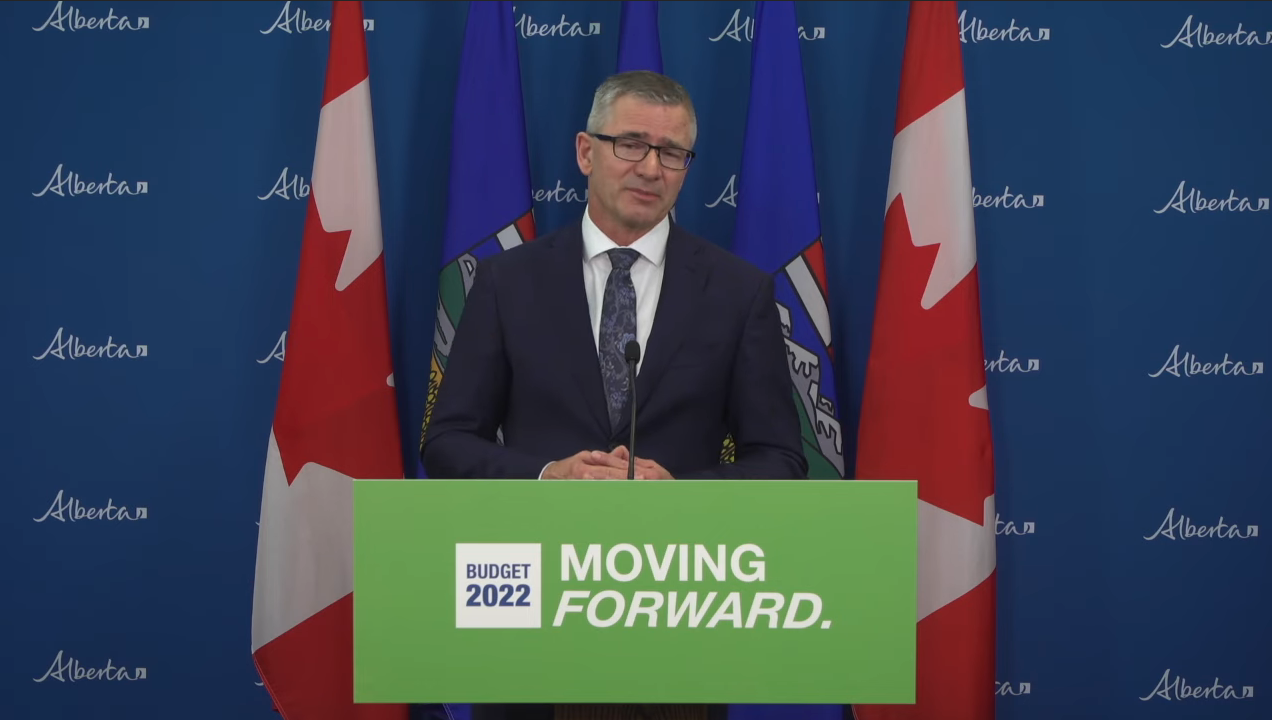 Vladimir Putin has inadvertently thrown the Premier an unexpected lifeline, as the conflict in Ukraine is driving world oil prices through the roof. With a UCP government in power, that means good times for friends of the UCP, people like charter school operators, oil and gas CEOs, and private providers of medical services. Not so much for the rest of us, who get to see our living expenses driven up by inflation (or changes in policy, like the removal of the utilities price cap that left people on the hook for massive power bills in January.)

The stink of privatization hangs over this budget. There is $133 million in capital funds that are set aside for the next three years for the “Alberta Surgical Initiative.” The operational costs still haven’t been broken out yet but those are sure to be considerable as well.  There is also $72 million set aside for charter schools over the next three years. Charter schools are a fantastic innovation if you run a charter school. You don’t have to pay or worry about unionized teachers, the government foots the bill for all of your costs and you don’t have to worry about a pesky democratically elected school board looking over your shoulder. It’s no wonder so many people connected to the conservative movement are involved in charter schools.

Toews works hard in this budget to help his comrades in the local chambers of commerce spin the tale of a growing labour shortage. The idea is mentioned twelve times throughout, and the government is funding a coterie of small programs each designed, ostensibly, to get people back into the workforce. There is of course no real shortage of workers in Alberta, which has one of the youngest populations in Canada and is full of people who specifically came here to work. But the employers lobbying Toews don’t want to spend their own money making their jobs attractive enough to draw in new hires, so they’ve convinced him to subsidize them with our money instead.

While the budget does note that wages are likely to increase, it’s always right next to an assertion that this will contribute to “broader price pressures.” Or later on in the budget “at the same time, expectations of high inflation among workers are expected to put additional upward pressure on wages.”

The government of Alberta expects earnings growth to increase 3.9 percent and household incomes to rise 6.7 per cent this year but the recent offers extended to nurses and the public service come nowhere near this. The budget documents spend a lot of page space gloating, in fact, about how much the government has driven down the pay of its employees.

The budget sets up the situation most advantageous to Kenney as he prepares for the 2023 election: a predicted small deficit this year and a balanced budget for next year, both on the backs of an unexpected surge in resource revenues. It’s hard to understate just how much of a windfall the government has lucked into. In the 2020-2021 budget the government of Alberta got $2 billion in bitumen royalties from the oilsands. In 2021-2022 they’re forecasting a $9.5 billion take just from the oil sands. This doesn’t take in account large increases in royalties from conventional oil and natural gas.

Some of this was predictable. Four different oil sands projects reached the threshold to start paying out in 2021, and another is forecast to reach it in 2022. But matters outside of Alberta’s control—especially the Russian military action against Ukraine—are likely to push the price of oil far higher.

We’re back on the resource revenue rollercoaster again, and the province is once again completely dependent on matters outside of its control. This year, the track is going up in a big, big way. But that doesn’t mean working people get to enjoy the ride.

The UCP aren’t going to make life better for working folks struggling to pay their bills, but if you’re lucky you could get a micro-credential in blockchain fundamentals to see you through the coming troubles.