When Forent Energy, a floundering oil and gas company, and its former chairman and its single largest shareholder, minor Calgary celebrity W. Brett Wilson, were given an environmental protection order from the Alberta Energy Regulator, they didn’t clean up their mess—instead Wilson dumped 16 wells on the Orphan Well Association, leaving millions of dollars of liabilities to the public to pick up for him.

“Now I’ve got to farm around them,” Paul Dooleage, owner of the Spruceville Cattle Company near Castor in east-central Alberta, told the Progress Report. Dooleage has an orphan well from Forent on his land and he is just one of thousands of landowners across the province who have been saddled with orphan wells by oil and gas executives just like Wilson.

“The fucking fence is broken around the well head now, so cows are always in that area,” says Dooleage. “It’s a pain in the ass.”

By the time of its final receivership report in September 2020, Forent owed the Alberta Energy Regulator (AER) $1.1 million for cleanup deposits in addition to over $6.6 million in debt to ATB, and another $44,000 in unpaid property taxes to nine municipalities. And that’s all on top of somewhere between $2.1 and $3.7 million in liabilities, largely in the form of orphan wells, that Forent and Wilson dumped on the public. 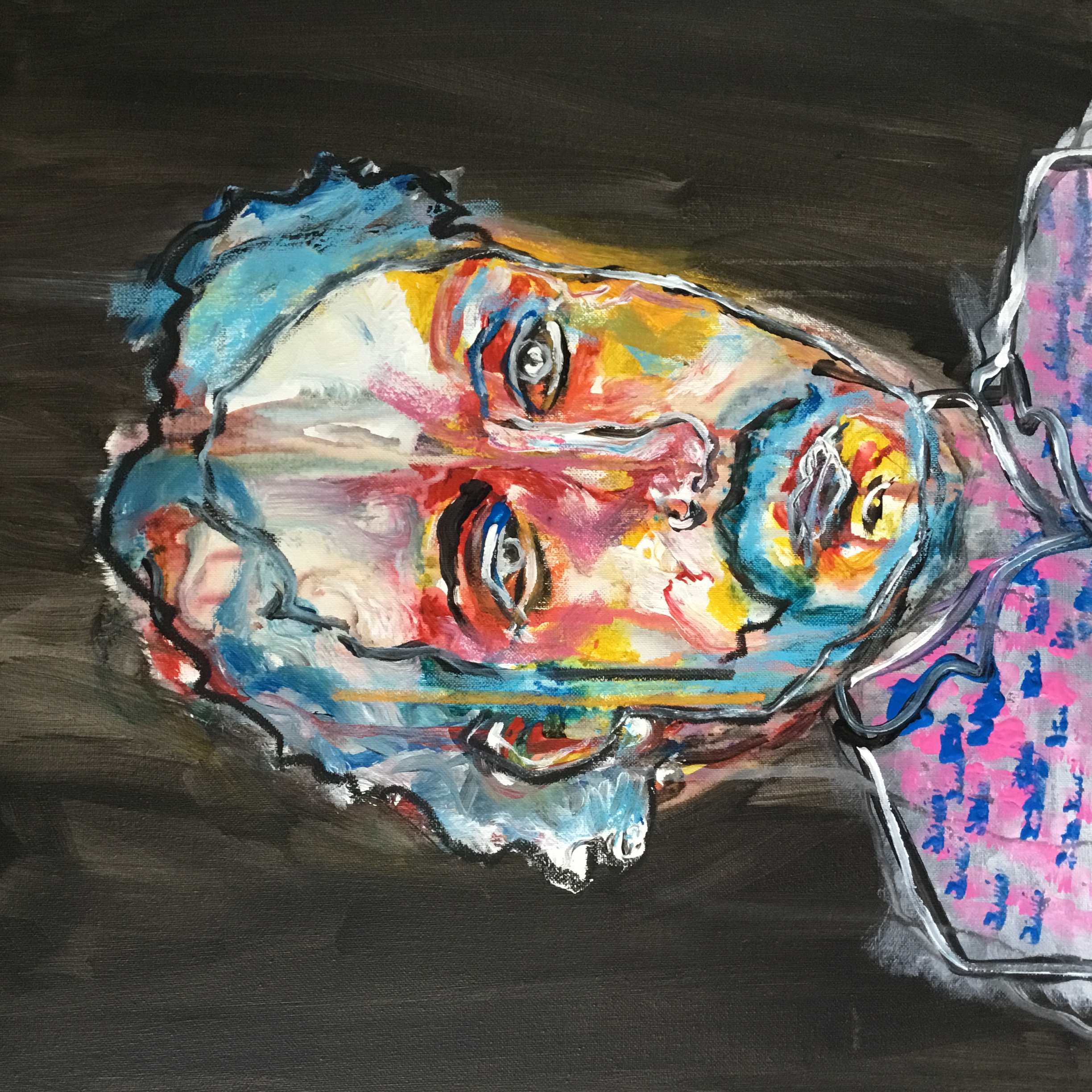 With no power to hold the deadbeats accountable, Dooleage, and many farmers and ranchers like him, are stuck waiting for the Orphan Well Association (OWA) to step in. But the beleaguered, chronically-underfunded OWA was struggling to keep up even before prices for Alberta oil and gas had started to crash.

The OWA claims to be primarily funded by the oil companies themselves, but has increasingly been sucking up more and more federal and provincial government funds in order to fulfill its mandate. Justin Trudeau’s federal Liberal government gave a $200 million “loan” directly to the OWA in 2020 as part of a $1.7 billion package to help address the rapidly rising amount of orphan wells and to put unemployed oil workers back to work. University of Calgary law professor Martin Olszynski has chronicled how the OWA in 2020 was majority funded by government and not industry.

While the public deals with his messes, Wilson enjoys the high life

The irony of Justin Trudeau stepping in to clean up W. Brett Wilson’s messes won’t be lost on anyone who has encountered him online. Wilson’s animus to the Prime Minister is notorious, one of the most prominent facets of his unhinged Twitter presence. Wilson—a man who has himself saddled Albertans with extremely costly environmental liabilities—saves his most venomous speech for environmentalists. “Slimy bastards,” Wilson posted in early 2018. “Hang them for treason.”

Wilson was widely condemned last year when he accused Mayor Naheed Nenshi, who is an Ismaili Muslim, of using the “race card” to win the 2017 municipal election, for which he was forced to apologized “without reservation” after Calgary comedian and actor Andrew Phung called for non-profits to boycott Wilson.

His comments as a public figure and behaviour as a businessman clash with the reputation Wilson has cultivated as a generous philanthropist. Wilson hosts an annual garden party at his posh Mount Royal residence to raise funds for various charities, where he can be seen rubbing elbows with celebrities and politicians. According to a Calgary Herald puff piece from 2019, Wilson claims his most recent party raised more than $500,000 for 11 adolescent mental health charities.

“I don’t think that wealthy Canadians are being anywhere near as generous as they could be,” he said in a 2011 softball interview with blogger Mike Morrison, describing philanthropy as “fun”, a “pleasure” and “powerful”.

Forent Energy named Wilson chairman of its board of directors in August 2010, five months after Wilson and his associates were behind the majority of a $4 million round of financing to the fledgling oil company. The company was intent on expanding its holdings in Nova Scotia, a risky move that hindered the company’s ability to raise capital, according to reporting in the Halifax Chronicle-Herald in 2014.

In 2013, Wilson reportedly owned 14.2 per cent of Forent, making him the company’s largest single shareholder, and he increased his holding to 16.5 per cent in 2015.

Joining Wilson on Forent’s board and as a major shareholder was Robyn Lore, who went on to receive $170,000 in fines from the Elections Commissioner over an illegal $60,000 donation to Jeff Callaway’s kamikaze United Conservative Party leadership campaign the same year Forent went broke.

Four days after entering receivership, the Alberta Exchange Commission (AEC) filed a cease trade order against Forent, due to the company failing to provide the AEC with its annual audited financial statements, management discussion and analysis documents, and certification of the annual filings for 2016. According to July 2016 filings from a failed merger with Perisson Energy, sitting on Forent’s audit committee was none other than W. Brett Wilson.

An April 27, 2017 affidavit from ATB Financial reveals Forent owed the bank $6.5 million which the company said it couldn’t pay due to tough times in the patch that were exacerbated by two unfruitful attempts to merge with Perisson in 2016, during which Forent wasn’t preparing its securities reporting and had agreed to hold two sets of assets in trust for Perisson. By August 2016, when Forent was approaching insolvency, it sold Perisson the rights to acquire oil and gas assets for five wells in Ribstone, Alta., and two wells in Success, Sask., where Forent had halted production due to low energy prices.

“That close to failure, they’re in the zone of bankruptcy and that is no-no land,” Regan Boychuk of the Alberta Liabilities Disclosure Project told the Progress Report. “That’s money that isn’t going to go to the bank that lended them the money and it’s not going to clean up the wells they left behind.”

At this point, Forent had only $692,000, which ATB and the AER agreed to divide among themselves, while the municipalities remained on the hook for the company’s unpaid property taxes.

AER spokesperson Tanya Zelinsky says the terms of their agreement are confidential, but did note that “Forent’s insolvency took place before the Supreme Court of Canada’s [2019] Redwater decision, which ruled environmental obligations must be fulfilled before creditors are repaid in insolvencies.”

What Forent and Wilson left behind

While Wilson and Forent’s other owners were able to walk away, municipalities, landowners, and regular Albertans were left holding the bag. “That’s how wealthy people get ahead. They don’t pay their bills all the time,” Dooleage observed. “How can a farmer make someone pay up?”

At the time it entered receivership in May 2017, Forent had licences for 84 wells, 8 facilities, and 24 pipeline segments.

Now there remain 31 inactive wells, 25 of which require closure. Of those, 16 were sent to the OWA for decommissioning and reclamation, according to the AER. As of March 2021, the OWA says seven of these wells remain orphaned, while nine sites await reclamation. You can see a map of Forent's orphan wells here.

“These sites are part of our current work plan but we don’t (have a) specific timeline due to the complex nature of the work,” OWA executive director Lars De Pauw said in a statement.

Boychuk pegs the cost of cleaning up the remaining 16 wells and sites at somewhere in the range of $2.1 million - $3.7 million, which is entirely separate from the $1.1 million in deposits Forent owed to the AER.

The distinction between wells that require closure and those that are orphaned is artificial, Boychuk says. “There isn’t a set of criteria that automatically makes a well an orphan,” he said, adding that there are 8,000 wells across the province that are completely inactive but have yet to be designated orphans.

“Not everything automatically goes to the (OWA). The receivers and regulator will try to pawn off as much stuff as they possibly can. They’ll give it away. They’ll give 1,000 wells to someone for a dollar if they’re willing to take it. The problem is the companies have deteriorated so much that you can’t even find someone to take anything for free anymore, because they’re just drowning in this stuff.”

In December 2018, the AER issued an environmental protection order for Forent to create a plan for the 16 wells’ reclamation, which Forent ignored. In October 2017, Forent was reprimanded by the AER for not monitoring the effectiveness of its soil erosion control program, Forent ignored that too.

Nigel Bankes, a law professor at the University of Calgary, says the AER has the ability to hold individual executives, like Wilson, accountable for failing to abide by environmental protection orders.

Under section 106 of the Oil and Gas Conservation Act, the AER can prohibit individual executives from companies who have contravened environmental protection orders from having direct or indirect control over future licences to extract natural resources.

“Within Canadian corporate law, it’s an unusual provision,” said Bankes. “Normally, there’s a complete separation between the corporation as a legal entity, and investors and others. Presumably, you would only use it in what you consider to be pretty egregious circumstances, because it’s a very complex procedure that engages Charter rights and it’s expensive.”

By nature of its complexity and costliness, the AER must pick and choose whom they go after with this provision, he added.

“I’m sure there’s politics within the AER as well,” said Bankes. “Do we go after a name like Brett Wilson?”

Zelinsky confirmed the AER didn’t take this measure against any Forent executives, justifying the decision by saying that by the time the environmental protection order was issued Forent had already gone into receivership.

While individual executives more often than not get off scot free, we’re all left with the financial and environmental costs of their negligence.

Dooleage said he isn’t concerned with risk of the well leaking, but Boychuk says there are many more unstable wells to worry about.

”It’s frankly a miracle that we don’t have more accidents, considering how much regulatory non-compliance there is out in the field,” said Boychuk. “Every one of these sites is a concern, regardless of its age, regardless of its record, and we should recognize that. We should have those who benefitted from that risk, fund what it takes to manage that risk.”

But no governing party at any level has shown the backbone necessary to force polluters to pay their own bills, so Wilson and other failed oil executives like him continue to get away with dumping orphan wells and environmental messes on the rest of us. For all of W. Brett Wilson’s hostility to Justin Trudeau on Twitter, he’s happy to let the Prime Minister clean up his messes at our expense. 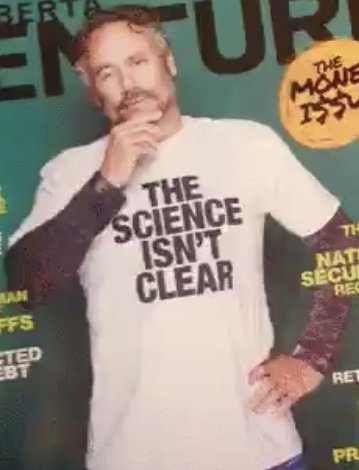 The April 2016 cover of Alberta Venture magazine featuring W. Brett Wilson. This image is nearly impossible to find on the internet.