Analysis: The fastest growing union in Alberta has never gone on strike

An analysis of every active certificate issued by the Alberta Labour Relations Board in 2020 shows that more a third–38 per cent–were issued to unions or employee associations that are not considered to be a part of the broader labour movement. 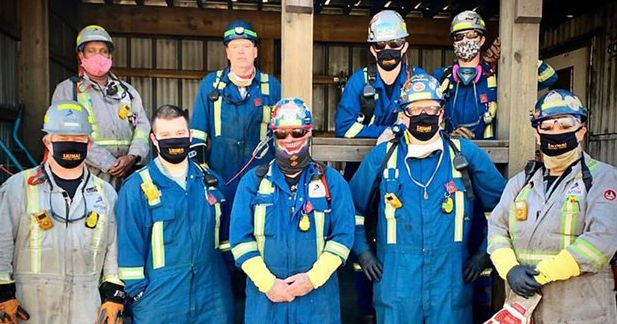 Members of LIUNA Local 92 working on the Suncor shutdown in June. Photo via Building Trades Alberta.

The organization that earned the most certificates in 2020 with 29 was Construction Workers Union, Christian Labour Association of Canada (CLAC) Local 63. The fastest growing union in Alberta has never once gone on strike in this province, is often described as a “pro-employer” union, and has a history of siding with business lobby groups like the Chamber of Commerce and the Canadian Federation of Independent Business on challenges to pro-union policy. CLAC also had the most certificates in 2019 with 22 and the most in 2018 with 75.

The organization with the second most certificates in 2020 was the United Food and Commercial Workers (UFCW) Local 401 with 27. UFCW Local 401 signed a contract with Sobeys this year that affected thousands of members who work at Safeway locations across Alberta. UFCW is an affiliate with the Canadian Labour Congress and broadly considered to act in the interests of its members, not bosses.

The public sector union with the most certificates was the Alberta Union of Provincial Employees with five, followed by various locals from the Canadian Union of Public Employees with four and the United Nurses of Alberta with three.

Since being elected in 2019 Jason Kenney’s UCP government has introduced multiple labour bills that have rolled back legislation introduced by the Alberta NDP which had brought Alberta labour law in line with many other provinces.

These companies saw CLAC win certification votes at their workplaces this year:

These companies saw either pro-employer unions or employees’ associations get a certificate:

There are a handful of connections between the organizations that signed certificates with pro-employer unions in 2020 and Merit Contractors Association, a group that describes itself as being part of the “open shop movement.” While Merit does not publish a publicly available list of their members Alan Kuysters, a vice-president at PCL Construction sits on the board of directors of Merit and Jason Franchuk, an operations manager at Graham Construction, also sits on the board of Merit. QUINN Construction was acquired by Graham Construction in 2017.